Kat Perry and Cory Holt were going for a typical sledding trip at the Ant Flat area in Utah. They never expected to be heroes that day, but when they came across an unexpected surprise, they knew they had to help. While they were sledding, they came across a beautiful Great Pyrenees curled around three young puppies. The dogs seemed to be stuck out in the middle of the snow. It was clear that they wanted help, but they were scared. Perry tried to approach the dogs, but she had no food to offer them. So, the mother dog was cautious and refused to come any closer. Perry and Holt knew that they wouldn’t be able to lure the dogs over like that, so they decided to come back the next day to try again.

The mom and her puppies were found nearly 3 miles away from where they had been the first time Perry spotted them. This time, she brought some food and a crate with her to make sure she could successfully rescue the dogs. Luckily, the Weber County search and rescue team happened to be nearby. The team doesn’t typically do dog rescues, they were happy to help. 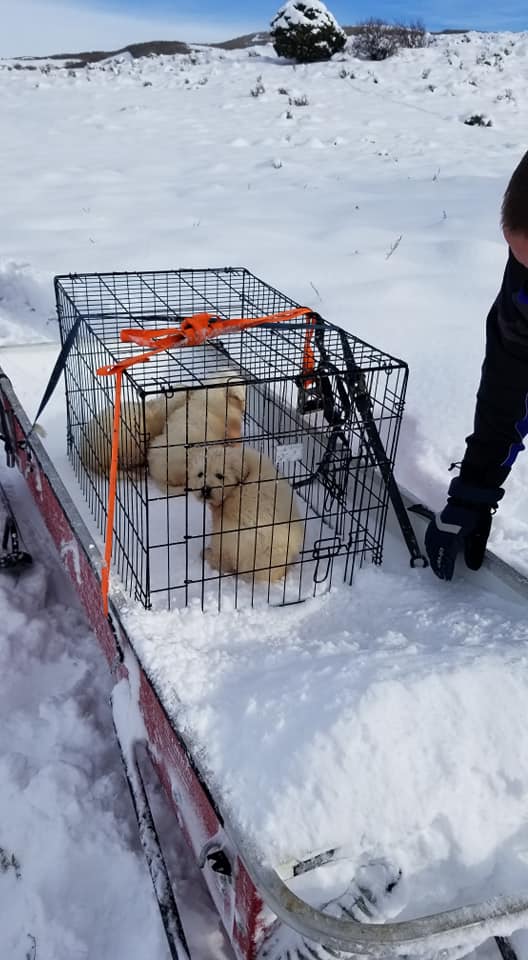 The search and rescue team brought a sled to help carry the puppies to safety. They were able to save all the puppies, putting them in a secure crate on the sled.

Unfortunately, the mother ran off before they could rescue her too. The search and rescue team said that they would return to look for the mother, but so far, she still hasn’t been found. They will continue to keep an eye out for her, and if she is found, she will be brought to the rescue with her pups. 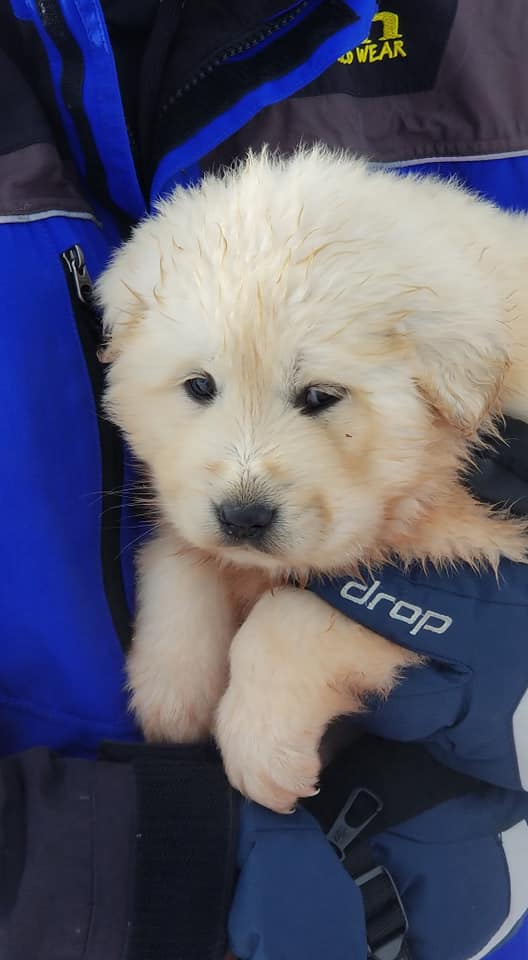 Now, all the puppies are safe and free from the cold. They appear to be about 7 weeks old, and they seem very healthy.

Perry is currently taking great care of them, and once they grow older, she will help them find their forever homes. They were all given a well-deserved bath, and now they are receiving plenty of love and attention. Perry regularly posts updates about the puppies on her Facebook page. 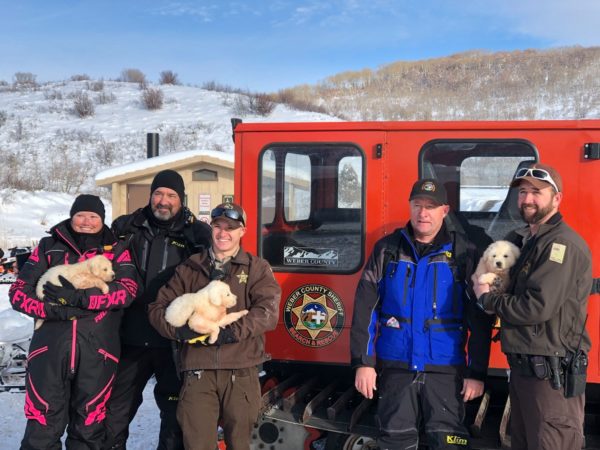 Perry is currently working with the Great Pyrenees Rescue of Montana. Once the puppies have received proper vaccinations and have been spayed or neutered, then they will be ready for adoption. The rescue is still hoping to find the mother as well. Once the mother has been rescued and once she receives the medical care she needs, then she will be up for adoption as well.

The post Woman Helps Save Puppies Stranded in the Snow appeared first on iHeartDogs.com.

Spread the love Jitterbug the Cane Corso was found alone on the side of a busy street. Several people had...

Spread the love Losing a dog is one of the hardest things a person can go through. After all, dogs...

Spread the love I’m not a big football fan, but that doesn’t mean I don’t look forward to the day...