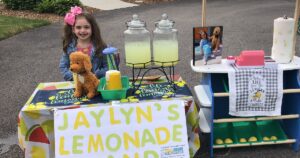 They say that when life gives you lemons, you should make lemonade. Well, that’s exactly what six-year-old Jaylyn decided to do. After her beloved best friend, a Mini Goldendoodle named Dexter, suddenly passed away from heart-related issues, she was understandably upset. She wanted to do something to honor their sweet friendship.

“Jaylyn had a tough time with it. It was her first best friend. She wanted to do something in his memory, so she decided to set up a lemonade stand and let the local community know,” said Rebecca, Jaylyn’s mother 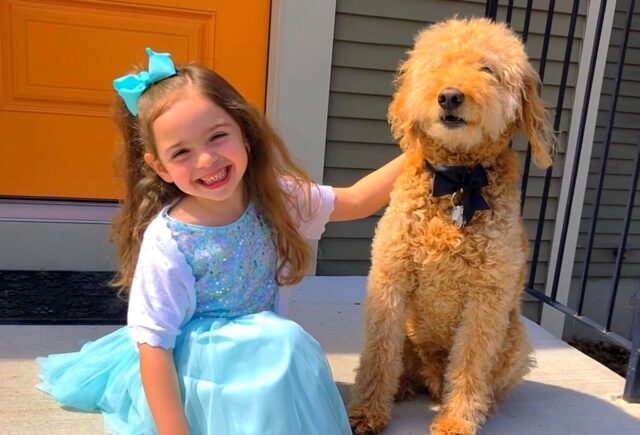 When Jaylyn posed the idea to her parents, both of them were super supportive. They shared the details on social media and headed straight to the store for all the lemonade stand essentials. It was even entirely Jaylyn’s idea to take wherever profits she made from her lemonade stand and donate them to their local animal shelter.

“It was all her idea which was pretty awesome. She’s very young, but she just gets it. I really do think she’s like the greatest human being I’ve ever met and I’m not just saying that because she’s my daughter,” said Raymond, Jaylyn’s father. 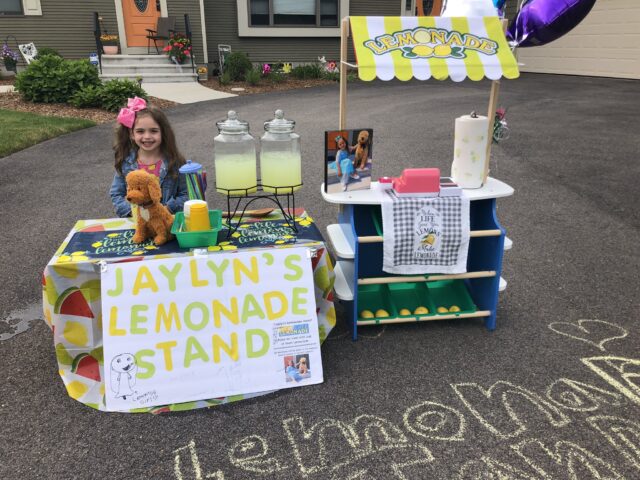 Once they had gathered all of the necessary supplies, they set up the stand, decorated their driveway with sidewalk chalk, and prominently displayed a photo of Dexter and Jaylyn. Originally, her parents were worried that there wouldn’t be much turn-out due to the rainy Memorial Day forecast, but it actually worked out in their favor. Since so many gatherings were washed out from the weather, plenty of people were available to swing by.

“We weren’t expecting this much support, so it was wonderful. A lot of people have huge hearts and want to support our local furry friends that don’t have homes, so it was really great,” said Rebecca. Jaylyn sold each cup of lemonade for one dollar, but visitors often felt inclined to donate a bit extra to the cause. Anyone who has lost a furry family member knows the heartbreak of losing a best friend, so they wanted to help her succeed. Six-year-old Jaylyn wound up raising $1000 from her fundraising, but waited before delivering it to the shelter. Friends and family had asked for the opportunity to continue to donate to her cause for a few more days.

“We’re very proud of her for giving back to the community and just understanding that people all have losses, but to do something to make lemonade out of lemons, it’s a definite life lesson,” said Rebecca.

The post Six-Year-Old “Makes Lemonade Out Of Lemons” After Losing Best Friend appeared first on iHeartDogs.com.

Spread the love The Humane Rescue Alliance in DC has come up with a clever way to find homes for...

Spread the love Will it ever not be funny seeing dogs do things that make them look like people? I...

Dog Refuses To Get Out Of Bed, But Agrees To Share With Toddler

Spread the love I personally can’t imagine living in a household that bans dogs from the furniture. I love having...