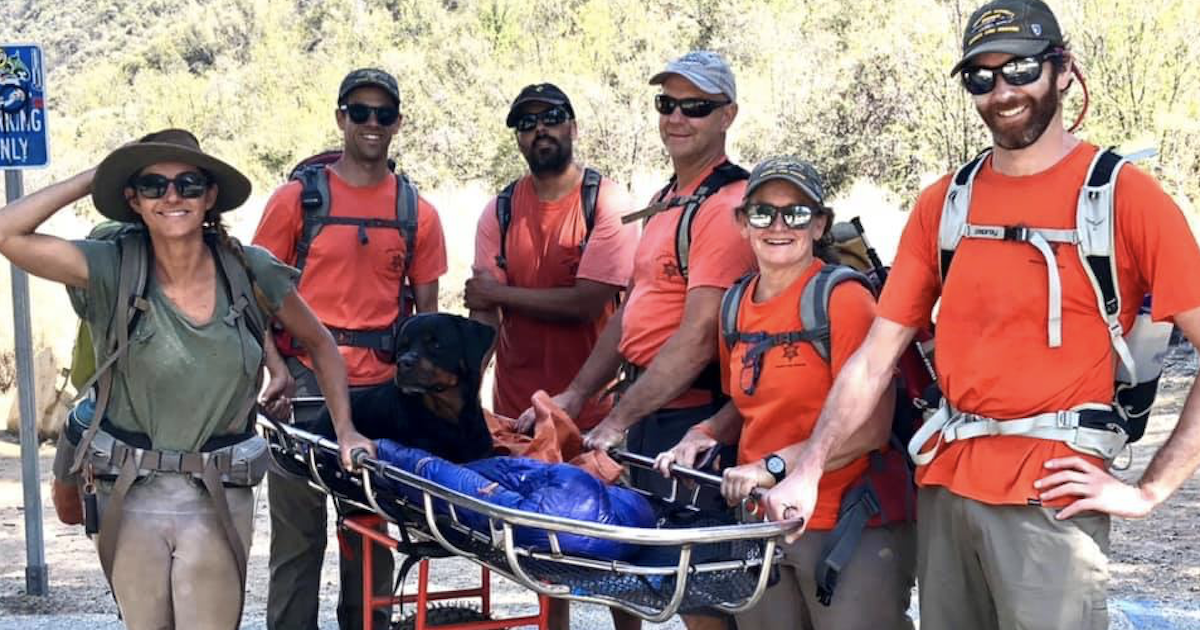 Kinga Szpakiewicz and her 80-pound Rottweiler named Lusha love hiking together. They often spend several days on hiking trips in California. It’s an excellent chance for them to bond and take a break from the chaos of the real world. But when something goes wrong, suddenly being away from civilization doesn’t seem so perfect.

During a three-day hiking trip on the Sespe Creek Trail in Los Padres National Forest, Lusha hurt her paw. The pup was unable to finish the hike, so Szpakiewicz had to frantically find someone to carry her giant dog home. Luckily, nearby hikers were happy to help. On the third day of the duo’s hiking trip, the 8-year-old Rottweiler cut her paw on a rock. They were over four miles from the nearest trailhead and nowhere near their car. The cut seemed minor, so Lusha continued walking without problems at first. But eventually, she stopped in her tracks and refused to walk any farther due to the pain of her paw.

Szpakiewicz knew there was no way she could lift Lusha by herself. But luckily, she’s very familiar with the area and was able to get the attention of some fellow hikers. The other hikers helped carry Lusha for a few minutes to a safer location. Then, they called it a night so Lusha could rest her paw. 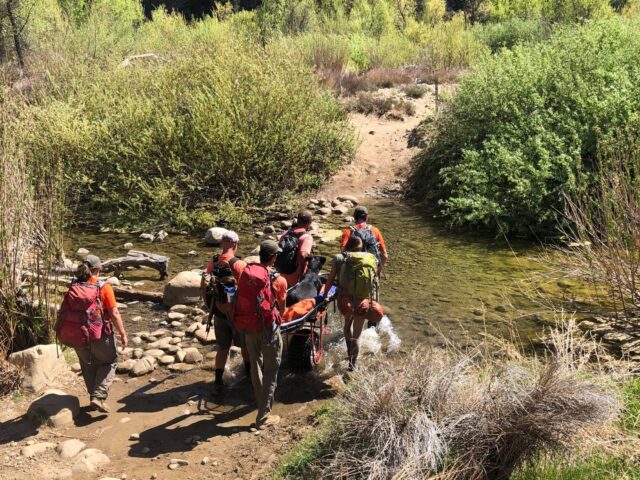 In the morning, it was clear that Lusha still couldn’t walk any further. So, with the help of the fellow hikers, Szpakiewicz contacted the Upper Ojai Search and Rescue. It wasn’t the kind of rescue mission they were used to helping with, but they came to the scene without hesitation.

Volunteers Save the Day!

Six Search and Rescue volunteers hiked to Lusha’s location. They came with a lightweight, trail-friendly stretcher with a wheel to put her on. Szpakiewicz also placed her sleeping bag on the stretcher to ensure that Lusha stayed comfortable. She said Lusha looked like a princess as her rescuers lifted her on the stretcher. 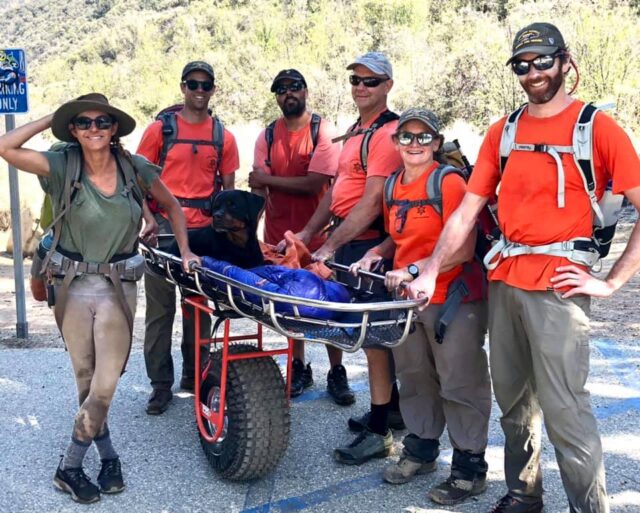 The hike back was no easy task, but the rescuers were persistent. They crossed rivers, rocks, and other obstacles, but eventually made it to safety. Szpakiewicz has since taken Lusha to the vet, and everything seems fine now.

Deputy Jason Havelka used this story to remind others to be responsible while hiking. He says that satellite communication is essential when you’re hiking somewhere far from cars and people. Szpakiewicz admits that she usually avoids communication during her hikes so she can feel more relaxed, but she will be sure to take the deputy’s advice. After all, she will need to be extra careful from now on to ensure that Lusha stays safe.

Woman Helps Save Puppies Stranded in the Snow

Spread the love Kat Perry and Cory Holt were going for a typical sledding trip at the Ant Flat area...