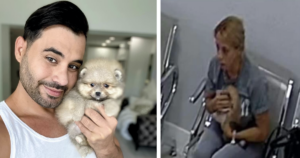 Cuban singer Lenier Mesa had a friend bring his 8-week-old Pomeranian puppy to the vet for vaccinations. For most dogs, it’s a quick and easy process. Yet, it didn’t go so well for the precious puppy. When no one was looking, a woman stole the dog and made a run for it.

Mesa was devastated when he heard the news, and he offered a $1,000 reward to anyone who found the puppy. Luckily, the puppy fell into the hands of someone more trustworthy, who returned the little dog without hesitation. Panda the Pomeranian puppy was at the Best Care Animal Clinic in Florida when he was stolen. Surveillance videos show a woman near Panda’s carrier while one person was checking out at the counter and another was sitting in the corner with a dog. When no one was looking at her, she took the pup out of the carrier and stuffed him under her shirt.

Then, the woman casually walked out with the puppy as if nothing unusual happened. At the time, no one questioned why she was there without a pet. Yet, the vet explained that people often come in to pick up their pet or buy medications, so nothing had seemed unusual up until that point. Of course, Mesa was heartbroken.

“I just want to tell the lady and anyone that knows her: just give the dog back. Nothing will happen,” Mesa said. “I won’t call the police. Just message me in private and just give me back the dog. There won’t be a problem. All we want is the dog returned.” He turned to social media to help track down the woman based on the video footage. He discovered that her name is Madelyn Acosta, so police are looking into it. Mesa even offered a $1,000 reward for Panda’s safe return. It wasn’t long before someone stepped forward with information.

There’s Good in the World

A homeless man was the one who returned the missing Pomeranian to the vet clinic. Reports say that the suspect gave him the dog, so he did the right thing and returned him. It’s unclear if Mesa gave the homeless man the reward, but of course, he’s grateful to have the puppy back.

“Panda is safe, Panda is where Panda should never have left. He’s happy again. Thanks to all,” Mesa wrote on Facebook. 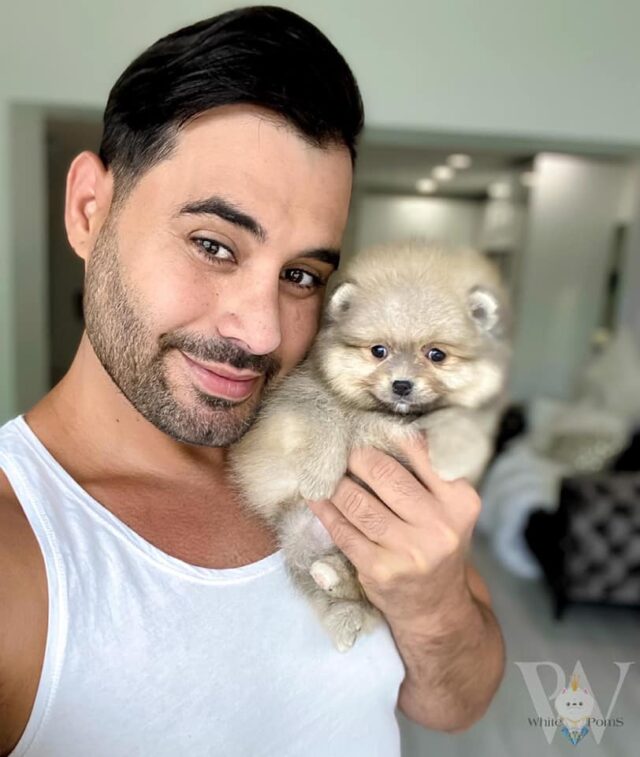 It’s also unclear if the woman who stole Panda has been located yet, but police are investigating. Of course, it’s important to keep a close eye on your dog any time you’re in public, but it’s upsetting that someone would do this to an innocent dog. Panda is lucky to be back home with a human who loves him.

Spread the love When it comes to choosing the top pet-friendly cities, we want more than just restaurants with dog-friendly...

Spread the love Dogs can be the silliest clowns and it’s one of the millions of reasons we love them,...

Spread the love At 11-years-old, Max was dropped off at The Animal Care and Control Team of Philadelphia (ACCT Philly)...