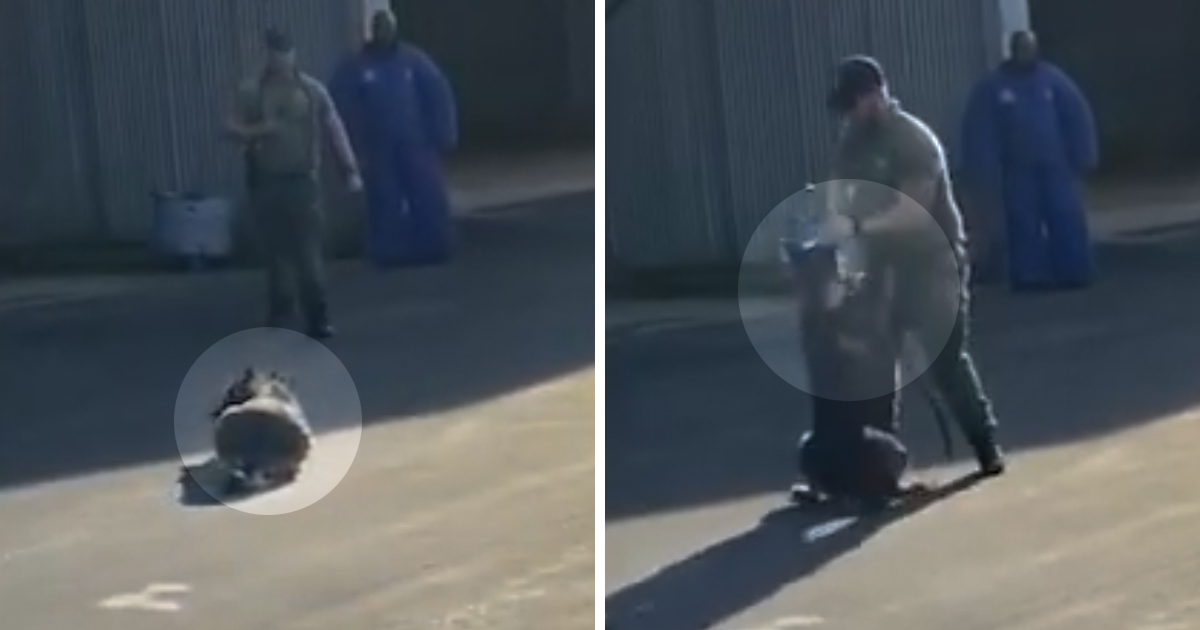 WARNING: Pictures and video might be sensitive to some readers.

The video is tough to watch for anyone with a heart, especially dog-lovers.

A K-9 police officer in Salisbury, N.C., has been been “administratively separated” from his K-9 partner, Zuul, after a minute-long video surfaced of him yelling at the 4-year-old German Shepherd, choking him by his leash, then throwing the dog against a police vehicle before tossing him in the backseat and striking him with his hand.

The video, first obtained by WJZY-TV of Charlotte, appears to be body camera footage from another officer on the scene. The station first published the footage on March 2, 2021, and it has sparked outrage from many, including local residents along with dozens of animal rights advocates.

The video begins with Zuul jumping out of the backseat of a vehicle and walking towards the officer. The officer immediately yells at Zuul while walking aggressively toward him. Zuul lies down on all fours with his belly on the ground. The officer then attaches a leash to his collar and picks him up by the leash, holding Zuul like a duffel bag over his shoulder while carrying him to the vehicle where he finally slams him into the backseat before striking him with his hand. At one point, an off-camera voice says, “We’re good, no witnesses.” Later, another off-camera officer is heard asking if anyone has their cameras turned on with a voice responding with, “Ah, no, my power’s off.”

The dialogue between the officers seems to indicate that they knew what had happened was wrong and should be covered up. The department has yet to name the officer, citing an ongoing internal investigation that also includes an outside agency.

At a March 4 press conference to address the matter, Salisbury Police Chief Jerry Stokes told reporters the “Salisbury Police Department is aware of a video that has been provided to media depicting a Salisbury officer during a K-9 training but we cannot comment on the details because it’s an ongoing personnel matter.”

Zuul attended the press conference and Stokes said he would be assigned a different handler but would remain on the force. 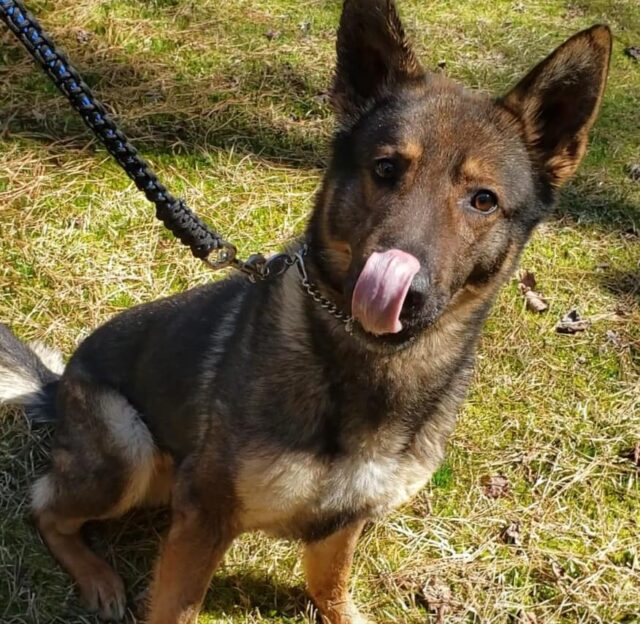 “The K-9 was not harmed and is healthy and is being well cared for,” Stokes said at the press conference.

In a March 2 press release, the Salisbury Police Department said, “The health, safety and well-being of Salisbury Police officers, human and canine, is our top priority” before going on to state:

“It is important to understand that a police canine is trained to use force against criminal suspects and a handler must ensure they have complete control over the dog at all times so that any use of the canine in the field is appropriate and lawful. When a canine is noncompliant with the handler’s commands, the handler is trained to correct the dog. Canine training tactics and corrective measures can sometimes be alarming out of context. SPD cannot and will not comment about whether the training tactics used in the video were appropriate, because that is still being reviewed.”

The story has been widely reported by news outlets such as the New York Times, TMZ and People Magazine. Several online petitions to have the officer fired have been started on Change.org. One petition suggests that under a federal law that covers police K-9’s and other service animals, federal authorities can charge the officer with a felony act of animal cruelty.

Links to two of the petitions can be found at the end of this article.

Salisbury City Council Member and Mayor Pro-Tem Al Higgins issued a statement calling for the investigation to be as open and transparent as possible. 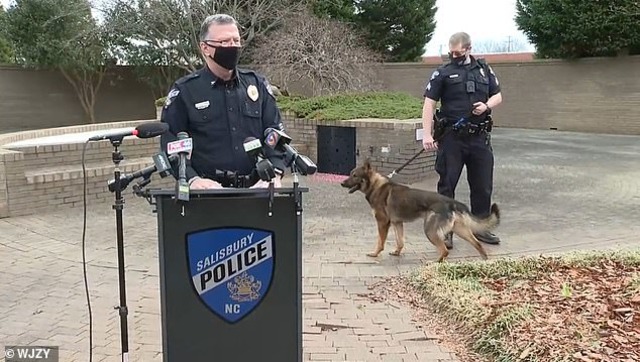 People for the Ethical Treatment of Animals (PETA) protested in front of the police station on Friday, March 12. They’re also encouraging people to attend a Salisbury Virtual City Council Meeting on Tuesday, March 16, at 6 p.m. to voice their concerns and opinions.

In a statement, PETA said “The group will also call for the abusive officer to be prosecuted for cruelty to animals.”

The statement went on to say, “In 2021, a police department that covers up for one of its own instead of charging him with a violation of state law for inflicting physical abuse on a trusting dog who serves this community should not operate a K-9 unit.”

The below video covers the brief statement from Salisbury Police – but be warned that it also shows the original video of abuse.

Spread the love Therapy dogs have the gift of delivering comfort and security during scary, difficult, and overwhelming times. Their...

Spread the love When Ashley Farley came home one day to find that Ella, her Pomeranian puppy, was missing, she...

Spread the love Any sudden fire can be scary, but when you’re several floors off the ground, there’s even more...