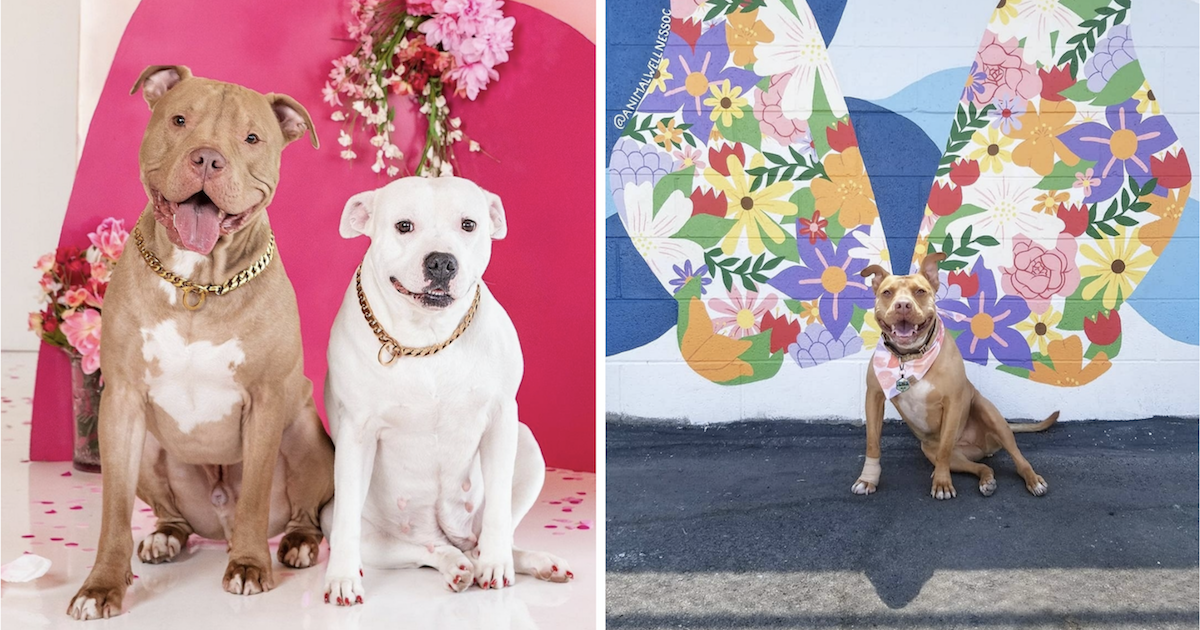 Pit Bulls are some of the sweetest, most charming creatures you’ll ever meet. But sadly, not everyone sees them that way. For decades, Pit Bull type dogs have been known as “mean,” “aggressive,” and “scary.” Yet, anyone who’s lived with a Pit Bull knows this couldn’t be further from the truth.

So, Pit Bull influencers are turning to Instagram to change the way the world sees these dogs. With one cute post at a time, these social media famous pups are making a difference. Judging dogs based on breed needs to be put in the past. 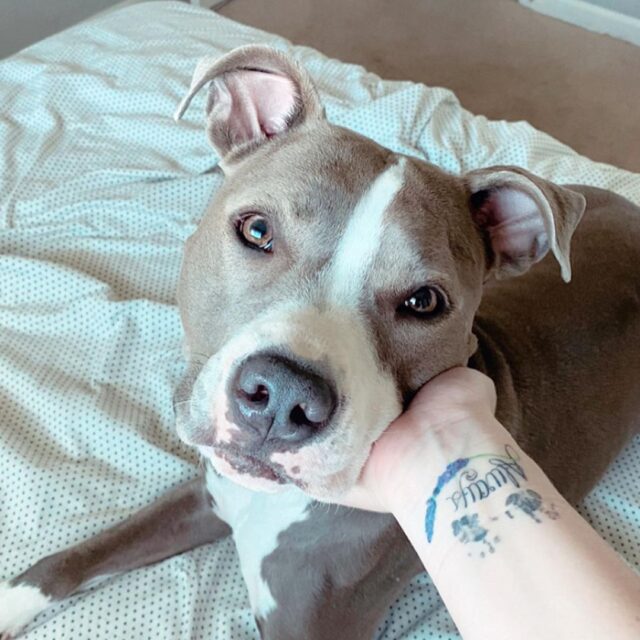 Many people, even some who adore dogs, believe that “Pit Bull” refers to one dog breed. But in reality, it’s just an umbrella term that’s often used for dogs with a blocky head and muscular build. These dogs are often descended from bulldogs are terriers.

The most common Pit Bull breeds are the American Pit Bull Terrier, American Staffordshire Terrier, American Bully, and Staffordshire Bull Terrier. But oftentimes, other dogs fall under this label too, especially if they’re mixed with one of those breeds. So, when people discriminate against Pit Bulls, they’re not just spreading hate to one breed, but to any stocky, muscular dogs that fit the description. 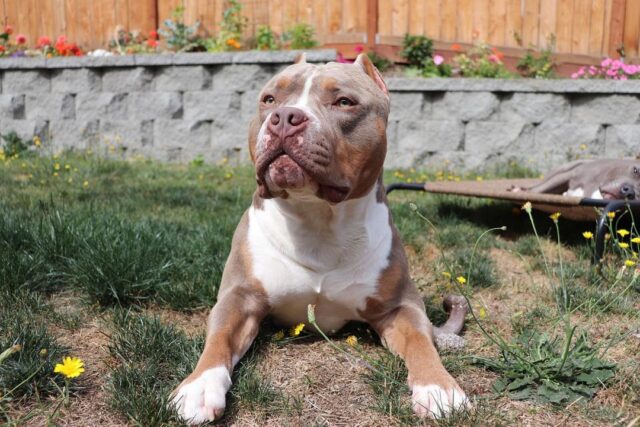 In the early 20th century, Pit Bulls were seen as beloved American pets. These loyal dogs helped during the war and some presidents even had them as companions. Many Pit Bulls were also called “nanny dogs” because they behaved so well around children. But in the 1980s, things went downhill. 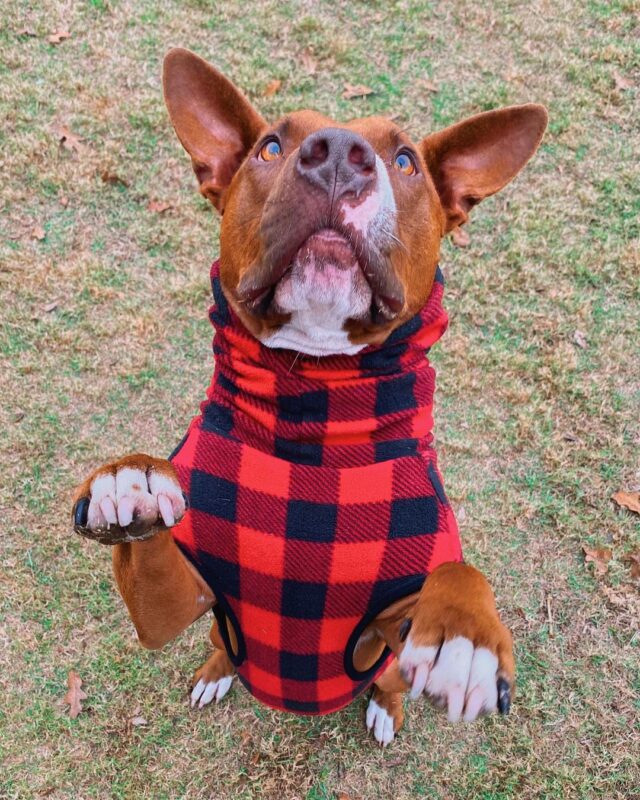 Criminals realized that dogs were easier to own than guns, so they used them for defense. Soon, Pit Bulls were also commonly used for dogfighting. In fact, nearly all the dogs rescued from Michael Vick’s dogfighting ring in 2007 were Pit Bull breeds.

Now, Pit Bulls are suffering because of these darker times in their history. They’ve been banned from housing, doggy daycares, airlines, and even towns. But no one should be judged solely on their appearance. So, these stereotypes are harmful, which is why many dog lovers are fighting to end breed discrimination. 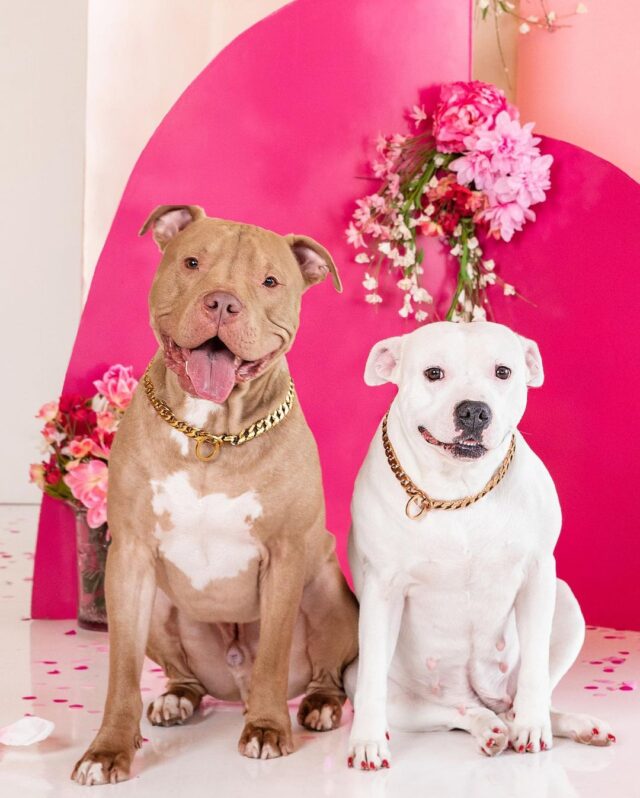 There are thousands of famous pets on Instagram, but now Pit Bulls are taking the spotlight. Every time a cute Pit Bull post is made, it could be changing someone’s views on the breed. These Pit Bull celebrities are the key to ending hate against certain breeds.

Gracie the Pit Bull was left tied to a fence, covered in dog bite wounds. She suffered so much pain back then, but now, she has over 105,000 followers on Instagram. Her life has been turned around because a kind human showed her some love. Rey, Boris, Bronson, and Baloo are just a few of the other Pit Bull type dogs who have turned to Instagram to share their stories. 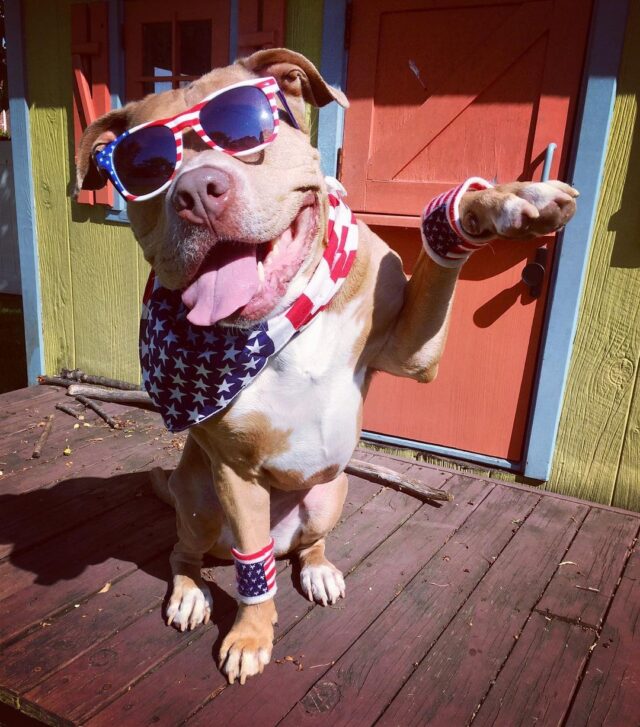 On these Instagram pages, the dogs are shown playing, cuddling, and acting silly. Most people don’t even associate them with Pit Bulls at first because they can’t get over how cute they are. Once they realize that these sweet canines are the “big mean dogs” everyone is talking about, it often changes their perspectives about dog breeds.

“Sixteen years ago, when social media wasn’t what it is today, all we had were sensationalized reports about pit bulls mauling children and dog fighting,” said Jaqueline Keidel Martinez, Rey’s human. “This kind of puts the power back in our hands to change that narrative.” 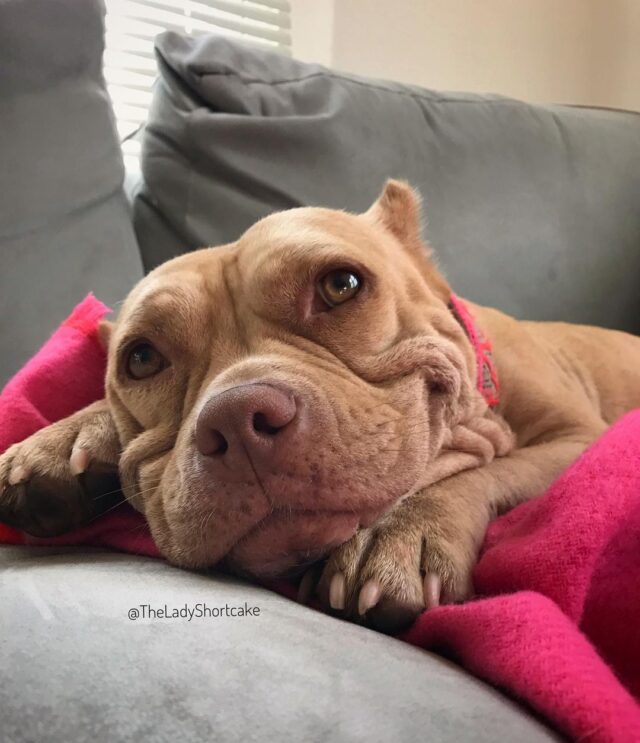 In addition to changing the Pit Bull’s image, these dedicated dog lovers also hope it encourages more families to adopt. Lots of dogs need forever homes, but Pit Bull mixes are in more danger than ever. About 2,000 to 3,000 Pit Bulls are euthanized in the United States daily. And sadly, only about one in 600 Pit Bulls make it to their forever homes. Breed discrimination is a big reason behind that sad statistic.

So, to save as many dogs as possible, Pit Bull parents will continue to keep sharing their adorable dogs’ photos. We need to share cute Pit Bull content to overshadow the false information that’s out there. Too many people are quick to judge these dogs without meeting them, but even just changing one person’s mind can make a difference. 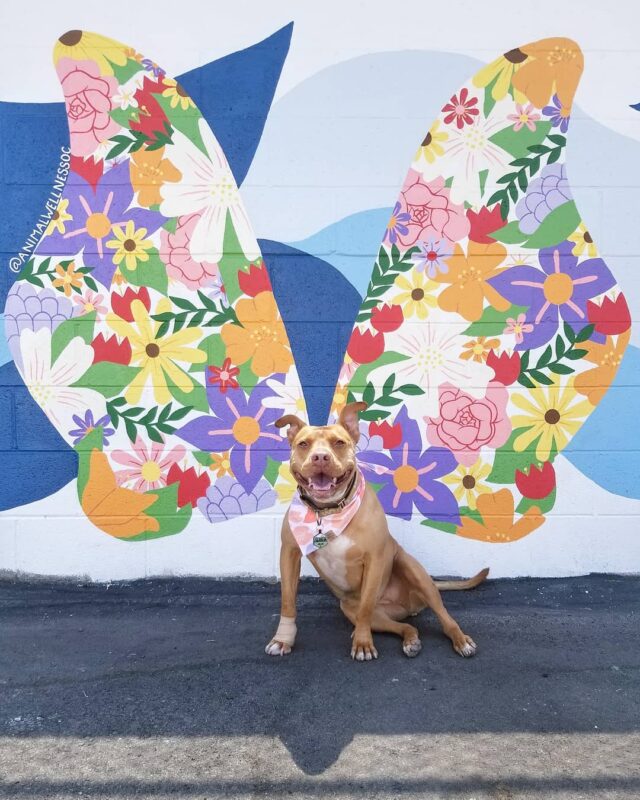 “It’s the quietest followers who you don’t realize that you’re touching,” said Tanya Turgeon, Gracie’s mom. “It will be someone who I don’t recognize their name who will message and be like, ‘Yeah, we adopted our dog three years ago because of Gracie.’ … Just ’cause someone saw the account and was like, ‘Oh my god, you made me fall in love with this I’m going to go adopt,’ and it’s a dog I didn’t even know about. So even if that happens once, that makes me over the moon.”

If you have a Pit Bull in your life, don’t be afraid to show the world how wonderful they are. There are so many positive Pit Bull accounts on social media already, but there’s always room for more. A dog is so much more than their breed, so it’s time to get rid of all the outdated stereotypes and assumptions. Instead, let’s love dogs for their charming personalities, not their DNA.