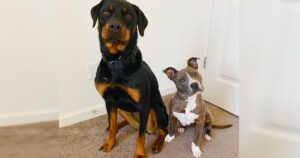 Stormi the Pit Bull puppy was nothing but skin and bones when humans found her. At the time, the skeletal pup had been abandoned in a basket in the park, just barely clinging on to life. She was so weak she could hardly move, but when she looked into her rescuer’s eyes, it was clear that she wanted to fight for her life.

Now, thanks to a second chance, Stormi is thriving. She’s one of the happiest, most beautiful Pitties you’ll ever see, and it’s all thanks to her new family. Plus, her new Rottweiler sister played a big role in her transition. 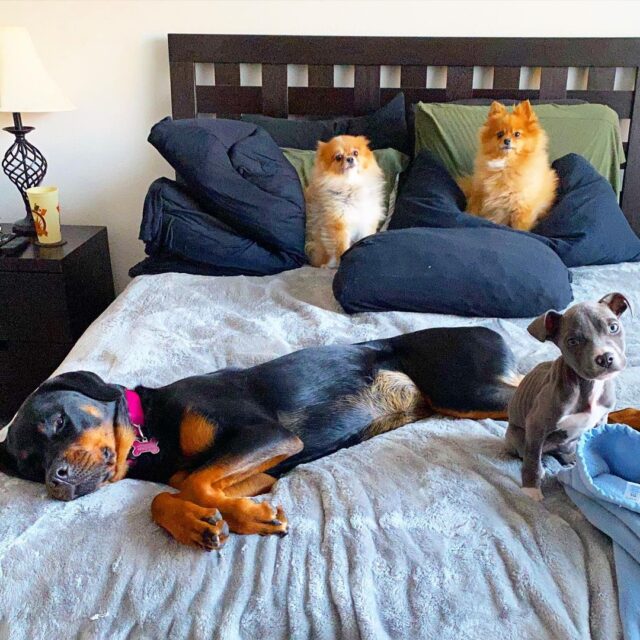 Jessica the vet nurse, welcomed Stormi into her home and gave her a safe space to recover. She set up a mini hospital room for Stormi in her bathroom, complete with a cozy bed and crate. Stormi didn’t mind being pet despite everything she had been through, and she slowly warmed up to her rescuer.

On day one, she sat up, which was a big milestone for her. She survived the night, giving Jessica hope. By day three, Stormi wagged her tail. It might seem like an everyday behavior to most dog parents, but it was a huge milestone for the fragile puppy. 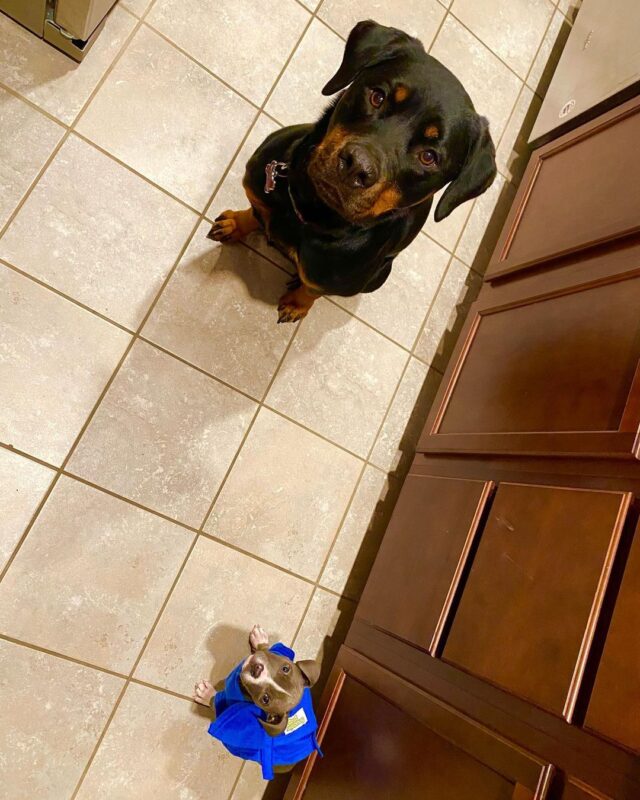 “It was the most incredible milestone,” said Jessica. “At that point, that’s when I knew we had a little bit of an upturn, that she looked stronger. She looked brighter.”

Soon after her first tail wag, Stormi started walking around and exploring the house. That’s when she met Jessica’s three dogs: Fuzzy, Rascal, and Elle. Fuzzy and Rascal are Pomeranians, while Elle is a Rottweiler.

Despite only being a few pounds, Stormi quickly formed a bond with the large Rottweiler. Her personality came out more whenever she was around Elle, and she always tried to play with the bigger dog. Elle isn’t always in the mood to play, but she loves Stormi too much, so it’s hard for her to say no. 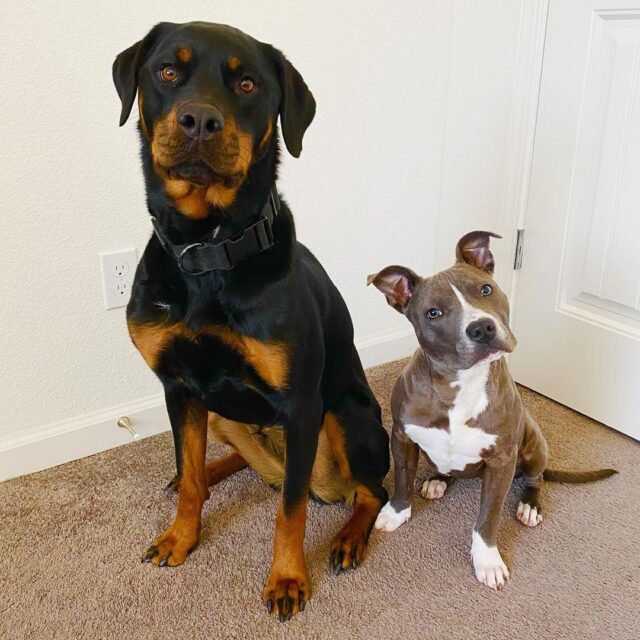 “My Rottweiler, Elle, will be trying to sleep, and Stormi will come up and grab her little cheek and pull on it and just want her to get up,” said Jessica. “Elle is too nice of a dog to say no!”

The two chase each other around the house, mouth-play with each other, and even rip up toys together. It’s an unlikely friendship, but it has helped Stormi’s progress so much. Elle brings out Stormi’s confidence better than anyone else can.

Jessica soon realized that she couldn’t let Stormi go. So, once the pup was old enough and healthy enough, she decided to adopt her. The vets at work helped organize a surprise party for Stormi to celebrate her adoption day. 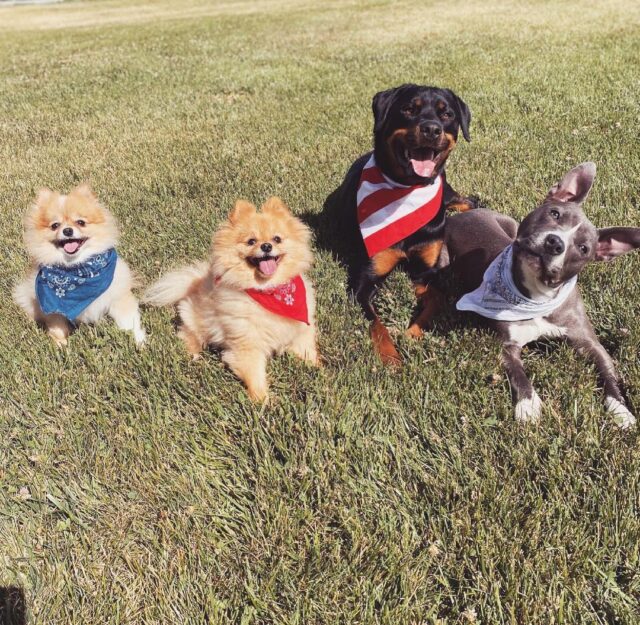 “She’s bigger and strong and doing everything she wants to do,” said Jessica. “It makes me extremely happy.”

Stormi went from being on the brink of death to being one of the most loved Pit Bulls out there. Now, she’ll never have to worry about being abandoned ever again. Of course, her older canine sisters will be there to help her through every step of the way.

Spread the love Sorry to bring this up again for any Carolina Panthers fans… Christian McCaffrey recently sprained his ankle,...

Spread the love An emaciated Newfoundland Mix was found wandering the streets alone on a cold winter night. When officers...

Thanks To You, Fern Is Off The Streets Now