Sorry to bring this up again for any Carolina Panthers fans… Christian McCaffrey recently sprained his ankle, landing him on the reserve/injury list. The running back’s injury will keep him out of play for at least four to six weeks. He hopes to play again sooner than that. For now though, he’s healing and waiting it out at home.

A few days ago, McCaffrey’s girlfriend (supermodel Olivia Culpo) returned home with her toy Golden Doodle Oliver Sprinkles in tow. She shared the cutest video in her story of Oliver and McCaffrey reuniting, writing:

“Someone’s excited to see their dad!!!”

That’s a pretty accurate caption I’d say. Oliver was wriggling in Culpo’s arms the moment the two rounded the corner into their living room. 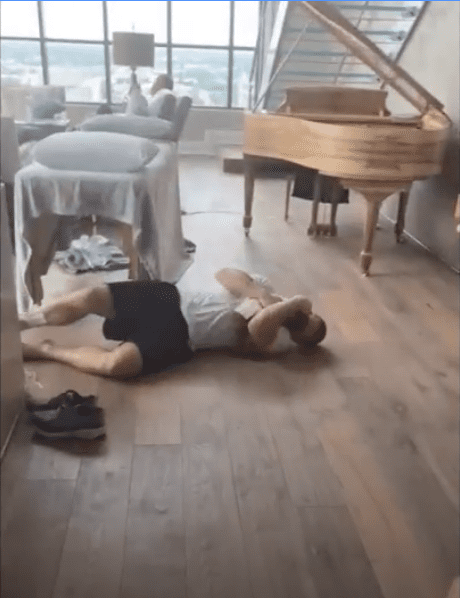 The tiny pup shot right over to his massive NFL player dad, who completely melted at the sight of him. McCaffrey couldn’t help but shriek “Hi buddy!” as he lied right down on the ground. 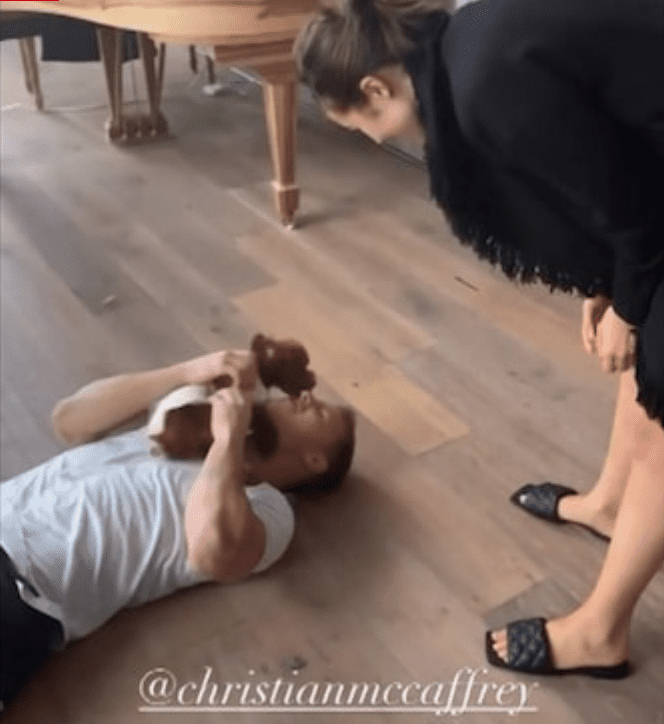 I’m sure I don’t have to tell you how therapeutic having a dog around is. Especially when you’re on the mend. McCaffrey’s beaming face and distinct use of “the baby voice” says it all: this is love! 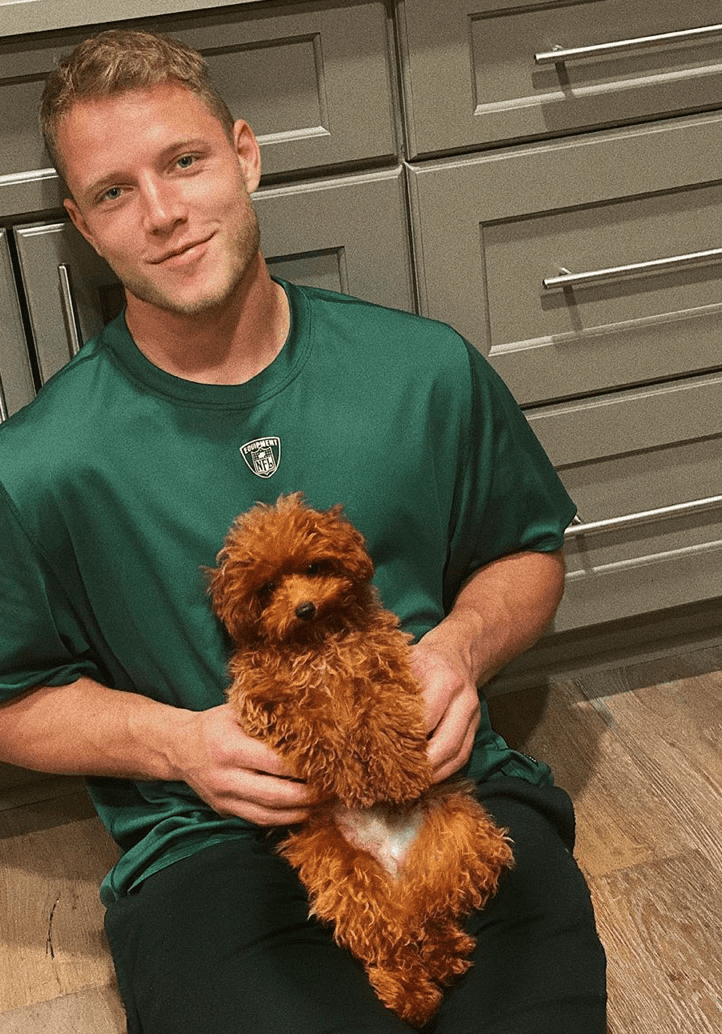 Even though McCaffrey may be a beast on the field, he’s a sweet dog dad at home.

Unfortunately, you won’t see McCaffrey sharing much on his Instagram that doesn’t relate to football. But you definitely can find a ton of [adorable] pictures of Oliver Sprinkles on Olivia Culpo’s Instagram. Can’t really say I blame her, he’s extremely cute. 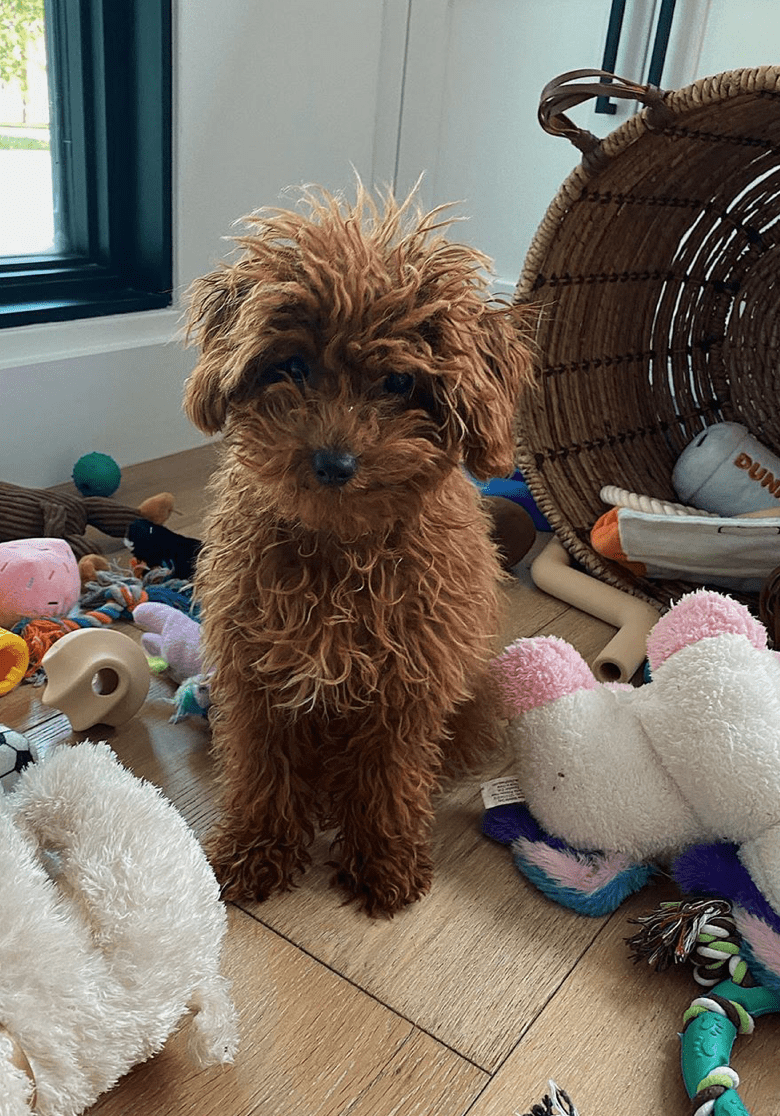 This dog seems like he’s pretty spoiled, which of course is what I would do if I were a supermodel/NFL player couple with means. 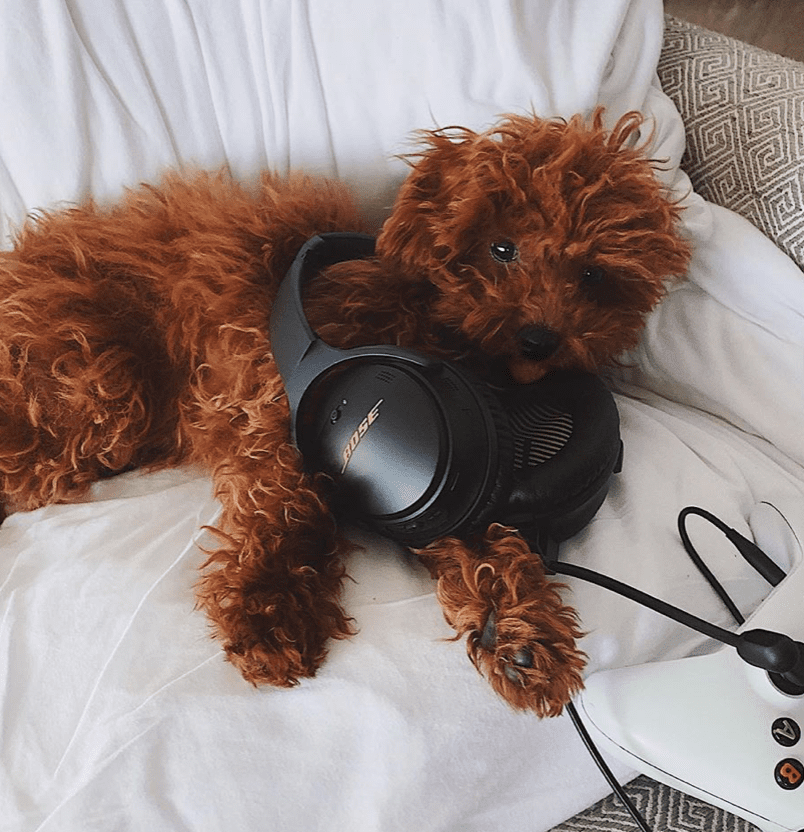 Oliver Sprinkles goes pretty much everywhere with Culpo. He also frequently sits on her lap or rests in her arms. I would never want to put him down either! 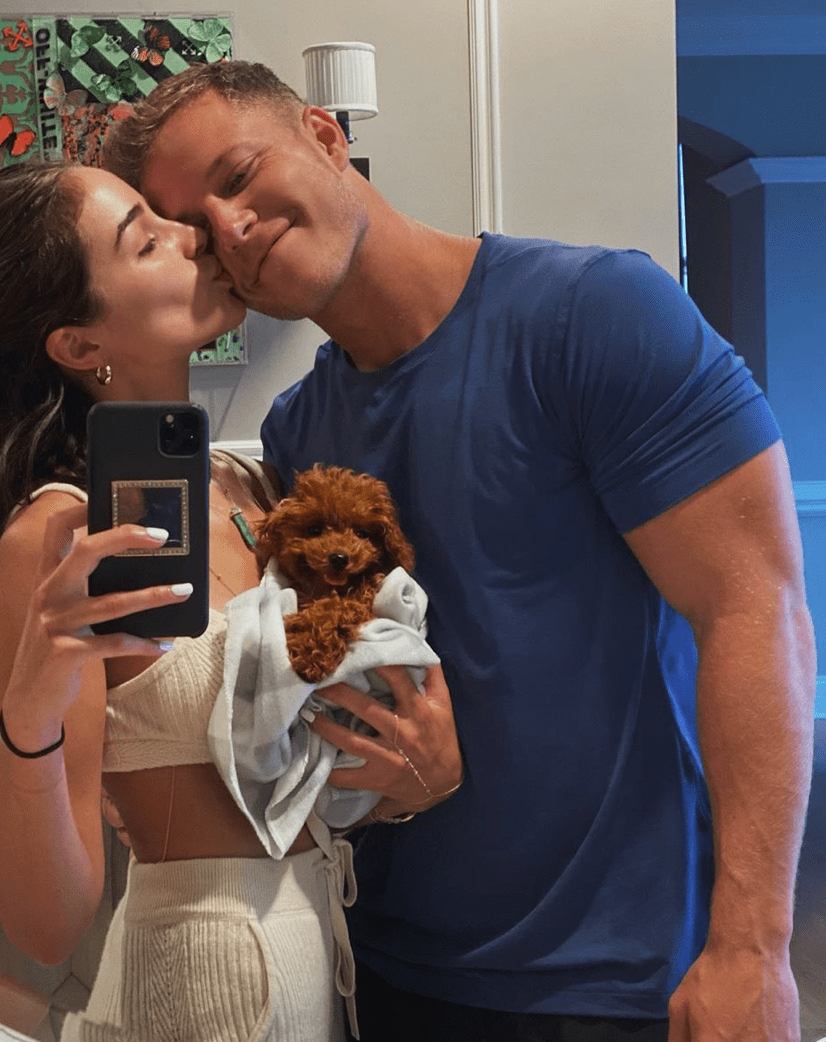 “This is the cutest muffin I’ve ever seen in my life.” -@amanda4900 via Instagram

If you think Golden Doodles like Oliver Sprinkles are the cutest dogs out there, look into rescue organizations before you reach out to breeders.

Spread the love When a dog gets adopted, they have lots of reasons to feel stressed and confused. They’ll likely...

Dog Trapped On A Steep Cliff For Days Is Finally Rescued

Spread the love A dog that was later named Clifford was found trapped on a steep cliff in Twin Falls,...

Dog Leads Rescuers To His Missing Owner, A Senior With Dementia

Spread the love Temperatures dipped to 30 degrees and snow filled the night sky in Hamilton, Ontario this past Sunday...