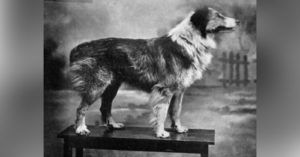 In school we’re often taught about famous people and their remarkable deeds throughout history. Yet every day dogs contribute to the betterment of humanity and don’t get a lick of the attention. Dogs have been responsible for major scientific breakthroughs, epic rescues, and heroic survivals.

Nemo the war dog, nemo was the first dog to return home from the Vietnam war, he returned a hero pic.twitter.com/tM9JQ13Bx1

German Shepherd Nemo was the cutest little war hero you’ll ever see. He famously saved his human handler Robert Thorneburg during combat, getting shot and losing an eye in the process. After lunging at guerrillas to give Thorneburg a chance to radio for help, Nemo shielded his human’s body. Nemo was the first dog to return from the Vietnam War. He was also the first sentry dog to be officially retired from service. Good boy Nemo!

"Half-bred shepherd dog" from Darwin's The Expression of Emotions in Man and Animals (1872) @ExploreWellcome https://t.co/F6A6iknt82 pic.twitter.com/Gwlla4V8yq

Charles Darwin, otherwise known as “the father of evolution,” was a dog lover. In his later years, he lived with a Terrier named Polly and studied her behavior. Polly the dog provided Darwin with another important link in the evolutionary chain. At the time, Creationists argued that a person’s soul and emotional complexity made the Theory Of Evolution impossible. However, to Darwin, dogs directly contradicted that idea since they shared man’s emotions despite having greatly developed by domestic breeding. Polly served as the model for illustrations in Darwin’s last book Expression of Emotions in Man and Animals.

Sixty years ago, for the first time in history, an animal was launched into orbit. What is Laika the dog's legacy? https://t.co/O9d3SV458w pic.twitter.com/KQiFbDtkoI

Laika, a mutt rescued from the streets of Moscow, was the first dog to orbit the earth. In fact, she was the first animal to do so. Outrage later followed the admission that Laika was never expected to return to earth. Still, the Russian scientists maintained that she would be painlessly put to death when her time came. This was also untrue. Even if Laika had been lucky enough to have sufficient food, water and oxygen on board, she would have died when the spaceship re-entered the Earth’s atmosphere. Sad as that part of the story may be, Laika’s flight gave proof that organisms could survive in space.

Appollo was the first dog at ground zero. He arrived on the seen 15 minutes after the attack. He nearly died from falling flames and only survived because he previously fell in water and was still wet. He died in November of 2006 pic.twitter.com/25RQ2lKqH4

Apollo was the first search-and-rescue dog to arrive on the scene of The World Trade Center Towers on September 11, 2001. For weeks Apollo spent 18 hours a day searching for survivors.

Bobbie the Wonder Dog: The *incredible journey* of a lost dog who walked over 2,500 miles to get back to his family in Silverton, Oregon and found fame in the 1920s. @jeffgKOINtells his story. https://t.co/8lxpg4AIyr pic.twitter.com/iUR6mLP0on

Bobbie “The Wonder Dog” really earned his nickname. He joined his family on a vacation to Indiana in 1923 but got lost on the trip. His devastated family returned home to Silverton, Oregon, certain they would never see him again. One day about 6 months later, Bobbie was found wandering down the Main Street of Silverton. That means he had somehow managed to travel at least 2,551 miles, having to cross deserts, mountains, and rivers in the dead of winter to get back home. It’s the stuff movies are made of, and it really happened. 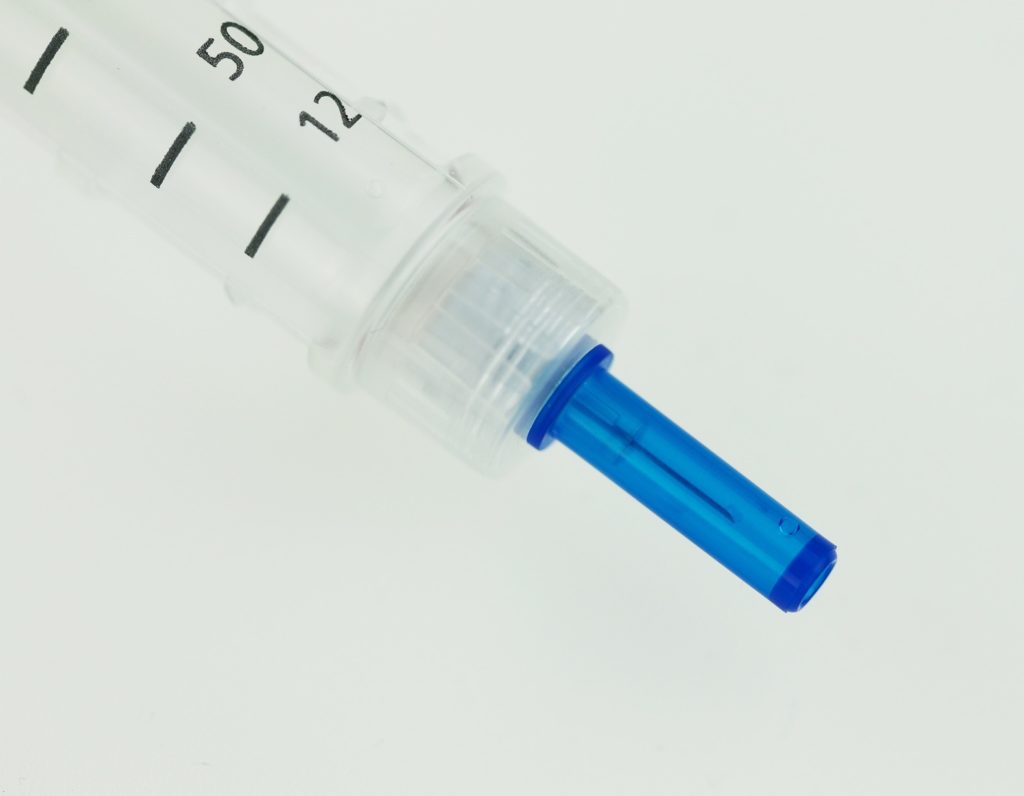 Marjorie is one of the dogs Canadian physician Frederick Banting and his assistant Charles Best used to discover insulin in 1921. After her pancreas was removed and used to create a concoction, Marjorie was successfully kept alive for 70 days with routine injections.

(iHeartDogs does not support medical testing on animals. You can fight the use of abuse of dogs for testing by joining us in signing this petition.)

Sun Yat-sen was the Pekingese of Henry and Myra Harper from Harper and Row publishing. Sun Yat-sen survived the sinking of the Titanic. pic.twitter.com/x7Aq9XTHWd

Of the 12 canines aboard the sinking luxury liner, only 3 Titanic passenger pups survived. Pekingese Sun Yat-Sen (named after the Chinese leader) was one of the 3, easily brought onto a lifeboat due to his small size. 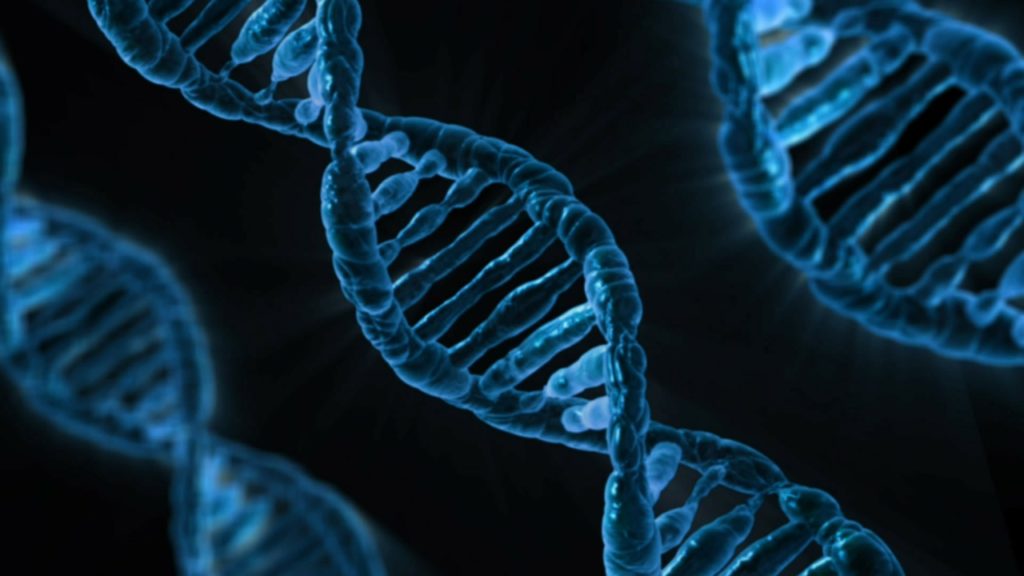 Tasha the 12-year-old Boxer was the first dog to have her entire genetic code sequenced. Tasha’s genome has already helped scientists pinpoint a group of DNA sequences that do not code for specific genes. This information lets us understand a little more about the complex human genome.

Snuppy – a combination of “puppy” and Seoul National University’s initials – was the first surviving cloned dog. In the early 2000s, a team of South Korean scientists harvested DNA from an Afghan Hound‘s skin cells and inserted that into a dog egg with no DNA. The egg divided, producing multiple cloned embryos. These embryos were put into dogs, three of which became pregnant, and one was able to produce Snuppy! In addition to being a cutie, Snuppy was a big scientific breakthrough.

Bluey, an Australian Cattle Dog, lived to be over 29 years old. He is on record as the longest living canine, dying in 1939. Bluey also makes us all optimistic for the future of dogs’ lifespans!

There’s not going to be an exam on any of this, but feel free to pass on the legacies of some good boys and girls by sharing this post!

The post Humanity’s Best Friends: 10 Important Dogs Throughout History You Should Know About appeared first on iHeartDogs.com.

Spread the love The filmmakers of A Dog’s Way Home had two very specific requirements for their canine star. She...

Spread the love I’ve said it before, but I’ll gladly say it again for those who don’t know: microchipping pets...

Spread the love Tropical getaways are the best. Vacations are a time to relax in a place that feels like...