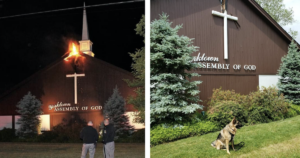 Like most German Shepherds, Bear is a loyal watchdog. Most dogs bark to alert humans of squirrels, other dogs, and the mailman, so it’s hard to take them seriously. Yet, when Bear woke his family up with a siren-like bark, they knew this wasn’t about a person walking by. Something had to be wrong.

Bear’s barking alerted his humans that their church was burning down. If he hadn’t warned them in time, the whole building would’ve burned to the ground and people would’ve been hurt. Luckily, the damage was minimal, so Bear is certainly a hero! 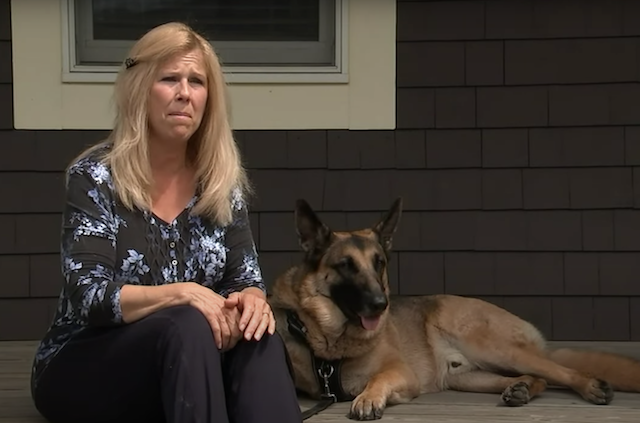 Four-year-old Bear has been determined to protect his family, and now, he finally got the chance to do it. At about 12:45 in the morning, Bear began howling like crazy. He woke up his humans, and right away, they knew something bad was happening.

“It was a very alarming bark, it almost sounded like a siren,” Bear’s human, Kim Lewis, said. “And I opened the blinds and I saw the church on fire.” 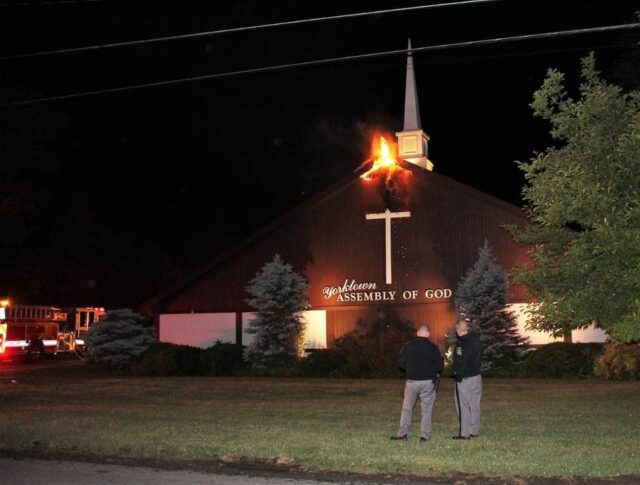 Across the street from their New York home, the Yorktown Assembly of God church was on fire. Flames engulfed the roof and cross. Without hesitation, Lewis called 911 and rushed across the street to alert the church administrators.

Luckily, firefighters arrived at the scene within a few minutes and put the fire out. The roof had some damage, but the majority of the 50-year-old structure was still standing. It was all thanks to Bear’s quick thinking. As it turns out, Bear’s actions likely saved the whole church. They still have lots of repairs to do, but with the building still standing, they can continue operating in the meantime.

“Bear caught it quick and emergency responders got here quick, and they stopped a devastating disaster,” said church administrator Lisa Wain. “Five to ten more minutes and it was into the attic. It would have hit the electrical and it would have taken the whole building out.” 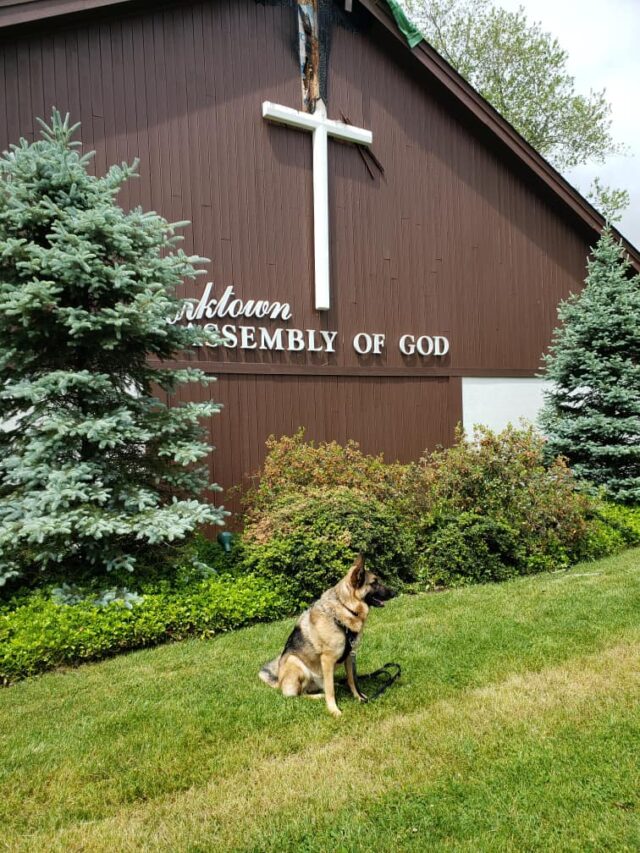 Wain says that they are forever indebted to Bear. Everyone has been rewarding him with extra treats, toys, and cuddles as a way to thank him for his courage. Bear might not know he did anything spectacular, but he deserves all the praise in the world.

Yet, even minor repairs to the church won’t be cheap. There’s an estimated $50,000 in damage, which they’re already working hard to repair. It’s hot up in the roof, so volunteers can only work on it in short shifts, and many people have donated cold beverages to those individuals.

If you’d like to help the church with their repairs, you can donate to their GoFundMe page. Of course, don’t forget to thank Bear for his dedication too!

Spread the love Sadly, special needs dogs are often the hardest dogs to find homes for. Many dog lovers are...

Spread the love I’m so confused. I thought “Driving Miss Daisy” was an Oscar-winning movie starring Morgan Freeman and Jessica...

Soldier Falls In Love With Dog In War Zone & Finds Her A Home In The U.S.

Spread the love Lt. Shelby Koontz had no idea that her deployment in Syria would result in her changing the...