Does anyone remember those handful of days living with a dog before they’ve somehow learned how to open doors? I don’t really either. The point is, many breeds of dogs are quick to figure out our little human contraptions. The only thing they’re better at figuring out is how to find food.

Two cunning Golden Retrievers in Phoenix have a pretty good handle on both of those skills, and it shows.

The dogs’ people, a man named Chris Cardinal and his wife, recently learned this when their 15-month-old daughter Chloe was wandering around the hallway alone a little after 6 in the morning. As far as they knew, she was still physically unable to reach and open door handles, so this was sort of a head-scratching sight.

They decided to watch the footage from the security camera installed in their daughter’s room.

Then it all became clear. Their two Goldens, Bleu and Colby are door handle height. It turns out the dogs worked together to open the door to their baby sister’s room and wake her up.

Cardinal told The Dodo that Bleu and Colby had attempted this sort of mischief before Chloe could even walk. This was the first “prison break” as he called it.

“They definitely knew what they were doing. They start getting real hungry around 6 a.m., and instead of barking outside our room, I think they figured they’d try the baby.”

Trying the baby was definitely the move. Apparently, they’ve learned that sitting below Chloe’s high chair leads to dropped food rewards. She also gives them treats, and they know she’s capable of dispensing food in some cases.

So naturally they burst into her room for an early breakfast. 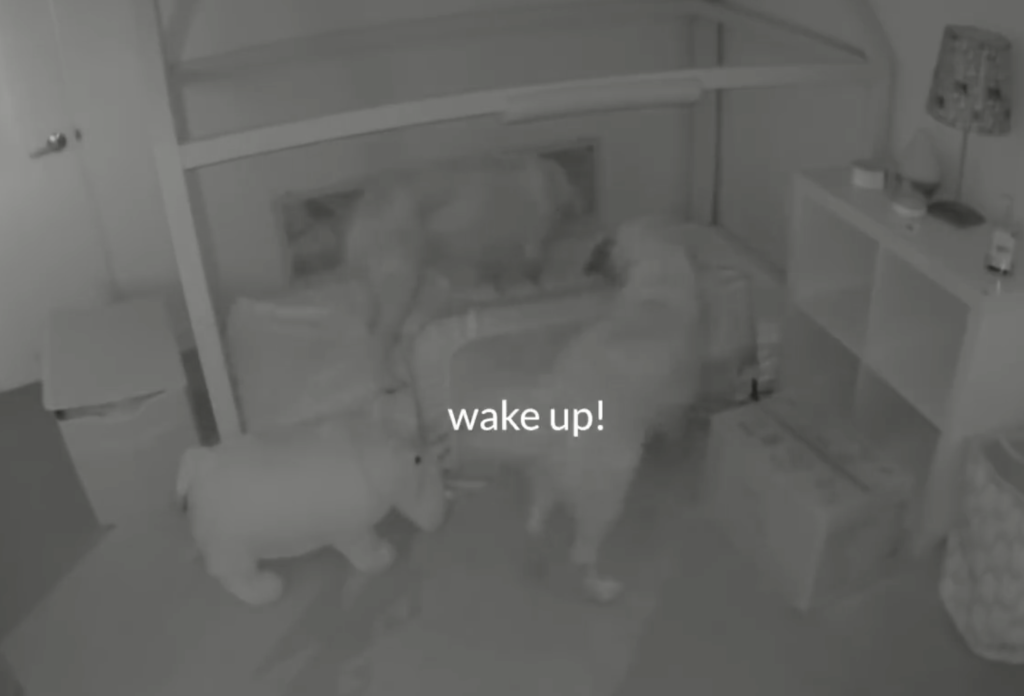 Right away one of the pups gets on the bed and up in his sleeping sister’s face. Whether it was part of the get-sister-out-of-the-room plan or he just wanted to chew, the other dog grabs her stuffed ducky and runs out the door with it.

Both continue to exit and re-enter the room, tails wagging, urging Chloe to follow them. 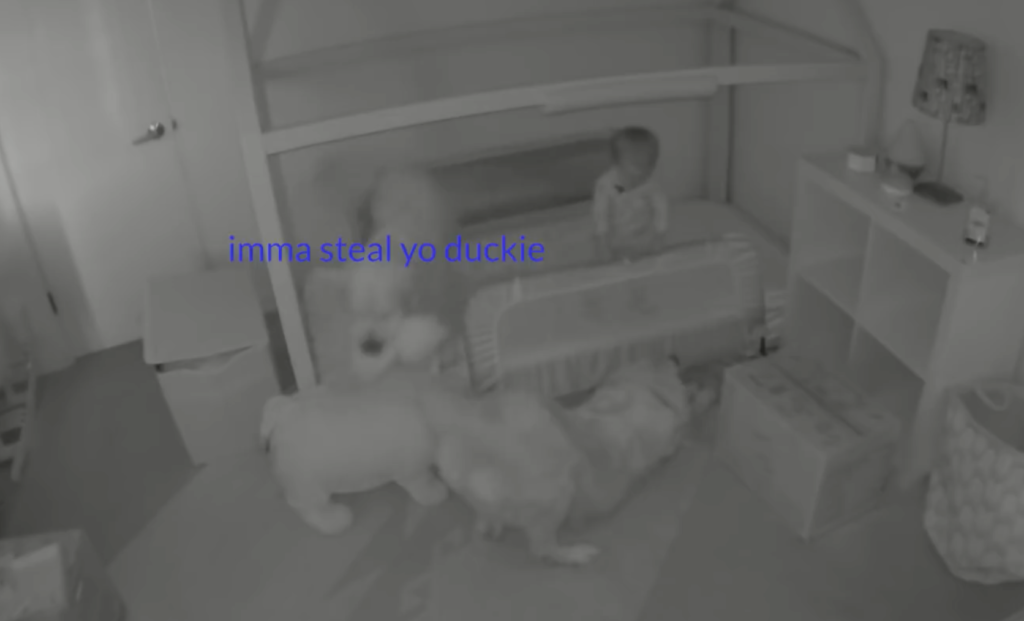 Obviously that adorable display was enough for the toddler to climb out of bed and tumble out the door after them. Eventually she was discovered in that pursuit.

You can watch the incredible security camera footage below.

This little girl loves her canine siblings so much she’s willing to rise at the crack of dawn for them. They make her mornings!

“Chloe wakes up every morning and asks to see ‘puppeh.’ She has to go give them their pets each morning. They teach her how to be gentle with animals, socialization, etc. — and also how to get back up when they knock her over, which happens from time to time.”

Chloe’s still very young, but for now it seems like the dogs are the ones who ironically wear the pants in this relationship.

Spread the love When our dogs are in pain, we rush to find out what’s wrong. We’d do anything to...

Dog Or Hooman? You Be The Judge

Spread the love They say that dogs and their people start to resemble each other after a while, but this...

Create A Digital Avatar Of Your Dog To Monitor Their Health

Spread the love The University of Bath recently made a major breakthrough in the canine and computer worlds. They discovered...