The African Wild Dog population is sadly endangered. These animals are often killed by hunters or landowners, and their habitats have shrunk significantly. Now their numbers dwindle as they compete with larger predators like lions and hyenas and suffer from rabies and distemper.

For these reasons, protected areas for wildlife in Africa are becoming more and more essential. In May, African Wild Dogs made a den on the Londolozi Game Reserve in Kruger National Park, South Africa. There, a pair of adults had a litter of 10 pups.

Obviously, the discovery of this pack thrilled staff. They don’t exactly see this every day, reps explained in an Instagram video.

“Up until we first discovered it, it was something I had never seen before.” Londolozi shared the discovery of the wild dog den with a note of optimism for the endangered species.

“With fewer than 500 wild dogs left in South Africa, this tiny pack (who are understood to be the second pack to give birth in the country this year) have given their species something they – and I suppose all of us – desperately need: hope.” 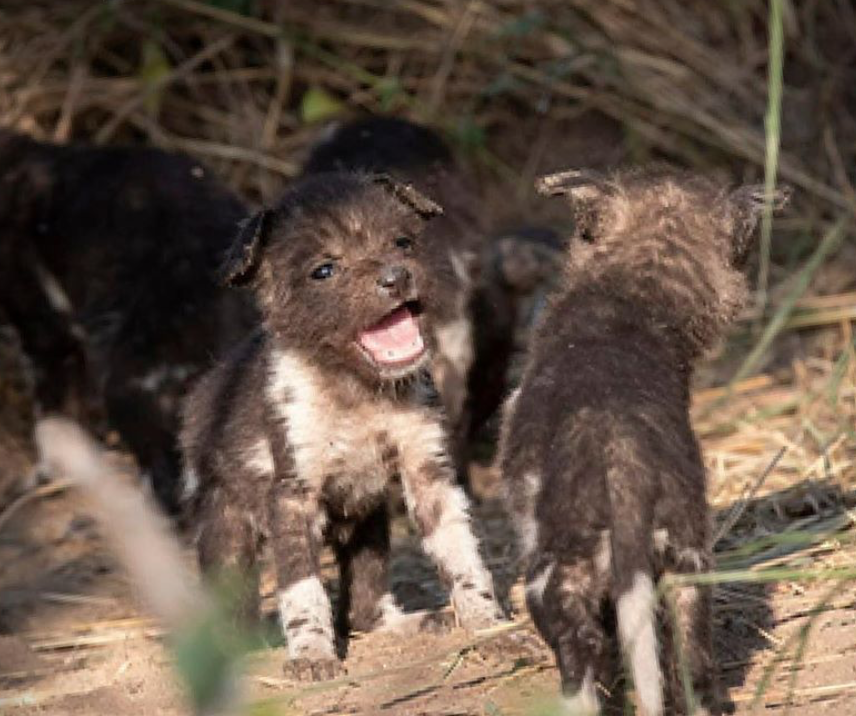 Still, life as a wild dog, especially a tiny one, is no cakewalk. These animals have already faced a lot of adversity in their short time here.

As soon as they discovered the den, Londolozi trackers began observing the dogs’ whereabouts. 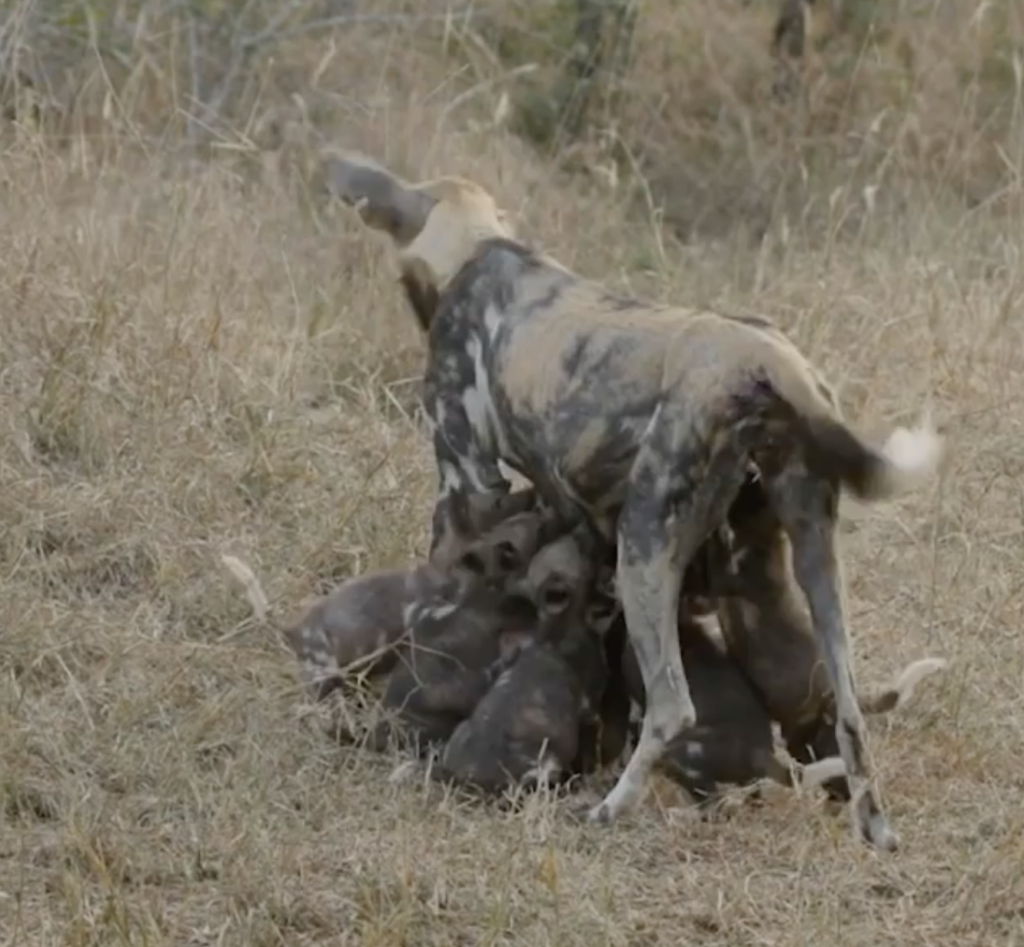 Eventually, the adult female returned, then the adult male. Still no pups though. The mama wild dog sported a new tail injury. She had already lost one of her ears to hyenas, the poor, strong gal. 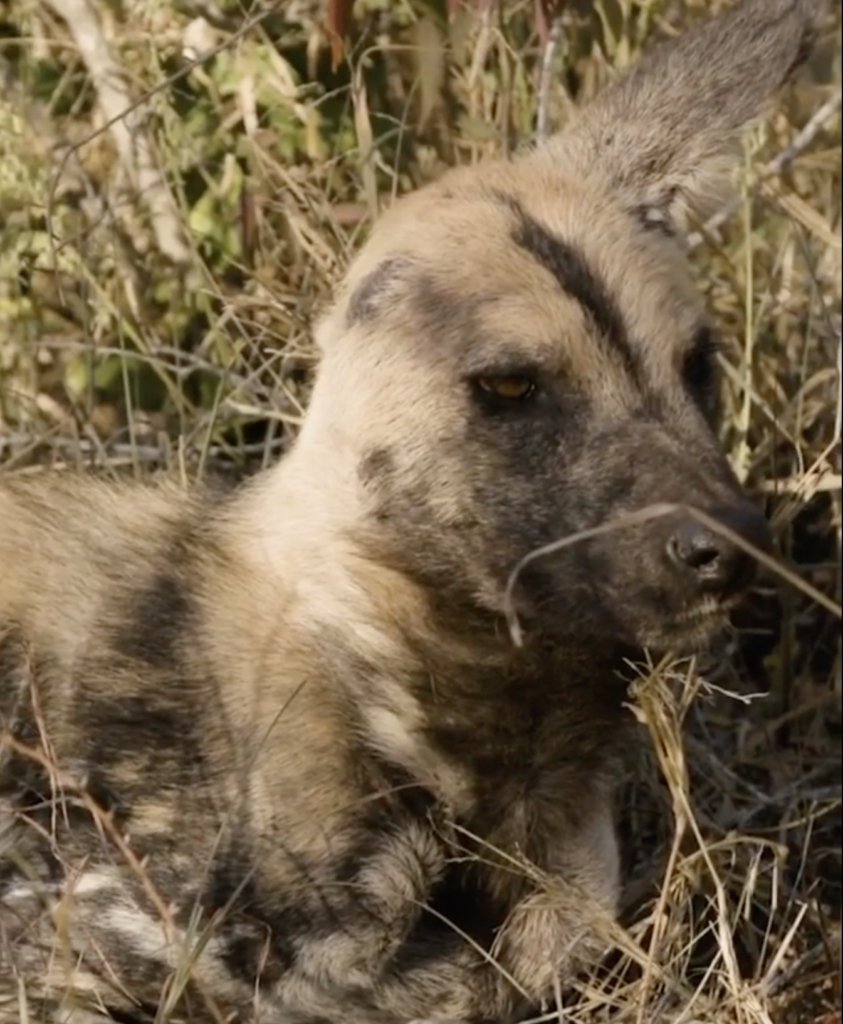 At last, the day came when the tiny pups emerged from their den again – all ten of them! These pups seem like real fighters, and their species needs them. 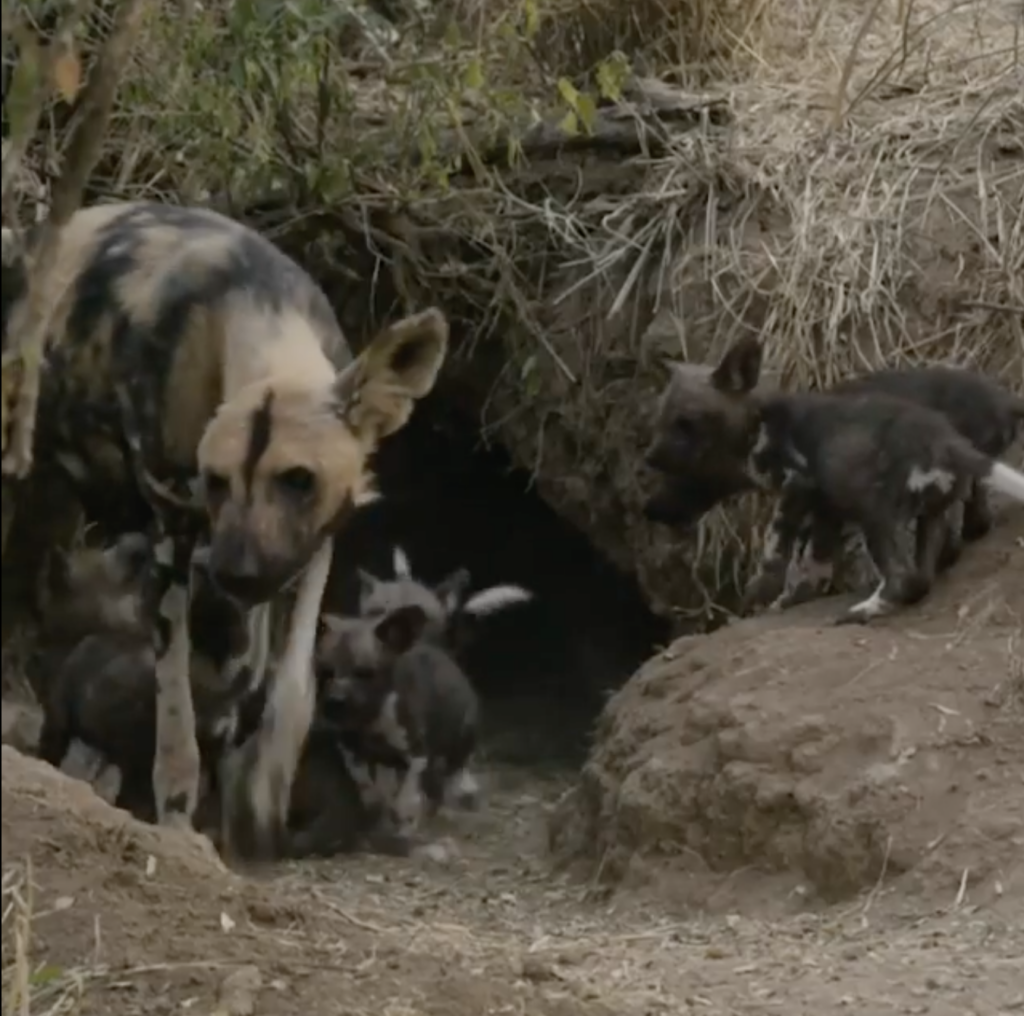 Watch a video update from the reserve below:

Though the reserve is closed to visitors during the coronavirus pandemic, staff hopes the wild dog population can continue to thrive there.

“Although it’s sad that this happened during lockdown, when so many guests from around the world could be enjoying such an amazing spectacle, the reality is this story isn’t about us, it’s about the pack.”

Follow their blog for more updates on this miraculous pack! And remember, these doggies are extremely cute, but they’re also wild animals that shouldn’t live with people.

The post Endangered Pups Spotted On Reserve For First Time In Over 10 Years appeared first on iHeartDogs.com.

Spread the love In late January 2021, a family found a large dog named Ethan alone in a parking lot....

Spread the love Mysterious chalk markings have been popping up all over the UK and they’re leaving dog parents on...