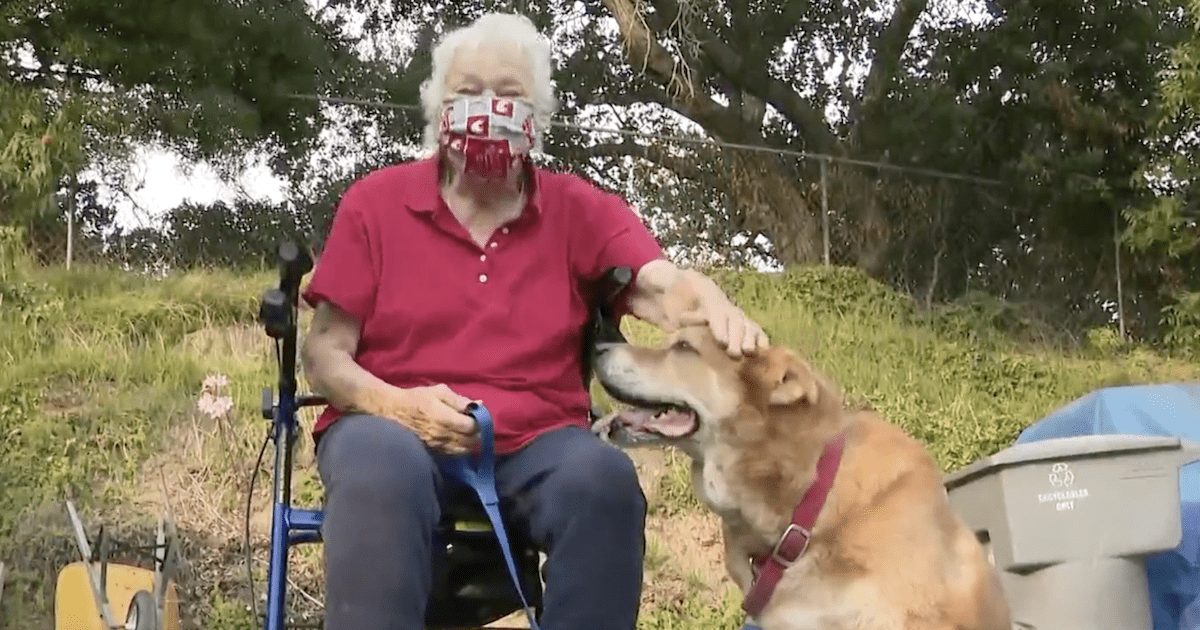 Our dogs know us better than anyone else. They spend so much time by our sides that they know in a heartbeat when something is wrong. In some cases, a dog’s quick thinking has saved the lives of their humans.

Sandy the rescue dog is one of many pups who can think quickly under pressure. Gwendola Johnson, Sandy’s 88-year-old mom, fell outside her home and struggled to get up. Without Sandy, she might’ve never gotten the help she needed.

Kirk White with Glendale Integrated Waste Management always visited Johnson’s home during his trash collection route. He was used to seeing Sandy watch him from the window, so when Sandy came running outside, White knew something was wrong. 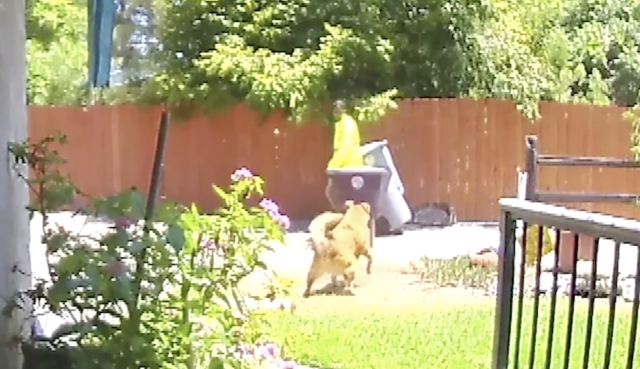 Johnson’s home was on top of a steep incline. So, she could see White from where she was, but he couldn’t see her. She struggled to call to him, but he couldn’t hear her. So, she turned to Sandy and instructed the pup to go get help. Sure enough, Sandy knew exactly what to do.

Sandy ran down to White and tried to get his attention. Luckily, White knew it was unusual for the dog to be outside on his own, so he followed him back to the house. Right away, he saw Johnson on the ground. She had been waiting there for about an hour.

“She was on the floor, unable to get up,” said White. “I know it was very hot that Friday… seeing someone in the sun, that wasn’t right at all.”

White helped Johnson back onto her feet. He also checked to make sure she had no injuries, and luckily, she looked healthy. 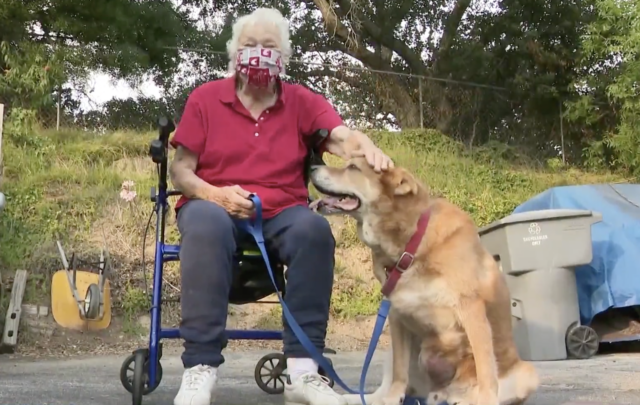 Sandy saved his human’s life, but he wasn’t the only hero that day. White was aware enough to know that something was wrong and he could tell that Sandy was alerting him of something. Not everyone would’ve been able to pick up on those minor changes. Cheryl Malvar, Johnson’s granddaughter, said she’s amazed at how well White handled the situation.

“[He] actually made an effort. Not everybody does,” said Malvar. “He investigated and he was aware enough to know it was off. We love him. He’ll always have friends here.”

However, White admitted that he was just doing what any kind human would’ve done. “Just helping another human, that’s what we’re supposed to do,” said White. “After this, I was thinking I want a dog like Sandy. We can learn something from animals.”

His words couldn’t be more true. All humans should do the right thing, but that’s not always what happens. With dogs though, they’re loyal to you no matter what. Johnson had opened her heart to Sandy when she adopted him, so he knew he had to rescue her in return. A little kindness can go a long way, whether it’s from a human or a furry friend.

The post Dog Saves The Life Of 88-Year-Old Woman Who Rescued Him appeared first on iHeartDogs.com.