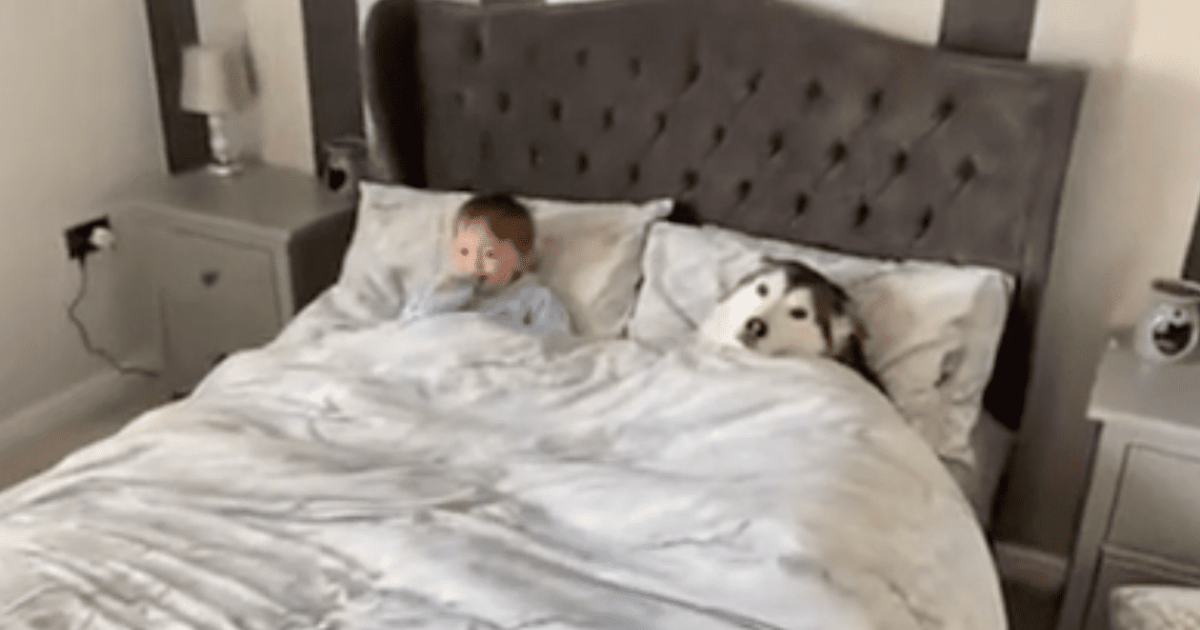 I personally can’t imagine living in a household that bans dogs from the furniture. I love having my dog sleep in bed with me, and he loves it too. The only real trouble lies in the allocation of bed space. Dogs tend to take up more space than polite society typically allows.

An adorable Husky named Millie loves sleeping in a bed, whether people are in it or not. A video posted to Reddit shows the dog all cozied up in her humans’ bed. When the time comes for Millie’s human brother to take a nap, she has no plans to budge from her spot. 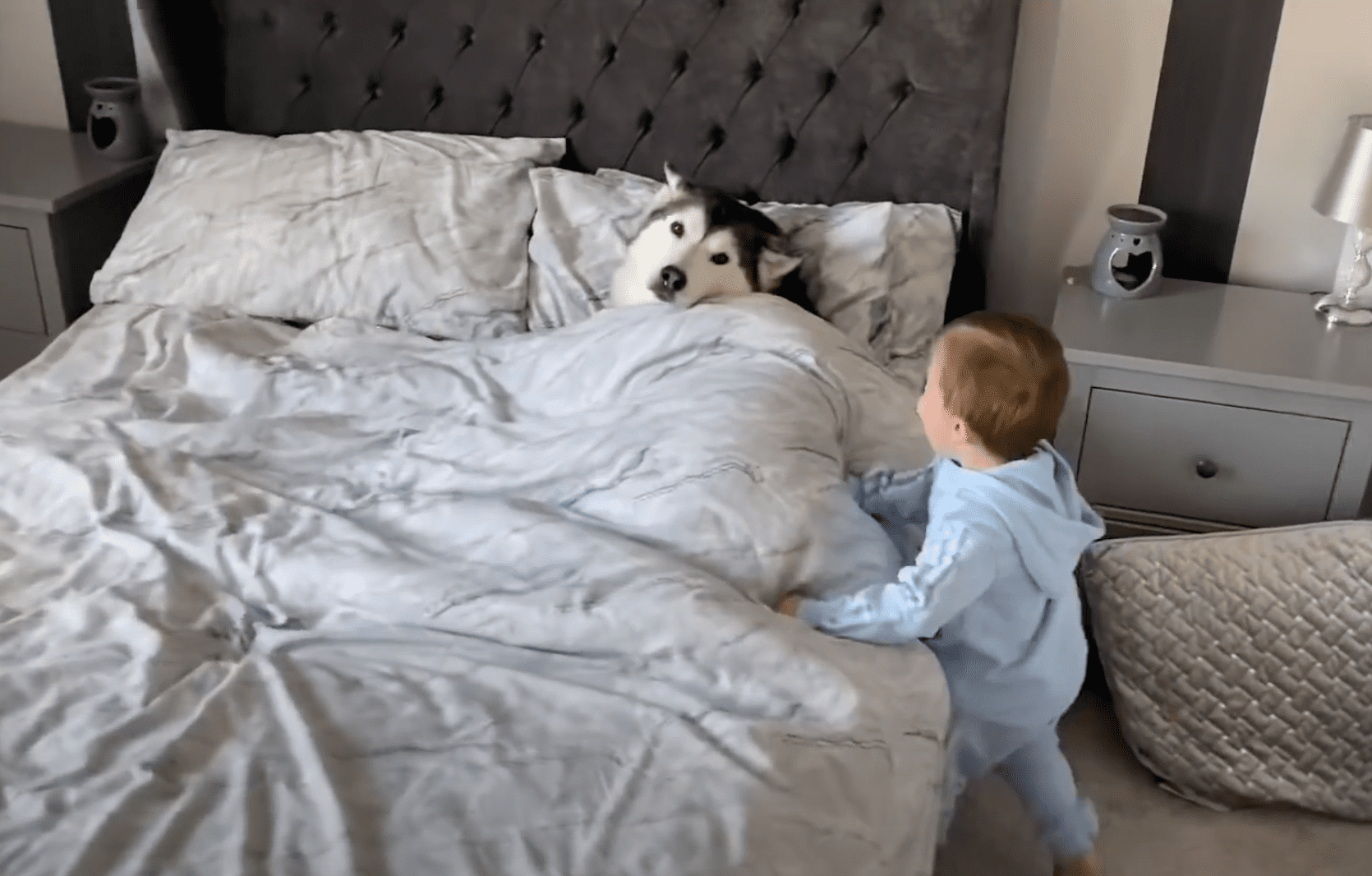 As these two’s father leads the little boy to the bed, he points to the stubborn dog and jokingly encourages his son to ask her to scoot. Laughing, the kid does, but you can tell he wouldn’t mind sharing the bed with her. Millie doesn’t even move a muscle, except to look blankly up at her dad. 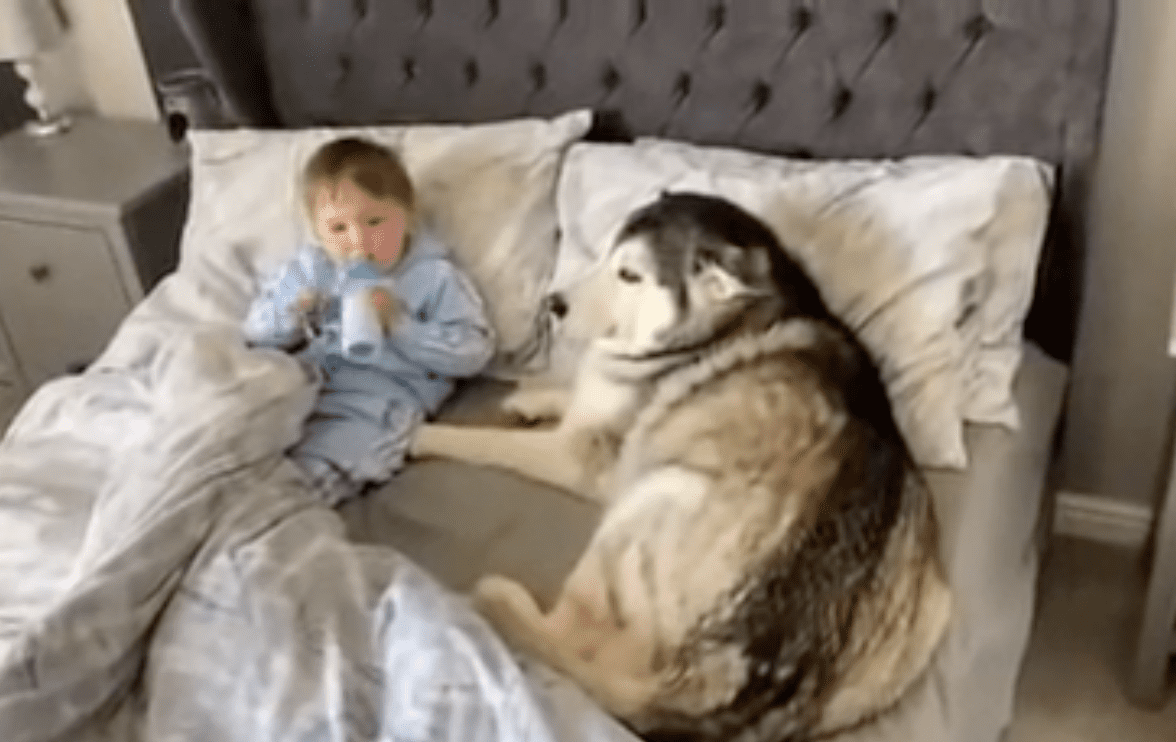 “Alright, you just stay there,” the cameraman says before throwing the blanket over both of them. This was a losing battle from the start. 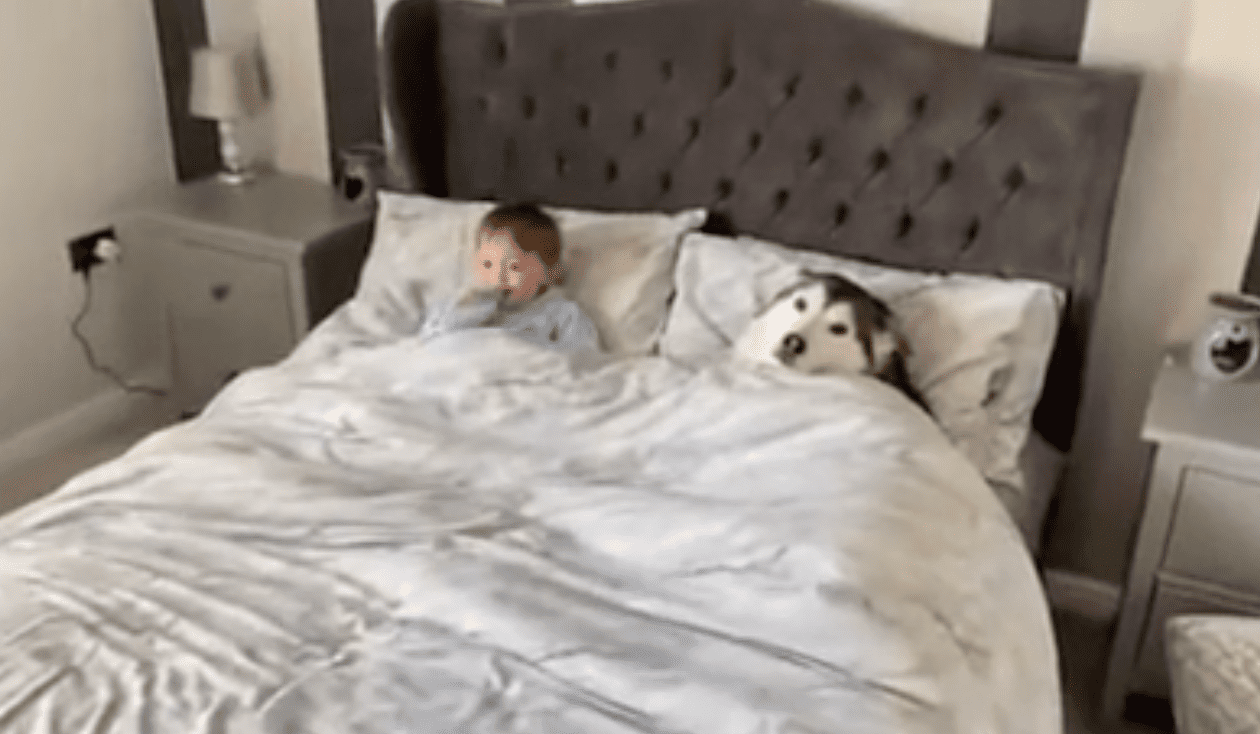 After a few gentle licks to her brother’s nose, Millie settles right back in. Eventually, we end up with the most adorable image: Millie and her little brother cuddling under the covers. What a great way to take your afternoon nap! The Reddit video actually represents a section of a longer YouTube video, which you can watch below:

In the video’s caption, the lucky father to these two cuties writes:

“Parker always cuddles Millie before he goes to sleep it’s like a daily need for him haha! He’s been this way for 2 years now. He loves his huskies so much. I think Millie our husky believes she is his mother… Makes me so happy to see them bond this way!!”

So while we may already know Huskies for their vocal abilities, turns out they make great furry mother figures too. Other Redditors who lived with Huskies agree.

“When I was born my family had a husky named Hiedi. My earliest vague memories are of crawling behind her following around our house.” -@ostinator via Reddit

The post Dog Refuses To Get Out Of Bed, But Agrees To Share With Toddler appeared first on iHeartDogs.com.

Police Officer with PTSD Forms an Instant Bond with His New Service Dog!

Spread the love Studies show that approximately 1 out of every 5 firefighters suffer from the often debilitating effects of...

Spread the love We know that dogs bring healing to people who are suffering from both physical and psychological pain....