Dogs love to be a part of every moment in our lives. If you leave them out, they’ll be sure to find a way to insert themselves into the situation. A 13-year-old Miniature Pinscher named Scooter behaved exactly like that.

When Scooter’s dads got married, they had the audacity to take a wedding picture without him. So, Scooter made sure he was seen. Now, he’s the best part of the photo, and it has gone viral thanks to him. It even left people asking why this essential family member didn’t get a ring of his own.

Shon Washington and his husband John have been together for 11 years and engaged for a few years. They weren’t in a rush to get married, but the coronavirus pandemic brought a new sense of urgency. So, they had an online ceremony from their San Francisco home. Their friends and family attended the event through FaceTime.

After the ceremony, the couple wanted to take a beautiful picture of their wedding bands in the natural light. But when they did, Scooter appeared by their side. He snuck his paw into the photo, and while it wasn’t intentional, it was perfect. 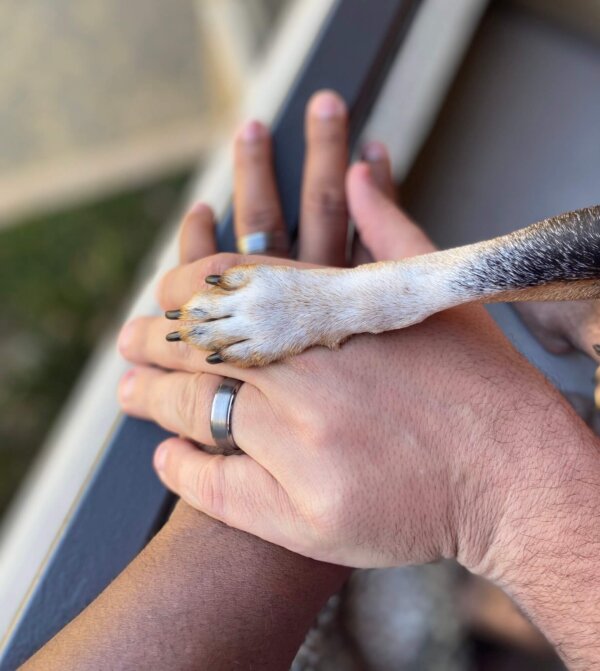 “To be honest, I wasn’t even paying attention to Scooter when I did it,” Washington said. “I was trying to switch the camera to another setting. John kept saying, ‘Look what he’s doing.’ And when I finally did, it was the perfect photo.”

The couple says that this action was very much in character for Scooter. The little dog loves to shove his way between them every chance he gets. They encourage this behavior because they just can’t resist his cute face! Plus, he’s such an important part of their relationship that it makes sense for him to be in the photo.

All Dogs Want to Be Included

Washington shared the photo on Twitter, and it quickly reached over 300,000 likes. It also caused many other couples to share photos of their dogs’ wedding photobombs. All of which are equally as adorable. 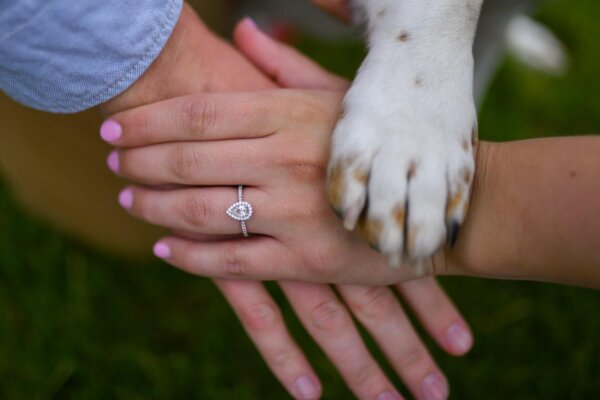 In some, you can clearly see the love that the dog feels for their humans. 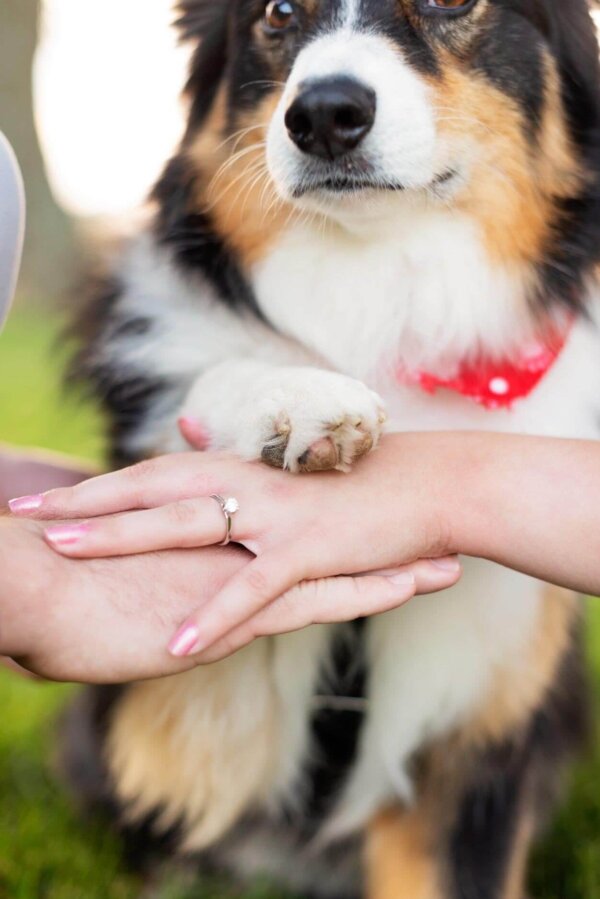 In others, the dog “photobomb” is likely staged. But who can blame them? Dogs are important family members, so they deserve to be in wedding photos. 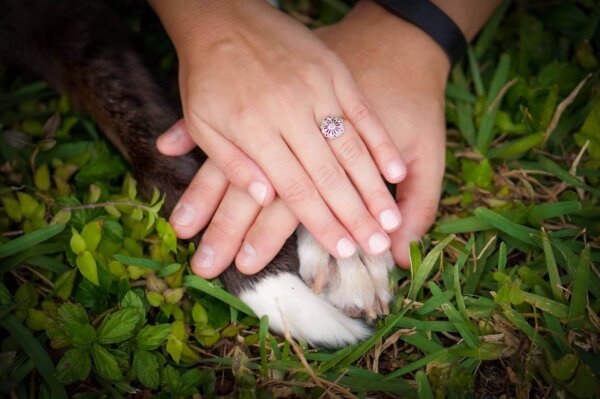 Someone even captured a picture of their dog interrupting their maternity photos. 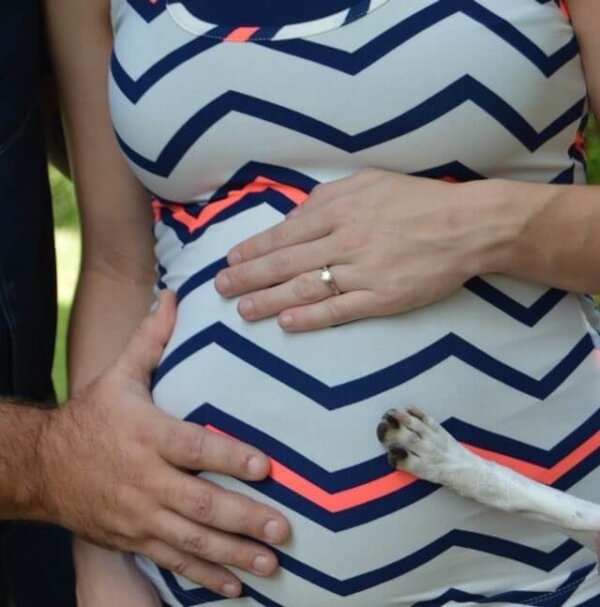 All these pictures prove that dogs just want to be a part of our lives no matter what. They’re like the glue that holds our relationships together. So, congratulations to Washington and John, and most of all, congratulations to Scooter for being such a lucky and well-loved pup!

The post Dog Refuses To Be Left Out Of Wedding Photo appeared first on iHeartDogs.com.

Spread the love In This Issue ● Aflatoxins In Dog Food ● Why Is My Dog Always Hungry? ● Only...

Sweet, Fearful Dog And Her Feline Best Friend Need A Home Together

Spread the love It’s not easy finding a home for a fearful dog. It’s even harder to find a home...

Spread the love The H3N2 virus, otherwise known as Canine Influenza or Dog Flu, has quickly made its way across...