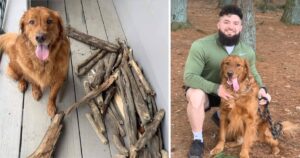 Collecting is a hobby that brings joy to people all over the world. There’s a very specific thrill that comes from looking for, finding, and then admiring your accumulations. However, collecting isn’t a behavior that is exclusive to humans. Interestingly, cats, magpies, and squirrels are known gatherers and admirers of shiny objects. Even dogs are known for favoring specific objects and toys over other things.

While it’s quite common to meet a dog that loves sticks, how many of them have a sizably large collection that they proudly display? 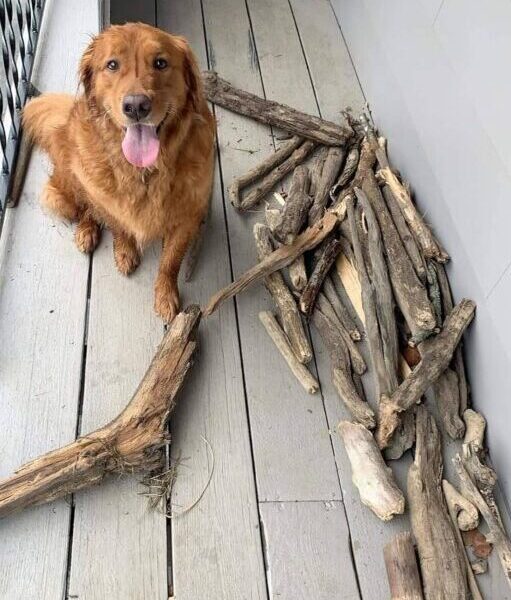 Meet four-year-old Bruce, an adorable stick enthusiast and the acting “Branch Manager” of his deck. He is a Golden Retriever who is truly living up to his breed’s name.

What started as a fondness for a single stick has now grown into a collection of over 50. From short pieces of driftwood to long tree branches, his collection consists of sticks that are all different shapes and sizes. Bruce started his collection shortly after accidentally losing, then triumphantly finding his favorite stick. After an exciting afternoon of playing in a field near their home, Bruce and his doting dad accidentally left his treasured tree branch behind. Shortly after they arrived home, his stick was buried by a blanket of freshly fallen snow. 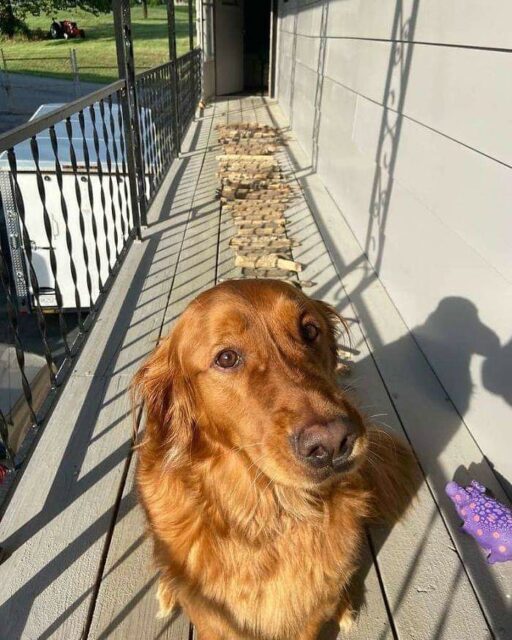 “He had left his favorite stick outside the night it started snowing,” Icenhour said. “The next day, Bruce was in an utter panic because he obviously couldn’t find his stick or even see the ground.”

Over the next couple of days, Bruce was in an absolute frenzy every time they went outside, relentlessly searching for his stick. But after a few sunny days, the weather warmed up, and the snow started melting. Bruce was finally able to find his favorite stick! After being without it for a few stressful days, Bruce started returning home from every walk he took with a new backup stick.

He’s now stockpiled 50 sticks that he proudly displays on his deck. While Bruce absolutely loves sticks, those in his collection are only allowed to be gathered and admired, not used for play. After a scary hospital stay in 2018 when a stick accidentally perforated Bruce’s esophagus while playing fetch, his dad switched to playing with rubber toys instead. 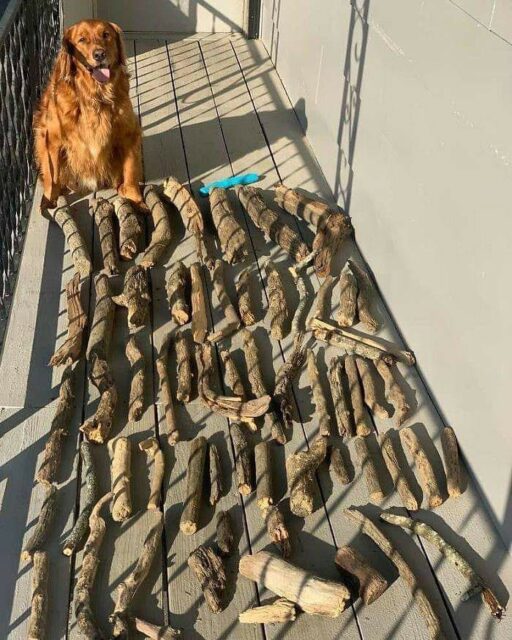 “Despite his injury, his love for sticks was not tarnished, but instead it has only grown into a beautiful collection,” Leo Icenhour, Bruce’s dad, told The Dodo. “He prides himself in collecting sticks of all shapes and sizes from our backyard and plants them right in front of our front door, checking on them daily when we go in and out of the house.”

Bruce is well trained and knows he’s not supposed to bring his collection in the house, but he still sometimes tries to sneak them inside while his dad is preoccupied.

“Am I surprised that Bruce has become an internet sensation? Absolutely not. He is the light of my life and truly a unique pup so I am more proud of him than anything. He is the moon to my stars, the cheese to my macaroni, and the peanut butter to my jelly.” 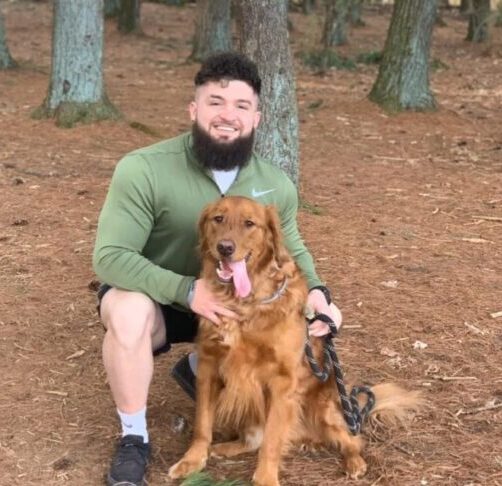