A little more than a decade ago, wildlife biologist Blake Grisham and colleagues detected a striking pattern among Lesser Prairie-Chickens nesting on the high plains of New Mexico and Texas: Their chance of successfully hatching chicks falls by 10 percent every half-hour the nest is exposed to temperatures above 93 degrees Fahrenheit. During one brutally hot spring, when the mercury reached triple digits several days in a row, Grisham watched some prairie-chicken hens stubbornly sit on their eggs, while others gave up and left. “The ones that abandoned their nests were the winners,” says Grisham, now an associate professor at Texas Tech University. “The eggs were basically cooked.”

Lesser Prairie-Chickens are tough birds that evolved to handle harsh weather. They’ve always endured heat waves and droughts, their numbers sometimes tumbling as a result. But the birds, a type of ground-dwelling grouse, were numerous—perhaps 2 million strong before European settlement—and they occupied a vast area of the southern Great Plains. Given a few years of decent rainfall and milder temperatures, they’d bounce back.

Today, however, only around 34,000 Lesser Prairie-Chickens remain, spread across parts of Colorado, Kansas, New Mexico, Oklahoma, and Texas. They’ve lost 84 percent of their original habitat, much of it converted to croplands, oil and gas fields, wind farms, and other types of development. What remains is largely unprotected—95 percent of it is private land—and is expected to become intolerably hot and dry due to climate change, increasing the likelihood of nest failures like what Grisham witnessed. “My fear,” he says, “is that we’re getting to the breaking point of where the species can’t keep up with our actions.”

We’ll soon learn if federal wildlife managers share that fear. The U.S. Fish and Wildlife Service has until May 26 to decide whether the Lesser Prairie-Chicken should be listed under the Endangered Species Act, which would put mandatory restrictions on landowners, energy companies, and others operating in the bird’s range. Alternatively, the agency may determine that existing, voluntary conservation efforts are enough to save the species. It could also put the bird on a wait list, finding that it deserves protection but is a lower priority than other species. Or, it might propose listing the prairie-chicken as threatened or endangered and invite the public to weigh in.

Whatever the outcome, the stakes are high not just for the chicken, as the species’ devotees casually call it, but for a host of prairie birds and other wildlife that depend on the dwindling habitat in this often-overlooked landscape. “The Great Plains in general are the most endangered ecosystem in North America and the least conserved ecosystem in North America,” says Clay Nichols, the lead biologist for the Lesser Prairie-Chicken at the FWS. “You combine those two things and it’s understandable why grassland species are struggling.”

If the government lists the chicken, it won’t be for the first time.

If the government lists the chicken, it won’t be for the first time—the FWS deemed it threatened in 2014. But the following year a federal judge overturned the listing, siding with the Permian Basin Petroleum Association and some oil-producing New Mexico counties. Their lawsuit argued that the agency had overlooked existing conservation programs that obviated the need for invoking the Act. Environmental groups petitioned again in 2016 for the bird to be listed and later sued over what they described as inaction by the Trump administration. That led to a settlement with the FWS in 2019 that requires the agency to make a new listing decision this month.

Energy companies and others who don’t want the chicken listed can marshal some moderately encouraging population figures to make their case. Its numbers are stable or increasing in three of the four ecoregions wildlife managers use in tracking the species, and the overall population grew from 28,366 birds in 2012 to 34,408 last year, according to the Western Association of Fish and Wildlife Agencies, or WAFWA.

Concerned as he is about the species, Grisham says those numbers are evidence that voluntary conservation is working. For example, farmers in the bird’s current range have enrolled some 4.9 million acres in the federal Conservation Reserve Program, which pays them to plant chicken-friendly grasses instead of crops. Ranchers have pitched in by cutting down mesquite, eastern redcedar, and other woody plants that provide perches for predators and which prairie-chickens therefore avoid, refusing to nest in areas with more than one tree per acre and completely avoiding any place with more than three trees per acre.

Given the progress made by these and other efforts and the complicated requirements a new listing would bring, “I would argue that listing the species at this point in time would be a detriment to long-term conservation strategies,” Grisham says. “Some but not all of the conservation measures are working. I don’t think there’s a need to ruin a good thing.” 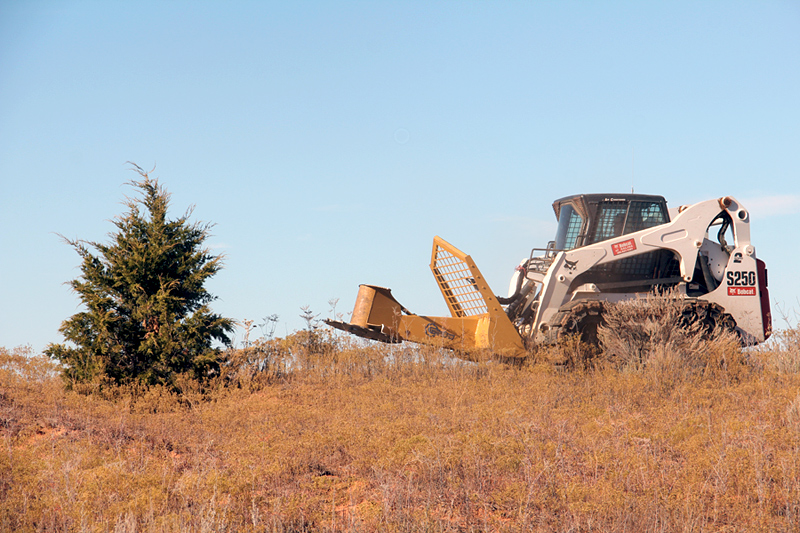 But environmental advocates argue that, whatever progress these voluntary programs are making, the bird needs the tougher protection that would come with a federal listing. Since the species lost its threatened status, some 832,000 acres of habitat have been converted for agriculture and 50,000 acres have been developed, mostly by oil and gas and wind-energy companies, according to a March report by Defenders of Wildlife. That development in turn has had indirect impacts on another 600,000 acres.

“The fact is that it remains unprotected, and it’s continuing to lose habitat to development all the time,” says Noah Greenwald, endangered species director at the Center for Biological Diversity, among the groups that sued to force this month’s listing decision. “If it’s to have any chance of surviving on the southern plains, it needs protection.”

A rangewide prairie-chicken conservation plan administered by WAFWA includes a mitigation program in which oil and gas companies can pay landowners to improve habitat on their property to offset any loss of habitat the companies cause. But Greenwald and others say the 2013 plan—created, according to its introduction, to avoid a listing “while facilitating continued and uninterrupted economic activity”—is too soft on industry. The Permian Basin Petroleum Association was among the interests that helped create the rangewide plan—the same group that later got the threatened listing overturned by pointing to the protections in the plan.

The energy industry played “an outsize role in those negotiations,” says Jon Hayes, executive director of Audubon Southwest, resulting in “a plan that probably didn’t do enough for the bird.”

Even Grisham, who touts the success of voluntary conservation, says the plan needs a bigger stick to protect prairie-chicken habitat. “The rangewide plan, in my scientific opinion, has overemphasized the role of energy and been a little too accommodating to oil and gas,” he says.

And then there’s the X factor of climate-driven drought, which could render the plan moot. Parts of the chicken’s range are suffering a punishing dry spell that’s expected to continue. The region was also parched leading up to its listing; severe drought cut the bird’s 2012 population in half in 2013. The FWS concluded then that, “if the drought persists, the rangewide plan will not create additional usable habitat necessary for the species quickly or at all. This particular threat is largely outside of the ability of management actions to address.”

Like droughts, the Lesser Prairie-Chicken is unmoved by politics. Admirable collaboration and compromise went into creating that rangewide plan, says Audubon’s Hayes. People with opposing viewpoints got in the same room and hammered out an agreement. “The problem is that the bird isn’t in that room,” he says. “The science tells us that as we lose habitat, we’re going to lose these birds. As much as we want to believe in collaboration and believe in compromise, the bird needs what the bird needs, and we can’t negotiate that away.”

Where to Go Birding in El Petén, Guatemala: Part 2

Spread the love The Maya Forest, the biggest tropical rainforest north from the Amazon . com Basin, stretches across northern...

Audubon Spotlight: Katie Percy Is a Champion for Louisiana’s Ecosystems

Spread the love Growing up in Baton Rouge, Louisiana, Katie Percy gained a deep appreciation of the surrounding environments and...