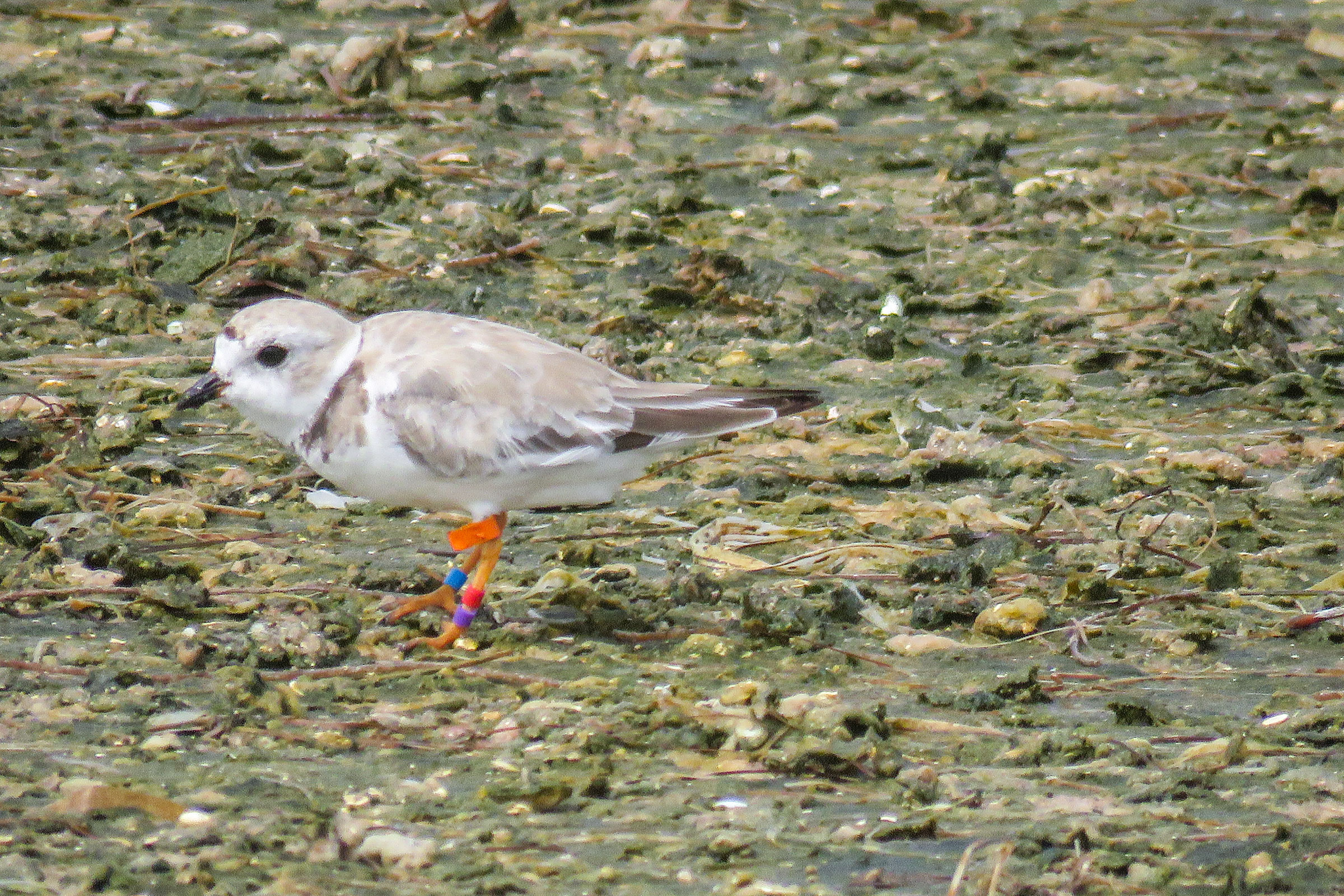 Fall migration is on and one of Chicago’s famed Piping Plovers has arrived in Florida, just in time for World Shorebirds Day on September 6th. The plover, who is named Rose, was spotted last week at Anclote Key Preserve State Park off Florida’s Gulf Coast, where she was met with a warm welcome by other shorebirds and plovers.

Piping Plovers have only recently returned to the Great Lakes region to nest, and at one time fewer than 20 pairs made the area their summer home. Today, the Great Lakes shoreline hosts almost 70 breeding pairs thanks to recovery efforts. Historically, up to 800 pairs nested along the Great Lakes.

Rose and her mate Monty made headlines back in 2019 when they showed up on popular Montrose Beach in Chicago and decided to raise a family there, the first such attempt by Piping Plover since the 1950s. Since their first foray, Monty and Rose have successfully fledged seven chicks, including two this year named Imani and Siewka. These two chicks join 121 others that also fledged along the Great Lakes this year, the highest count of successfully fledged Piping Plover chicks since 2018.

But as summer winds down, the birds begin to head south, and that’s where the work of Chicago’s team of plover banders really takes on significance. Understanding where birds go in winter is just as important as knowing where they breed, and the destinations of some populations of Piping Plovers were unknown until relatively recently. Monty was spotted in Texas in mid-August; Imani and Siewka should be on their migration path south as well. But as August drew to a close, beach stewards and birders alike were on the lookout for Rose, especially since she had yet to be spotted.

“Migration is one of the most challenging periods in a bird's life,” wrote Stephanie Beilke, conservation science manager at Audubon Great Lakes and one of a team of scientists who monitor the Montrose plovers each summer. “And the overwintering period isn't necessarily any easier, since birds may be threatened by hurricane season, as well as vehicles and dogs on beaches.”

It had been a few weeks since the Audubon Great Lakes team heard about Rose’s whereabouts, until Ally Kristan, seasonal Three Rooker Island stewardship coordinator for Audubon Florida, managed to spot her. 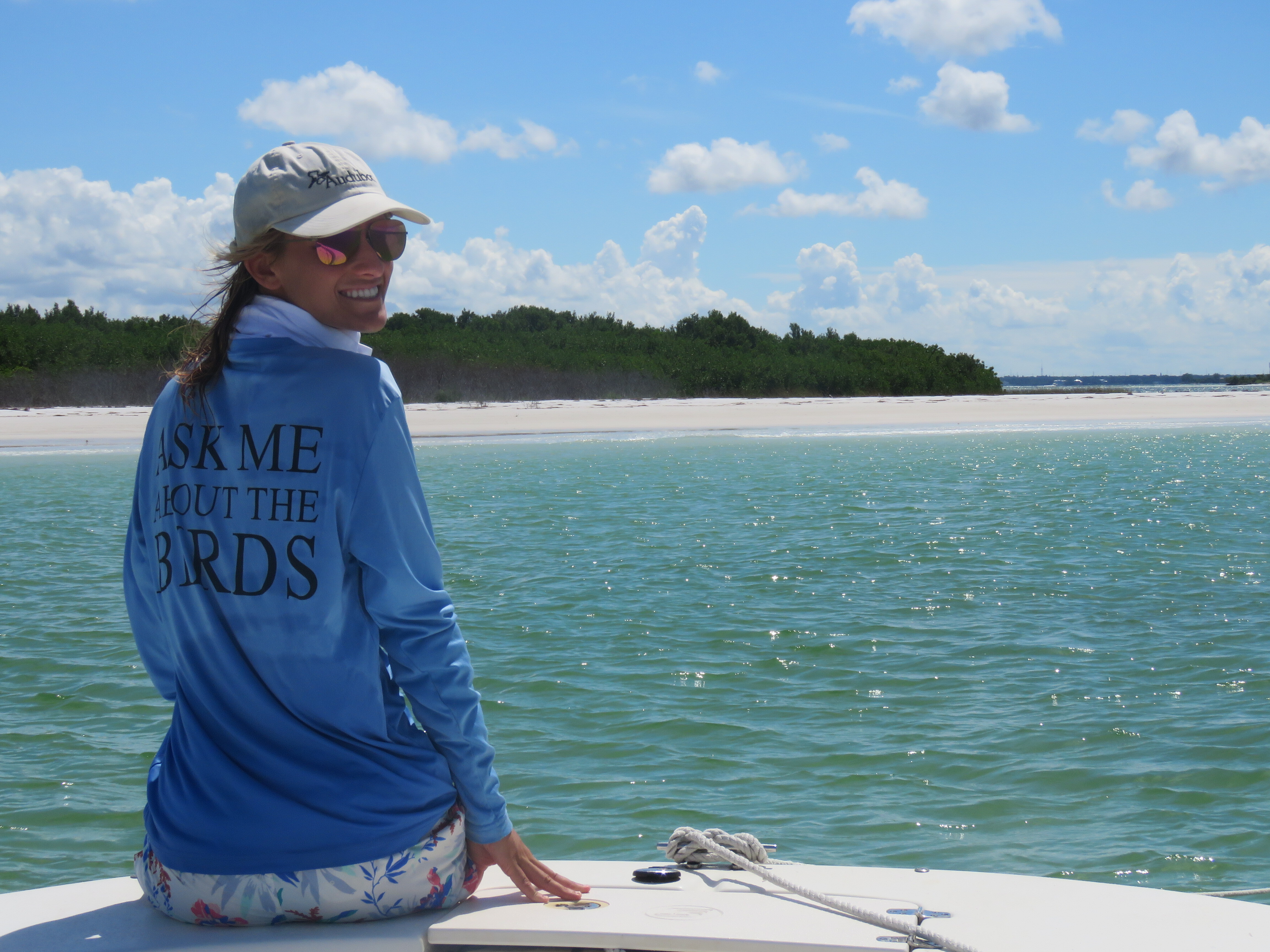 After taking a few photos of the bird and its tags, Kristan contacted Alice Van Zoeren, who is part of the Great Lakes Piping Plover Conservation team. Van Zoeren confirmed that the mystery Piping Plover with an orange leg flag was the famous Rose.

Kristan noted 14 Piping Plovers altogether, including Rose, who has spent every winter at Anclote Key ever since she hatched in 2017. Beilke, for one, is thrilled that Rose made it to her winter home, adding “I'm glad to know that Rose and other plovers she's overwintering with will be protected by the Audubon Florida beach stewardship team.”

“It is astonishing that these tiny birds are able to fly all the way down to our neck of the woods, and successfully find these small barrier islands in the Anclote Key Preserve State Park year after year,” says Kristan. “Finding a banded bird during a survey feels like Christmas morning every time!”

When Did You Fall in Love With Birds?

Spread the love In February, we asked some of our most loyal members (who had opted to participate in our...

Spread the love The U.S. Department of the Interior this week is offering oil and gas companies drilling rights on...

Spread the love In November 2020, during a contested election and deadly pandemic, a tiny Saw-whet Owl was rescued from...