Who's Kenn? Simply put, Kenn is a national treasure. A renowned birder, author, and conservationist, Kenn Kaufman has spent his life dedicated to observing birds, reading about birds, writing about birds, and sharing the world of birds with others. With all that birdy knowledge in his brain, he also acts as the field editor for Audubon magazine. So, whenever we have a bird question stumping us around the office, we just ask Kenn. And now you can, too! If you have a bird or birding question you'd like Kenn to answer, leave them in the comments on Facebook or send us an email. Maybe next month you'll get the kind of thorough, thoughtful, and even humorous response from Kenn we've grown so fond of over the years. —The Editors

Question: I know Europe also has birds called warblers, but apparently they are different from the warblers here in North America. What exactly is a warbler?

KK: That’s a great question, and the answer depends on where we start in considering it.

What is a warbler? From the angle of English linguistics, a warbler should be any person, animal, or object that warbles—that makes a warbling sound. And what exactly is a warbling sound? Look it up in a dozen dictionaries and you’ll get a dozen definitions. It may be a sound that rises and falls, or a musical trill, or a melodious series at a low tone, or a high-pitched and uneven sequence of notes. Apparently a warbler could be anyone or anything that makes a complicated sound! But for purposes of this column, we’ll forget trying to define the sound, and focus on “warbler” as a name applied to various small, insect-eating birds.

As far as we know, the name was first used in the early 1600s for certain European songbirds. The original may have been the species now called the Willow Warbler, one of the most common summer birds in Britain and northern Europe. It’s a drab little thing but it has a pleasingly sweet, twittering song, sure to catch the attention of anyone spending time outdoors. Another possibility would be the Garden Warbler, even drabber but with an even more noticeable chattering song, surprisingly rich and low-pitched for such a small bird.

The classification of birds was still in a rudimentary stage in the early1600s. Modern standards for zoological classification and naming wouldn’t be established until the 1750s, and it would be many decades later before scientists really focused on defining avian families. But in the 1700s and 1800s, as naturalists from Europe began to explore more of the world, they encountered more small, insectivorous birds that resembled the birds they knew as warblers. 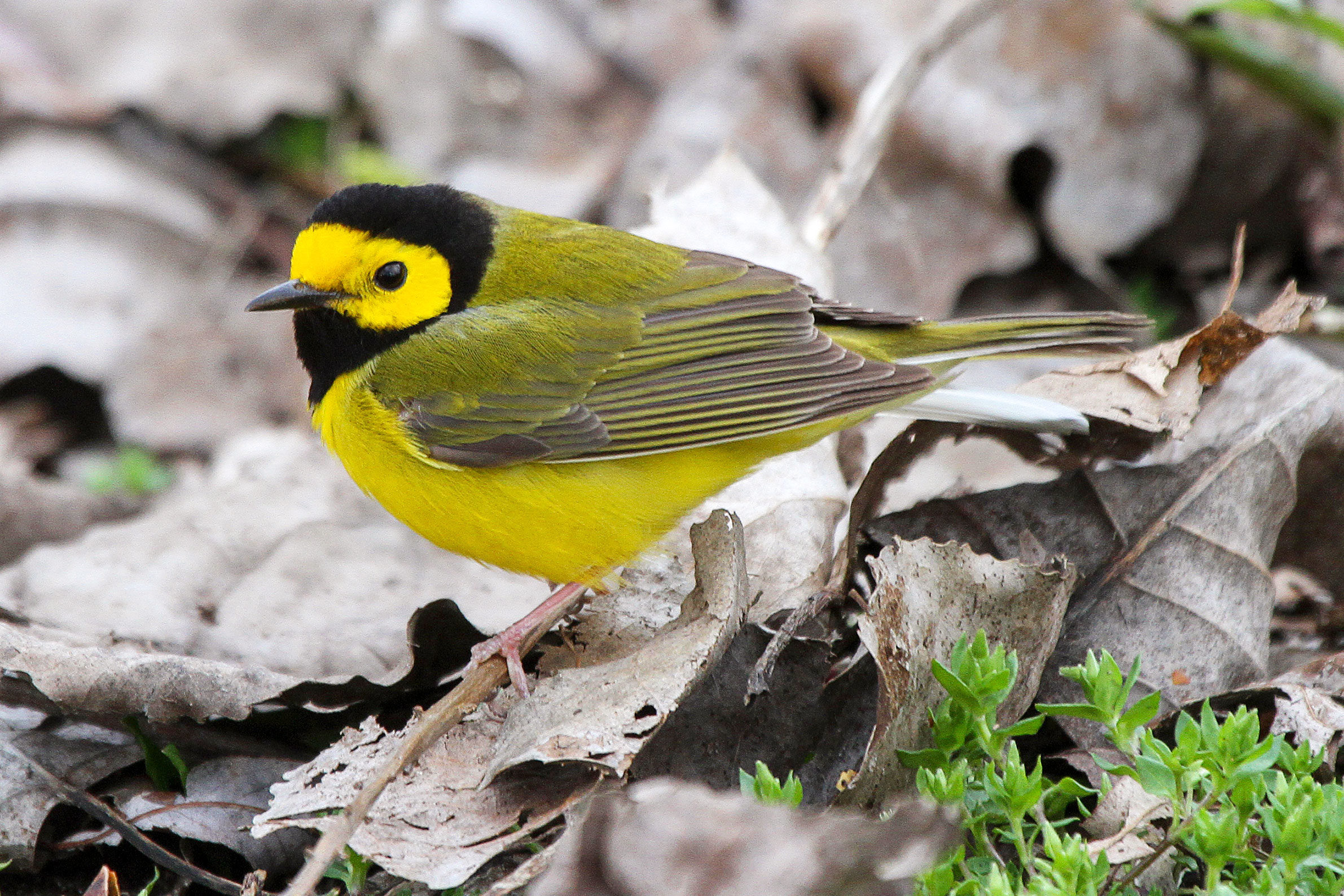 Here in North America, early avian scholars like Alexander Wilson and John James Audubon struggled to figure out how to classify the small birds they were seeing. Consider the bird that we now call Hooded Warbler. Audubon, at different points in his writings, referred to it as Hooded Flycatcher, Selby’s Flycatcher, and Hooded Warbler. Alexander Wilson was more emphatic in calling it the Hooded Flycatcher. In 1811, in Volume 3 of his American Ornithology, he wrote: “Why those two judicious naturalists, Pennant and Latham, should have arranged this bird with the Warblers is to me unaccountable . . . The bill is broad at the base, where it is beset with bristles . . . and the manners of the bird, in every respect, those of a Flycatcher.” In an ironic twist, the very next bird in Wilson’s book was one that he called “Green Black-capt Flycatcher.” What do we call it today? Wilson’s Warbler!

At that time, when Wilson and others referred to North American birds as flycatchers or warblers, they were implicitly classifying them in families that were already known in Europe. Thus, all the American birds recognized as warblers were considered part of the family Sylviidae, which included the European warblers. By the latter part of the 1800s, scientists had figured out that the American warblers were unrelated to those of Europe, so they were classified in their own family. The name of that family has changed more than once, but we now know them as the Parulidae.

So here in North America, what is a warbler? With only a couple of exceptions, a warbler here is a member of the family Parulidae. Elsewhere in the world, the situation is much more complicated.

In the past, when birds were classified by superficial resemblance, it was easy to toss all kinds of small insect-eaters into a catch-all warbler category. Now that DNA studies make it possible to see actual relationships, the picture has changed radically. The Sylviidae, or “Old World Warblers,” used to encompass hundreds of species, including more than 40 warblers in Europe. Now those European warblers are split up among no fewer than six different families! In its current form, the family Sylviidae includes fewer than 70 species, and fewer than one-third of them are actually called warblers—the rest have a variety of names, including fulvettas, parrotbills, and babblers. The Wrentit, a perky, loud-voiced bird of dense thickets along the Pacific Coast of North America, long considered to be in a family by itself, is now classified as one of the Sylviid warblers. But we don’t call it a warbler! 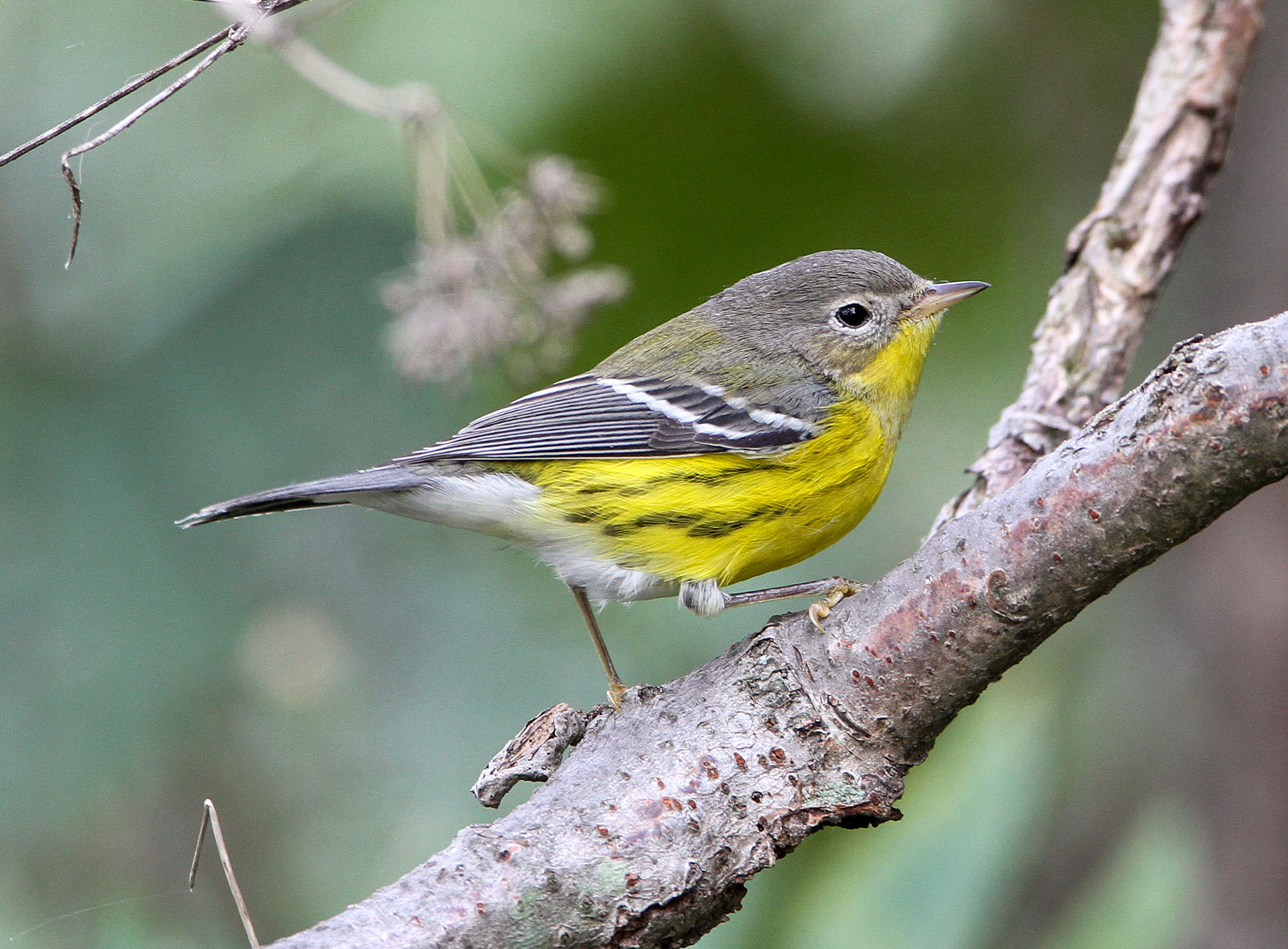 Altogether, birds called warblers are now classified in 13 different families occurring on six continents and several oceanic islands. Below are examples of each of the 13 families. Don’t worry, there won’t be a quiz on this; the list is just to demonstrate how widely the name has been applied:

On a global scale, it’s complicated. But here in North America north of the Mexican border, there are only two breeding birds called warblers that don’t belong to the Parulidae. These are the Olive Warbler of the mountains of Arizona and New Mexico, and the Arctic Warbler (family Phylloscopidae), which nests in Alaska but migrates to southern Asia for the winter.

So as a scientific answer to the original question, we could describe the family Parulidae as a group of small songbirds (mostly less than six inches long and weighing less than an ounce), found only in the Americas. Of the approximately 110 species, about half are permanent residents in the tropics and the other half are migratory, nesting in North America (some reaching northern Canada and Alaska) and wintering in subtropical or tropical regions. As a general rule, the sexes look similar in the resident warblers in the tropics, while males tend to be more brightly patterned in the migratory species. Insects make up the majority of the diet. 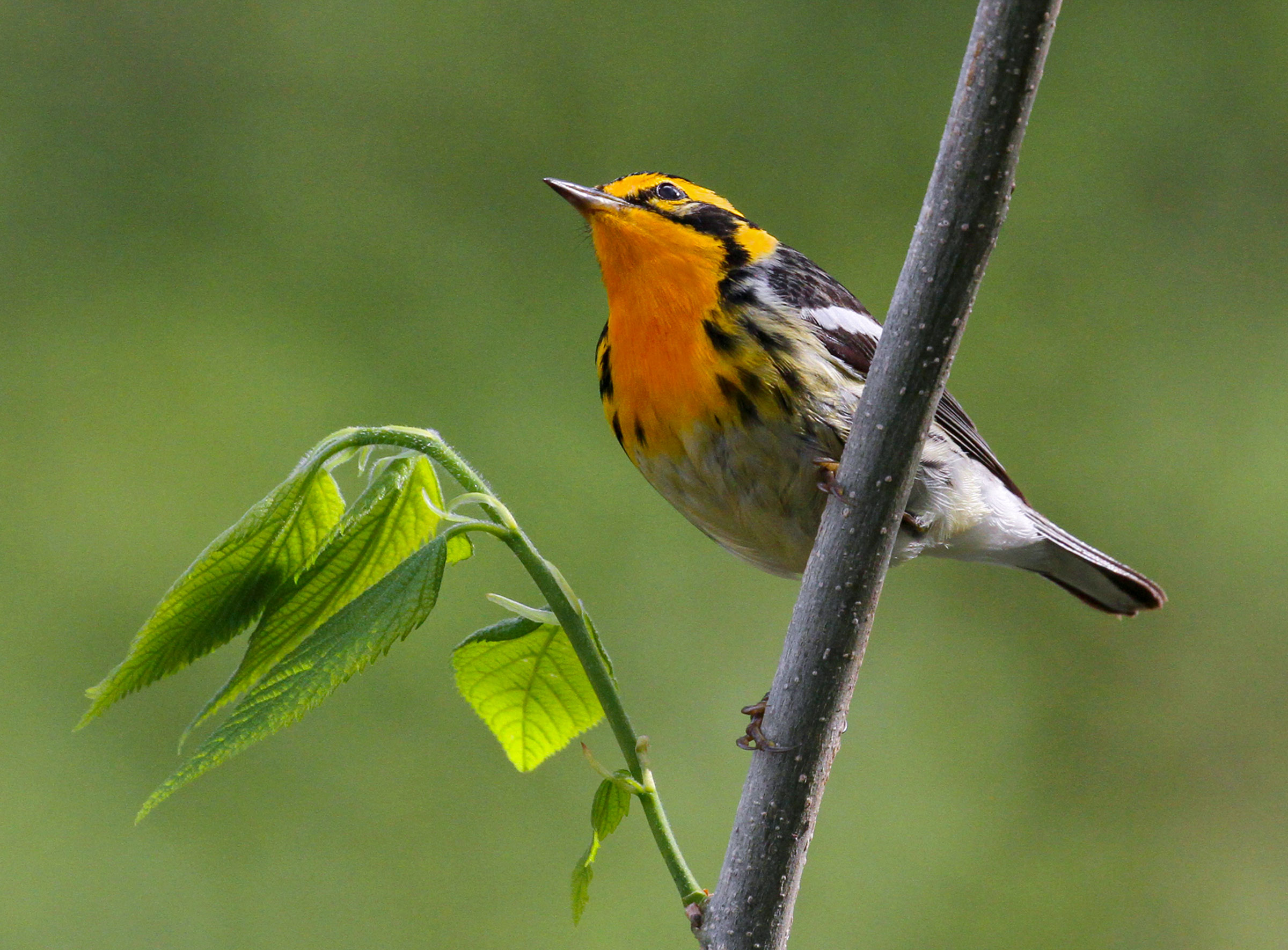 That’s a dry, scientific answer, but here is another view. What is a warbler? It’s a creature of sheer magic.

The American warblers are incredible bits of life, small and active, varied and colorful. Unlike most of the birds called warblers in other parts of the world, members of the Parulidae are decked out in brilliant yellow, green, blue, orange, or chestnut, with patches or stripes of black or white. At most localities in North America, a few dozen kinds can be found—but not for long. They pass through in a rush in spring and fall, hurrying between wintering grounds in the tropics and breeding grounds in the far north. For people who are tuned in to warblers, each day in migration season is like a treasure hunt: We never know which ones we’ll find. We marvel at the ones we see, knowing that some of these remarkable sprites fly from Alaska to Brazil and back every year. And as one warbler season winds down, we are already looking forward to the next one.

Because these birds are so tiny, so hyperactive, so good at hiding behind leaves, most people never see them at all. But once you start looking for them, warblers are like magical prizes that come into your life as a reward for paying close enough attention. If you haven’t sought them out before, I urge you to make the effort, to join the merry band of the warbler-aware, to experience this captivating world that’s just waiting to be discovered.

Have a bird or birding question for Kenn? Email it to audubonmagazine@audubon.org.

Spread the love The late U.S. Sen. John McCain called it “one of the worst projects ever conceived by Congress.”...

Spread the love Este artículo también está en español. Today, the United States and Mexico, through the International Boundary and...

Spread the love Last week, I found myself surrounded by herds of caribou galloping across vast tundra and trekking down narrow...