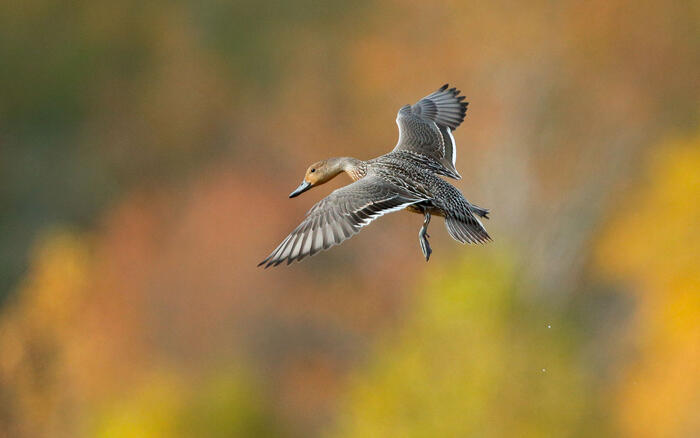 WASHINGTON — Amid a global public-health crisis and with oil prices at extreme lows, the lame duck Trump administration plans to issue a “request for nominations” tomorrow, asking oil companies to identify their preferences on areas in the Arctic National Wildlife Refuge’s coastal plain to lease for oil drilling. This is the latest move by the Trump administration in its rushed process to open one of the nation’s most iconic and sacred landscapes to oil drilling.

The case for protecting this sacred land is so clear that five of the six major U.S. banks — Goldman Sachs, JPMorgan Chase, Citigroup, Morgan Stanley, and Wells Fargo — are among the two dozen banks around the world that have announced they will not fund any new oil and gas development in the Arctic Refuge. And President-elect Biden has made permanent protection for the Arctic Refuge and other areas impacted by President Trump’s attack on federal lands and waters a Day One priority.

“The oil and gas lease sales on the Arctic Refuge demonstrate the Trump administration's complete disregard for the human rights of the Gwich'in & Inupiat people and our ways of life that depend on the health of the Refuge's coastal plain,” said Jody Potts (Han Gwich’in), Native Movement regional director. “In the Arctic, our peoples are being heavily impacted by a climate crisis due to fossil fuel extraction, which we cannot afford to continue. The adverse impacts of oil development in these sacred and critical caribou calving grounds will be heavily felt by Gwich'in and Inupiat villages. As a Gwich’in person, I know my family's food security, culture, spirituality and ways of life are at stake. Gwich'in people will not compromise and we will defend our way of life for future generations until this sacred land is permanently protected.”

“The Arctic National Wildlife Refuge is sacred land that sustains not just the Gwich’in and Iñupiat Peoples but is one of the last untouched ecosystems in the world,” said the director of Sovereign Iñupiat for a Living Arctic (SILA), Siqiñiq Maupin. “The global consciousness is shifting into an equitable and just transition to a sustainable economy, yet the United States continues to ignore science and human rights. Indigenous Peoples have passed down stories for generations of the climate crisis we are currently facing. Without Indigenous leadership and values going forward we are left with empty promises, boom and bust economy, and endangering the health and safety for all. Iñupiat People value all life and the narrative of our Iñupiaq Nation supporting this type of project goes against all our principles, ways of life, and who we are. SILA stands in solidarity with the Gwich’in for protection of the Porcupine caribou birthing grounds.”

“This administration has consistently ignored our voices and dismissed our concerns. Our food security, our land and our way of life is on the verge of being destroyed. Handing up this very sacred area to oil companies is a violation of our human rights,” said Bernadette Demientieff, executive director of the Gwich’in Steering Committee. “Any company thinking about participating in this corrupt process should know that they will have to answer to the Gwich’in people and the millions of Americans who stand with us. We will continue to protect this place forever. This fight is far from over, and we will do whatever it takes to defend our sacred homelands.”

“The Trump administration opening up oil lease sales is devastating to our way of life and to our future,” said members of the Gwich’in Youth Council. “The Gwich’in people’s identity is connected to the land, water and animals. We have lost so much we can’t afford to lose more. Please stand with the Gwich’in Nation and help us prevent oil extraction in the calving grounds of the porcupine caribou herd, the sacred place where life begins.”

A coalition of Indigenous, human rights and environmental organizations responded as follows:

“The Trump administration is barreling forward with a last-minute lease sale in America’s most iconic wilderness after sidestepping the environmental review process mandated by the National Environmental Policy Act. The Interior Department’s own documents show it has altered or disregarded scientific data on drilling’s impacts on imperiled wildlife, including threatened polar bears who den on the coastal plain; drastically overestimated potential leasing revenue; and failed to adequately consult with the Indigenous Peoples of the Gwichʼin Nation of Alaska and Canada who make their home along the migratory route of the Porcupine caribou herd and rely on the herd for their survival.

“The Bureau of Land Management should not move forward with this rushed lease sale. This agency acknowledged that drilling would release massive amounts of carbon into the atmosphere, but asserted that, ‘there is not a climate crisis.’ BLM has compromised the integrity of its analysis and the hard-working career scientists and professionals who have dedicated themselves to protecting the coastal plain’s exceptional values. BLM should scrap this flawed review and start over. The agency needs to truly, thoroughly assess all the impacts from oil and gas activities before holding a lease sale.

“Political appointees in the Trump administration have flouted the law at the expense of a wondrous expanse of land that has sustained Indigenous Peoples for thousands of years and that the vast majority of Americans want to protect. Any company that is foolish enough to participate in this sham process must now know that we are fully committed to challenging these legally flawed actions in court. The will of the American people and the rule of law will prevail.”

Members of the public are encouraged to stand with these communities in opposition to oil drilling in the Arctic Refuge. Learn more at: https://www.arcticrefugedefense.org/act/take-action

The National Audubon Society protects birds and the places they need, today and tomorrow. Audubon works throughout the Americas using science, advocacy, education, and on-the-ground conservation. State programs, nature centers, chapters, and partners give Audubon an unparalleled wingspan that reaches millions of people each year to inform, inspire, and unite diverse communities in conservation action. A nonprofit conservation organization since 1905, Audubon believes in a world in which people and wildlife thrive. Learn more at www.audubon.org and on Facebook, Twitter and Instagram @audubonsociety.

What Keeps Seabirds From Freezing?

Spread the love Some seabirds spend all or most of their lives in very cold waters. Pigeon Guillemots live and breed...

When I Can’t Leave Home, My Native Plant Garden Brings Birds To Me

Spread the love As a nature photographer, the months from March to May are often my busiest. Since I started...

Spread the love During last year’s visit to the Capitol, Audubon Arizona and its coalition partners advocated for a sustainable...