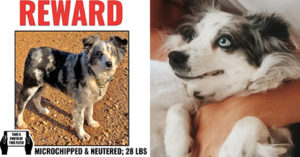 San Francisco resident Emilie Talermo would do absolutely anything for her beloved Australian Shepherd Jackson. Since he was taken from her, that’s all she’s been doing. The pup was stolen from outside a grocery store in Bernal Heights neighborhood in San Francisco on December 14th.

Talermo first adopted her best friend in New York. They’ve been together over 5 years and crossed the country together. For weeks now the two have been apart, and she has no idea where he is or who he’s with. It’s the worst feeling imaginable. 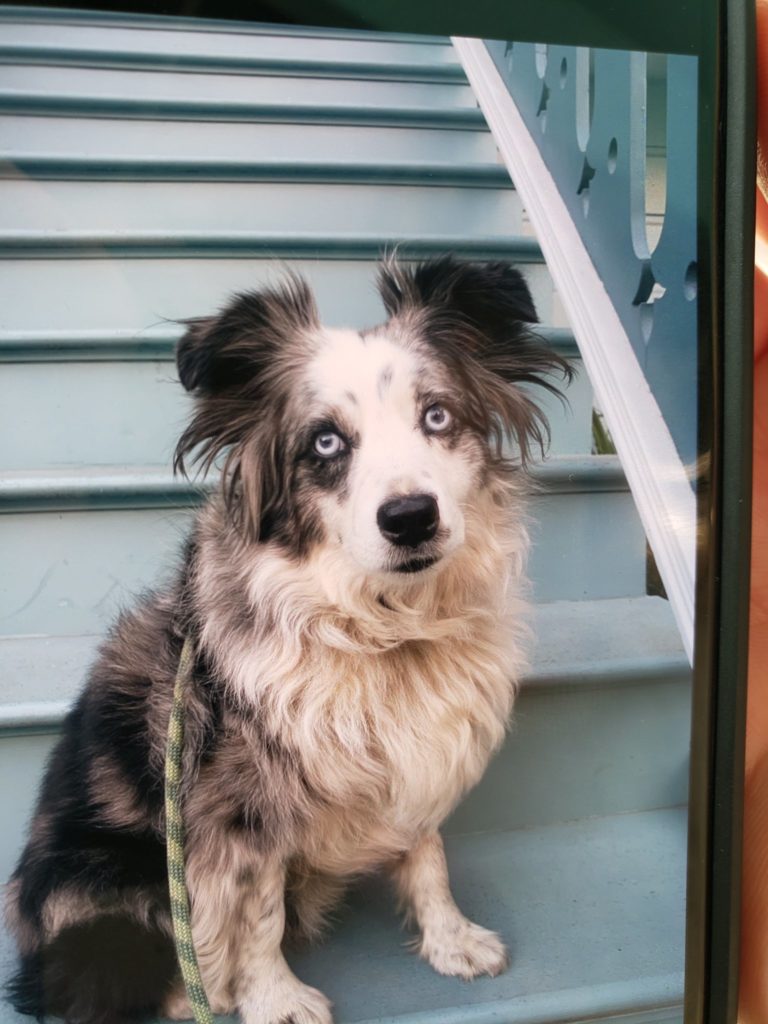 A GoFundMe page describes what security cameras captured of the theft.

“He was taken by someone who looks unassuming (not homeless). The man took a photo of him, pet him, sat next to him and then untied him from the bench and walked off with him.”

The website www.bringjacksonhome.com seeks assistance from the San Fransisco and Oakland communities to return the dog to his rightful parent.

“If you recently purchased a dog from a private party, please contact your nearest vet or animal control to have him scanned (Jackson is microchipped). Maybe the one you purchased is Jackson! Or maybe it’s someone else’s! Good to get awareness around this.”

Heartbreakingly, Talermo has been posting updates and images of Jackson on her personal Instagram page since he’s been missing. She really just wants him back home with her! 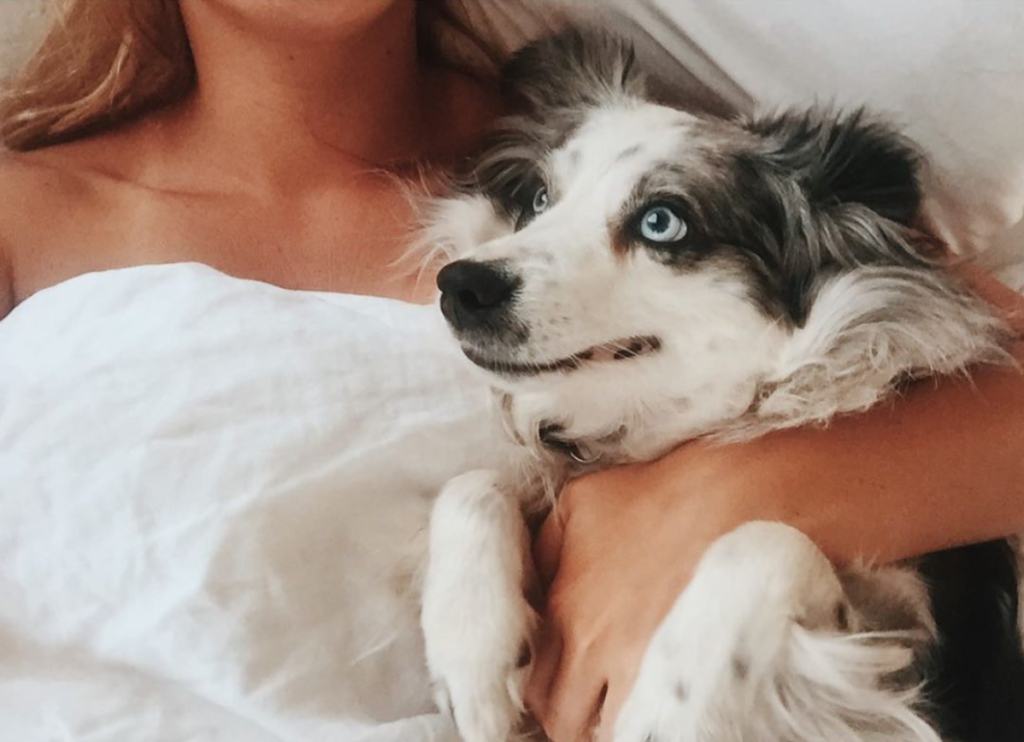 Talermo does not intend to punish the person who took Jackson. She won’t ask any questions of whoever returns her best friend to her and has no plans to involve police. In theory, whoever has him now has absolutely no clue he was taken. 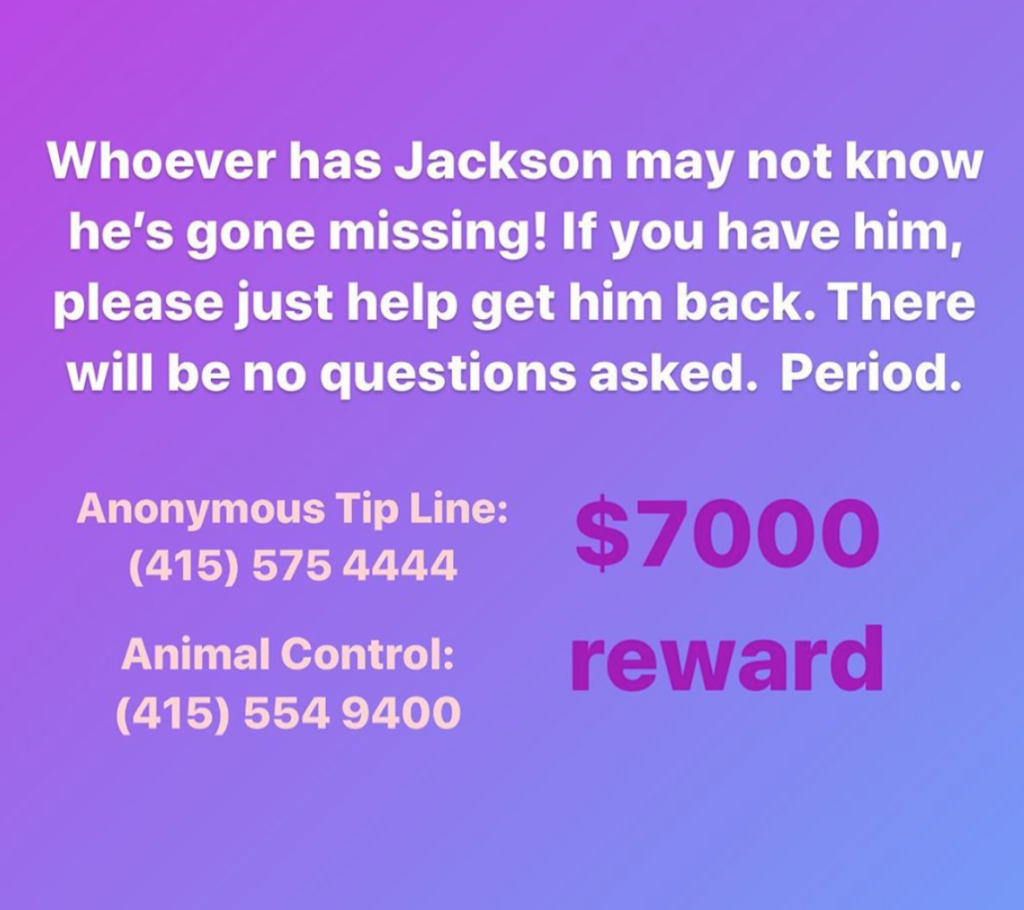 Community members have pitched in with donations on the GoFundMe page so Talermo can offer a reward to the person who finds or returns Jackson. There have been search parties throughout the city. Talermo made a Tinder account for Jackson.She even hired a $1,200 airplane to fly a banner with the search website address on it for two hours over San Francisco and Oakland.

Nearly in tears, Talermo told Fox how much she misses her pup.”

“He’s always with me. It’s a very real love. I just need help finding him.”

All we can hope is this heartbroken mom’s tireless efforts will be rewarded.

“Our hope is to bring Jackson back, but it is also a callout to community to be cautious with your dog. Christmas is just around the corner and the thought of a little kid getting gifted this handsome dog for Christmas makes my heart hurt—for me, my dog, and the kid (if we were to find him and have to take him back).” 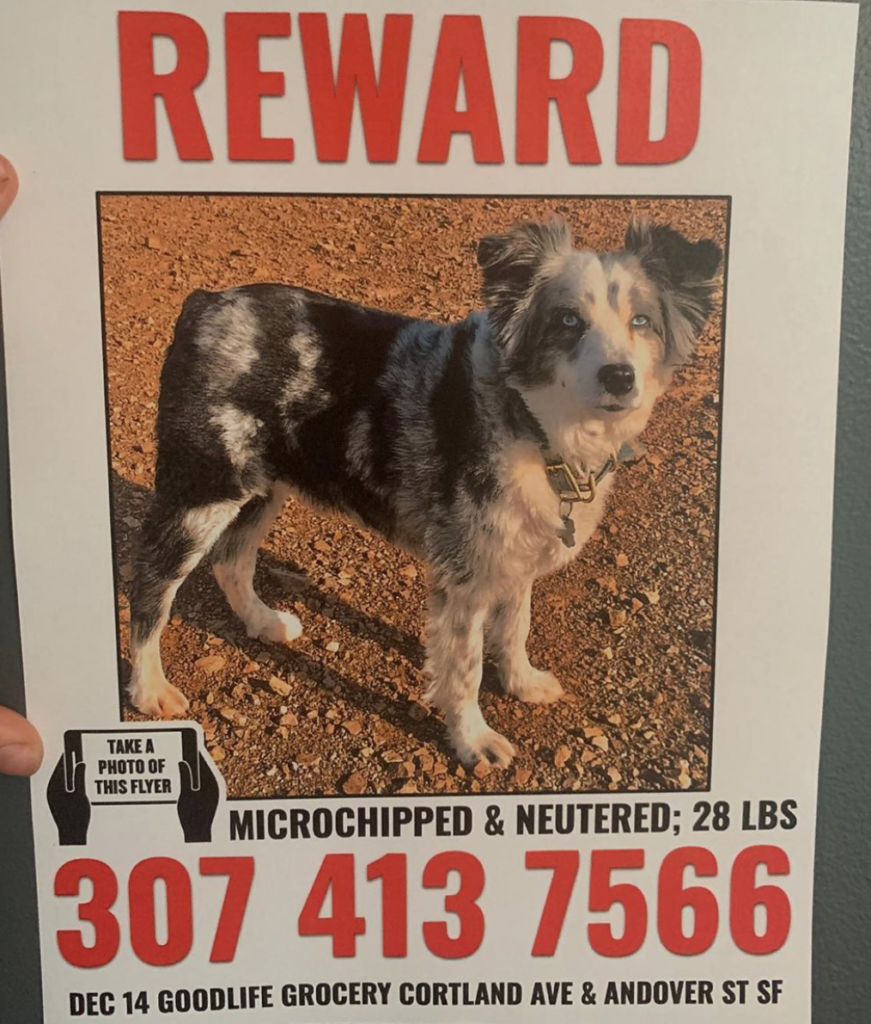 As of this post, Jackson still has yet to be found. Anyone in the San Francisco area is encouraged to keep their eyes out for an Australian Shepherd with two blue eyes who responds to Jackson. You can also help by re-sharing the flyer and website information. If you do adopt a dog that looks like Jackson, make sure to have his chip scanned!