This just in — this cat, to be precise. 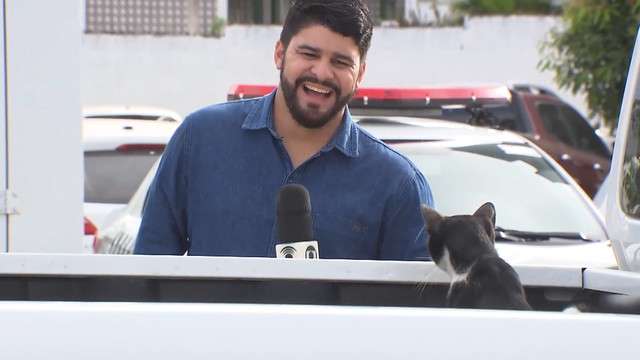 The other day, Brazilian journalist Artur Lira was filming a news segment outside a police station when, much to his surprise, a far more adorable story broke right before his eyes.

Smack-dab in the middle of Lira’s report, a cat appeared at his feet — demanding both his and the camera’s attention.As you’ll see, Lira couldn’t help but laugh at the unexpected interruption (especially when the kitty surprised him for a second time): “He was so cute, you can’t feel angry,” Lira wrote. “I think this cat wanted to be famous.”

And that’s exactly what happened — though this sweet story is actually still unfolding.

According to Globo News, the cat is a stray who’s being fed and watched over by police at the station — but, if all goes according to plan, Lira intends to adopt the cat himself. After all, the kitty had already chosen him.