A 2-year-old pit bull named Karlyn has transformed into one happy-go-lucky dog — and now she just needs a forever home to complete her story. 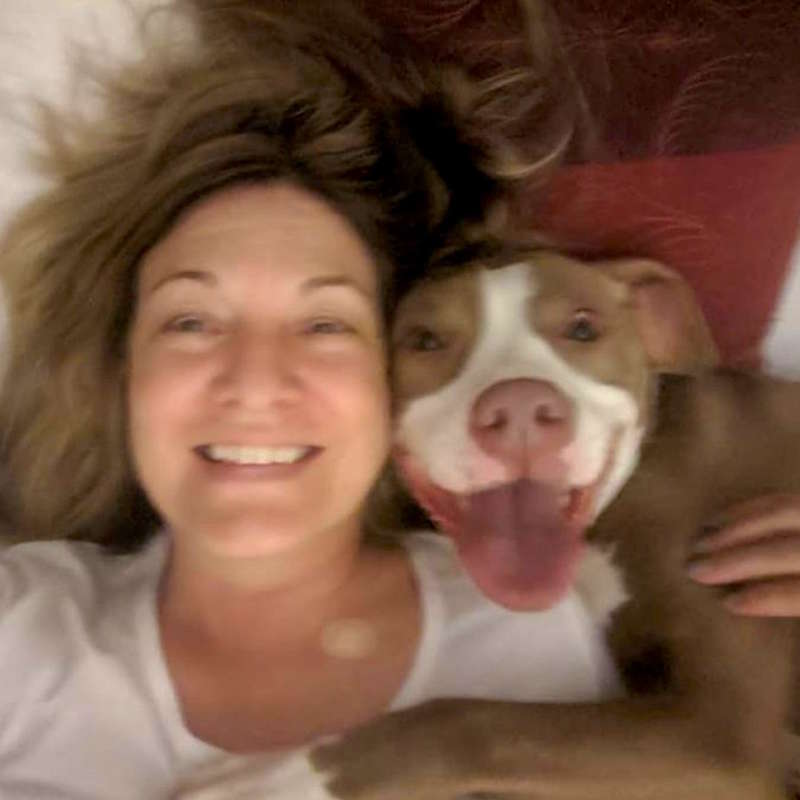 Not long ago, this super smiley pit bull was once too afraid to look people in the eye.

No matter how much people tried to dress her up for her shelter photo, Karlyn just looked defeated and miserable. 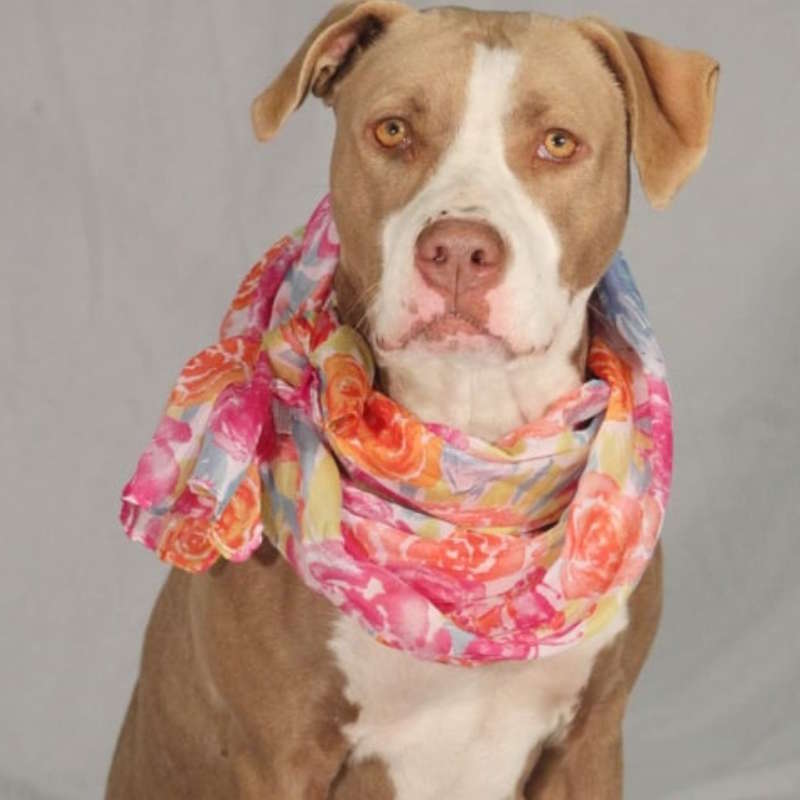 But then something wonderful happened: Karlyn met someone who believed in her potential — just in time to save her life.

Karlyn was found as a stray in South Carolina, and from her behavior it seems that she may have had a home once but was dumped. She was nervous and timid, with a tendency to cower, as if she’d been mistreated in the past.

“The shelter was overcrowded and they needed 10 large dogs to be adopted, fostered or rescued,” Greenville resident Fran Alexay told The Dodo. “This shelter works so hard toward becoming a no-kill, it’s hard to overcome space. Space is the frequent reason dogs become urgent.”

Alexay has a friend in Vermont, Valerie Mullin, who works with Champlain Valley Canine Rescue to help get unwanted dogs adopted. And that day, Karlyn went from the urgent list to the adoptable list, thanks to Alexay and Mullin, who decided to coordinate Karlyn’s rescue. 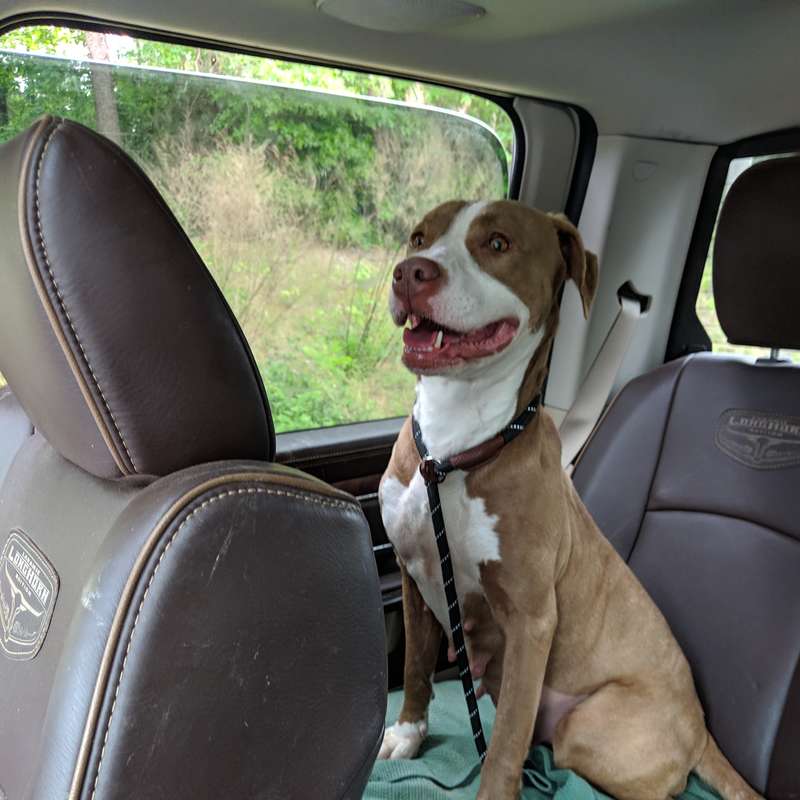 “Pit bull types again and again end up on the urgent list — so when I can, I choose to save that type,” Alexay explained. 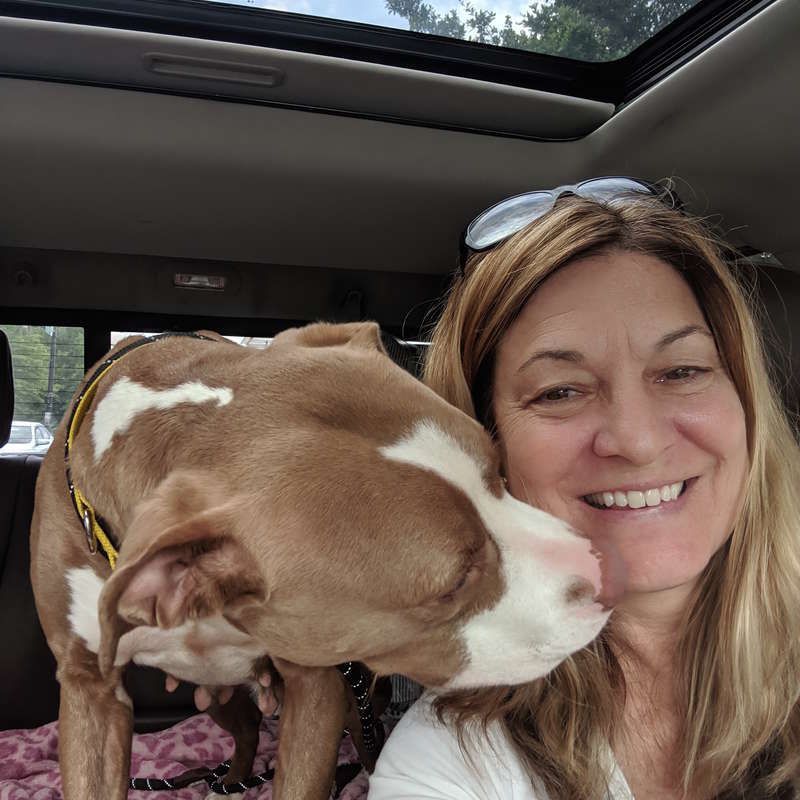 Then it was time for Karlyn to go to Vermont and continue her journey to find a loving forever home. But on her last night at Alexay’s house, her first foster mom decided to record a message to help her find the home she so deserves — and Karlyn snuggled up to hear all the sweet things she had to say. “She needs her person. She deserves her person,” Alexay said. “She’s really amazing.”

Karlyn returned such praise with a lot of wet kisses. 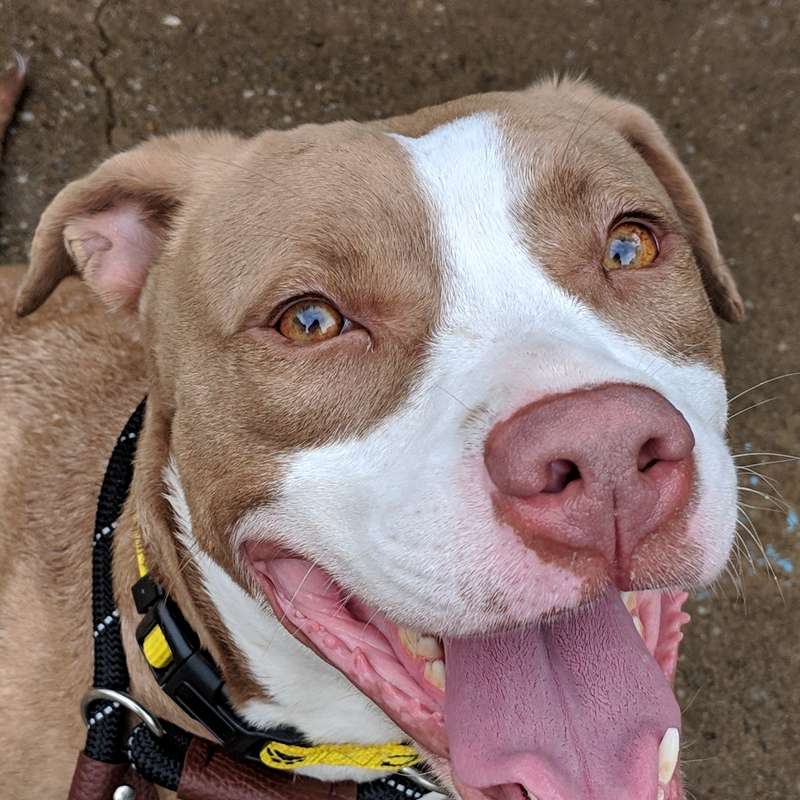 Karlyn is now being fostered by Mullin while she waits for the right family.