Shannon McCann and Nick Pizio hadn’t planned on adopting another dog. But last month, Pizio stumbled on a social media post that would change their lives forever.

While scrolling Facebook, Pizio spotted an advertisement for a Planned Pethood Inc. adoption event and immediately recognized one of the dogs in the photos. 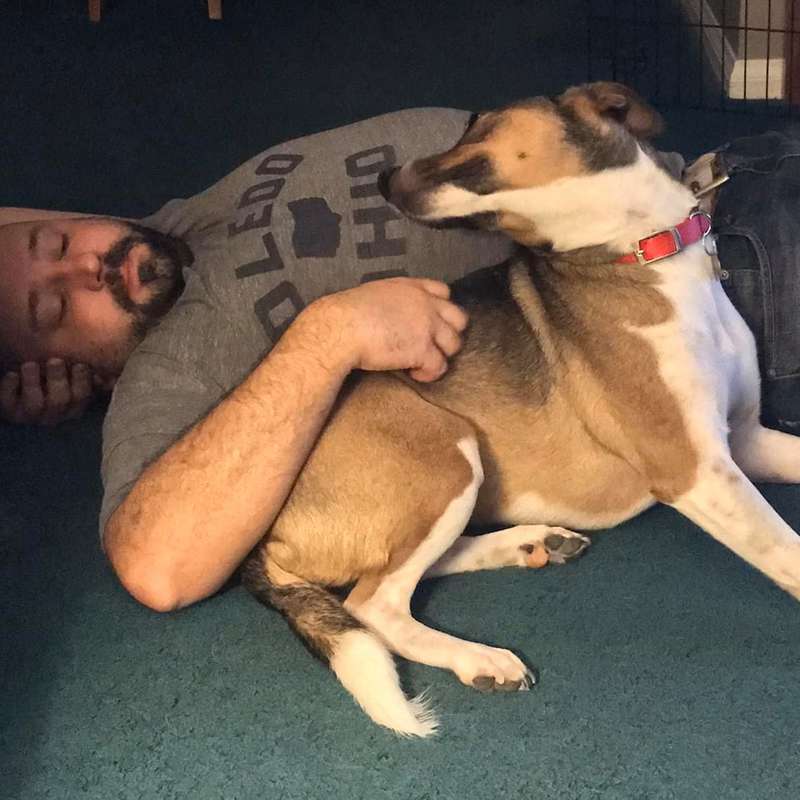 The dog looked just like Lucy — a shelter pup he had adopted with his ex-wife in 2015. Pizio never stopped missing Lucy, but when he and his ex fell out of contact, he lost track of Lucy, too.

McCann and Pizio rushed down to the event, worried that they had missed their chance at a reunion. “We were both really anxious because we didn’t know if she was still at the event,” McCann said. “I could sense Nick’s anxiety as he frantically scanned the store for the adoption event.”Finally, they spotted a group of dogs in the back corner of the store. Pizio locked eyes with Lucy, and any doubts that she was the right dog melted away.

“Lucy recognized him right away,” McCann said. “When she saw Nick, she popped right up and was wagging her tail like crazy and had her face as close to the holes in the crate [where she was being kept] as possible so Nick could touch her.”

“When we opened the crate to let her out, she jumped all over him and her tail wouldn’t stop,” McCann added.

You can watch the touching video of their reunion here:Pizio knew he couldn’t let Lucy go again, so he filled out an adoption application. “We were both hesitant because we never planned on having two dogs,” McCann said. “But we just couldn’t bear to see Lucy homeless again.” 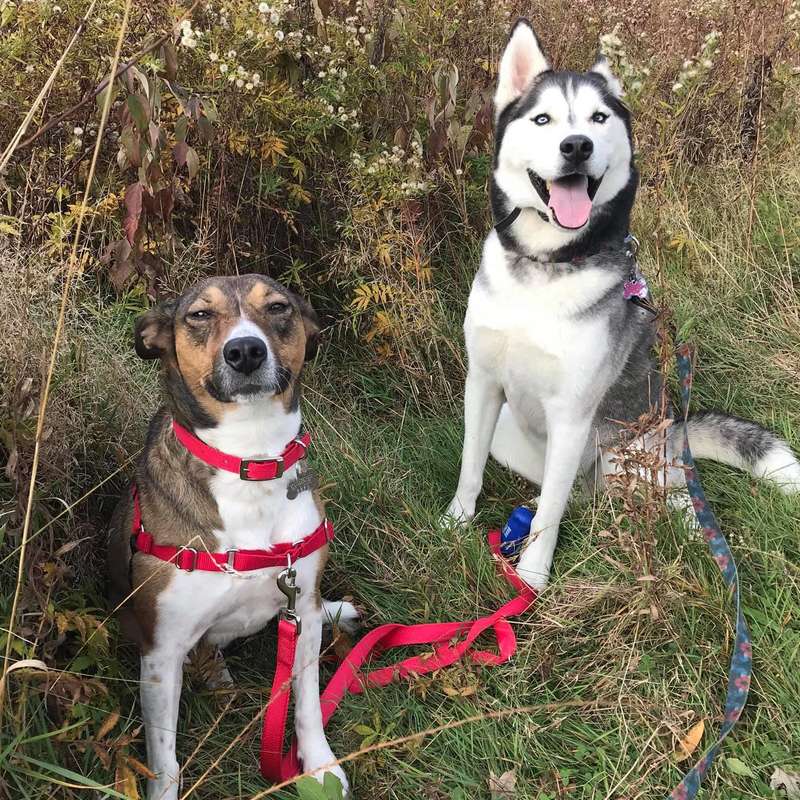 Now, Lucy is home with her parents and her new sibling, a husky named Kuma. It’s only been a week but the pup has already settled into a routine of going on long walks with her sister, giving her new mom kisses and soaking up every moment with her dad.

And her dad couldn’t be happier that fate brought her back into their lives: “He’s happy he saw the post in time to be able to rescue her,” McCann said.