A few years back, Christopher Doyle’s daughter was promised a pet hamster. But that was a promise he failed to keep.

To Doyle, it may have become a distant memory, but his daughter didn’t forget.

When it came time to convince Dad to let her adopt a pet — this time a cat — Doyle’s daughter pulled out all the stops. 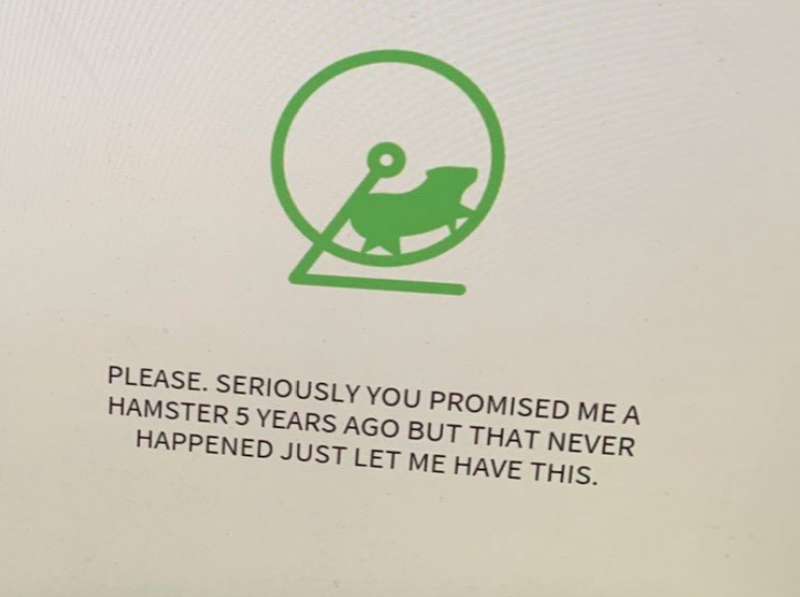 Doyle recently took to Twitter to share his teenage daughter’s surprisingly well-organized plan to convince him to get her a cat.

She literally put together a pro-cat PowerPoint presentation — a meowerpoint, if you will. 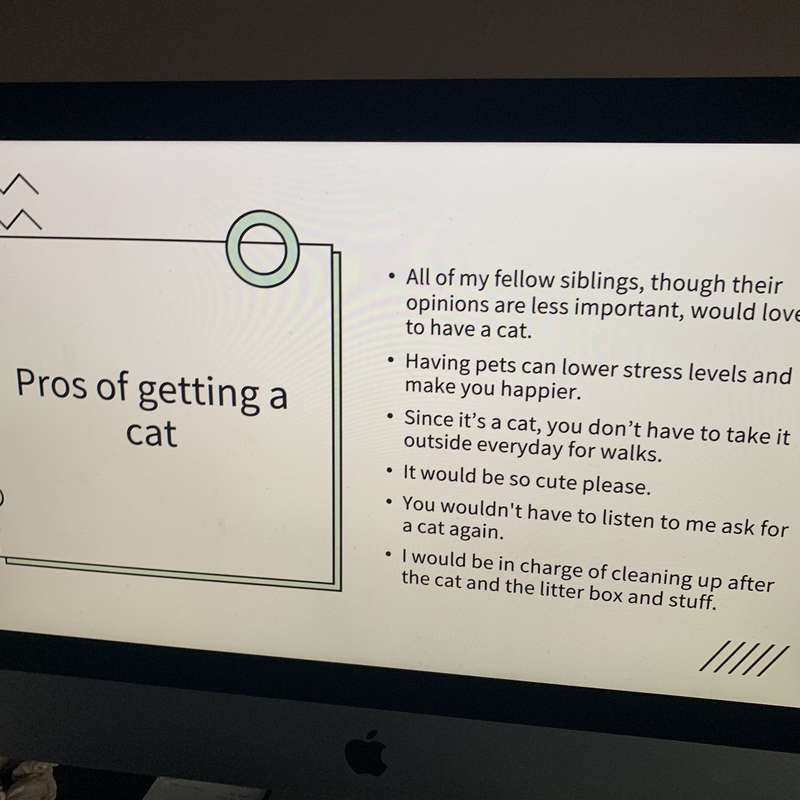 Doyle’s daughter opens with a bullet point list of pluses about owning a cat. Among them, she includes a not-so-veiled threat:

“You wouldn’t have to listen to me ask for a cat again.” 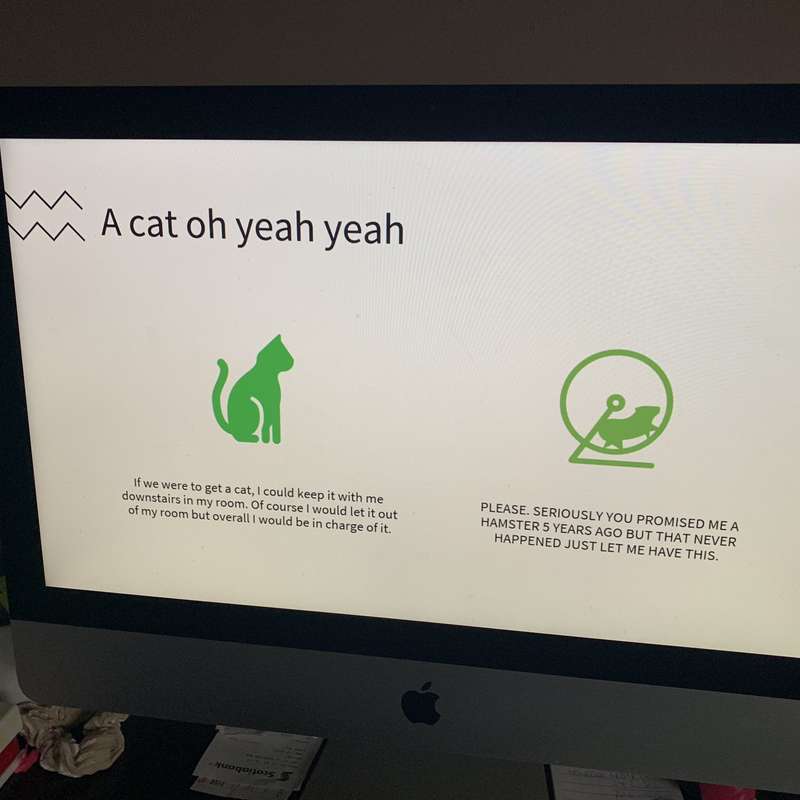 In the slide above, Doyle’s daughter delivers a doozy about his failed promise, as a father, to get her the hamster. (Surely, that must have stung.)

But then she shifts to a more conciliatory tone — suggesting that all can be made right, and that she can totally handle taking care of a cat. 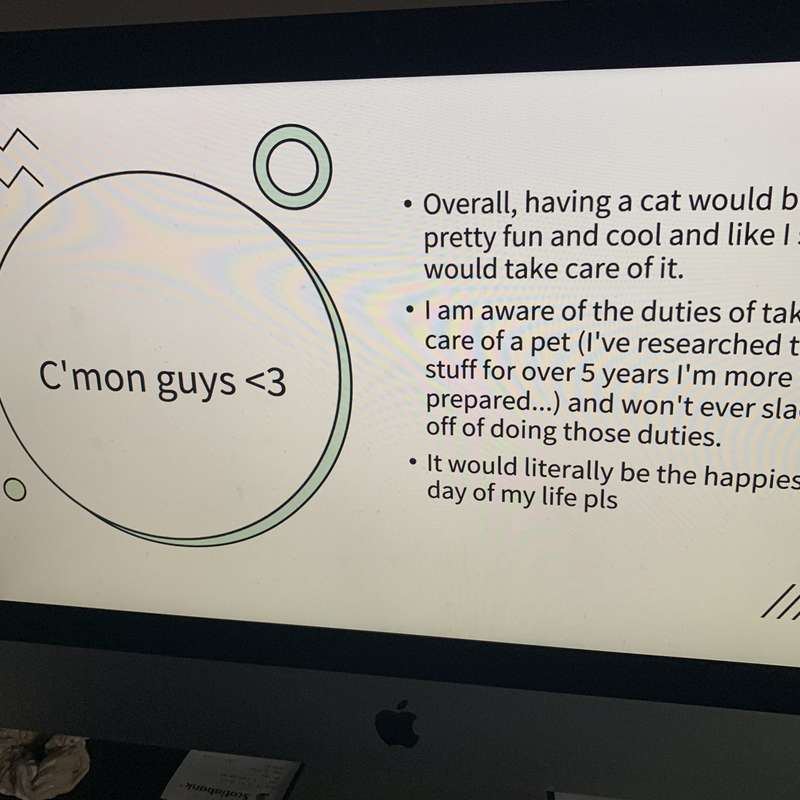 After Doyle’s daughter states that his decision on this matter would either grant, or deny, her what would “literally be the happiest day of [her] life,” she then brings it all home.

The final slide is essentially just a picture of an adorable kitten. 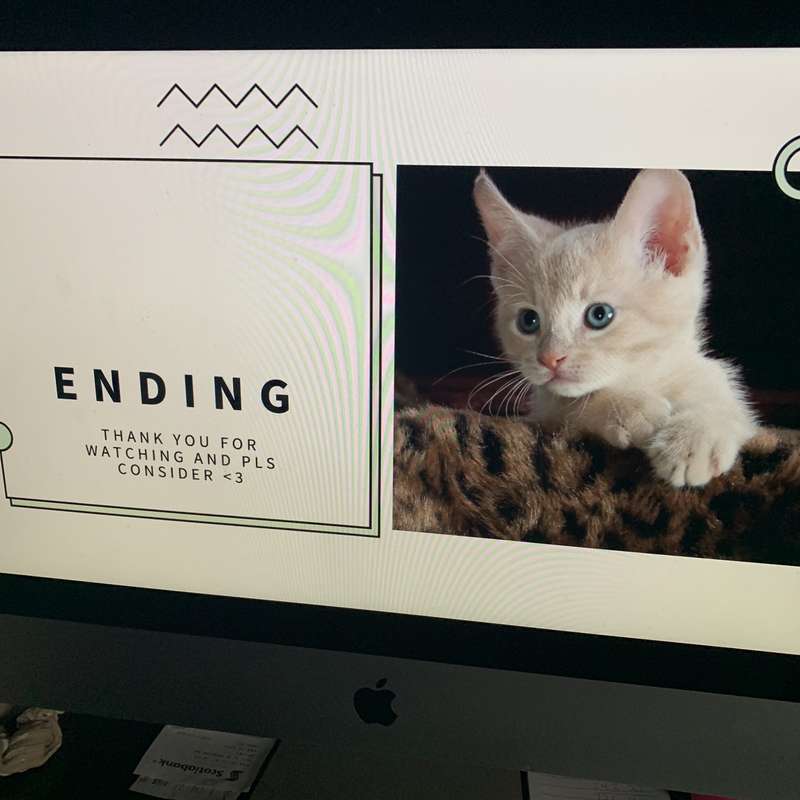 How could Dad say no?

Doyle’s daughter had the upper hand — even more so after his tweet about the PowerPoint presentation went viral, with most taking her side:

She is enjoying this a bit too much pic.twitter.com/uonWZE1Wu8

When asked if he was persuaded on the cat issue, Doyle told The Dodo, “Yes. We are going to look at a rescue.”

Here’s the paperwork to prove it:

And it’s nice to know that she’ll now have a furry friend to join her along the way.