Nala has always been the friendliest dog, and loves going out on adventures and meeting new people. However, she has one tiny vice.

“She’s quite the character,” Aurora Angel Beste, Nala’s mom, told The Dodo. “So friendly but so, so lazy.”

Nala is not a big fan of exercise, especially when it’s not on her own terms. Whenever she and her mom get home each day, they usually take the elevator, and if they don’t, Nala demands to be carried. Recently, though, Nala’s vet mentioned that she was getting a little chubby. Beste decided they both could use a little more exercise and made a decision that the stubborn husky isn’t thrilled about. 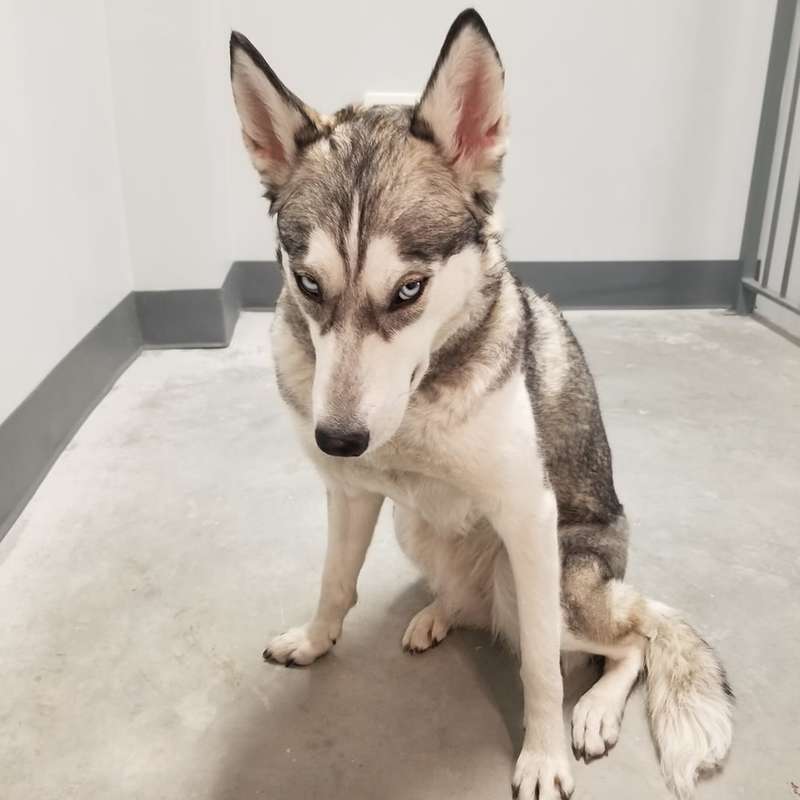 Beste decided that from now on, every single day, they’ll be taking the stairs — and on their first day of this new endeavor, Nala staged a protest.

Nala and her mom live five flights of stairs up … … and they only reached the second floor before Nala was very adamantly done.

At floor four, Nala found a corner and pressed her nose into it, refusing to look at the person who was making her endure this “torture” … … and finally, at floor five, Nala collapsed dramatically, hoping that her antics would earn her a trip on the elevator next time — but unfortunately for Nala, her mom has decided they’re in this for the long haul. Since their first attempt, Nala has begrudgingly gotten a little better at taking the stairs — but mostly, she’s still protesting.

“It depends on her mood now,” Beste said. “Sometimes she’ll go up without a fight and sometimes she’s so stubborn. But she has no sense of urgency so even if she does go up — she takes her sweet time.”

Hopefully Nala will learn to love the stairs over time — but her mom definitely isn’t counting on it.