This is Holly, a cuddly black Lab who lives in New York with her parents.

She’s downright adorable — and we’re not the only ones who think so. 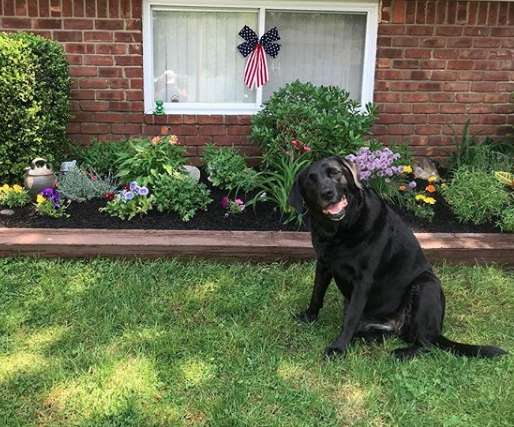 For the past seven years, Holly has had an equally charming “boyfriend” named Harry. He’s a golden retriever who lives just next door with whom she likes to run and play. But though they’ve been together for a while now, time has done little to fade the spark of their sweet relationship.

And there’s video to prove it.The other night, Holly’s family noticed her whimpering at something just beyond the front door.

It was Harry — there to surprise his best gal with a toy and an invitation to play.

Here’s footage of how that scene unfolded:Holly, of course, gleefully accepted dear Harry’s offer — but she wasn’t the only one smitten by the gentlepup’s thoughtful gesture.

“My heart is so full!” Casi Cook, Holly’s owner, wrote online. “If you listen when my brother opens the door, I’m in complete shock and I didn’t believe it.”Now that’s true love.