Officer Roger Pereira has had his share of odd days on the job, but on Tuesday morning a call came through that left him stunned. The tiniest offender was holding up traffic on the busy US-101, just south of San Francisco. 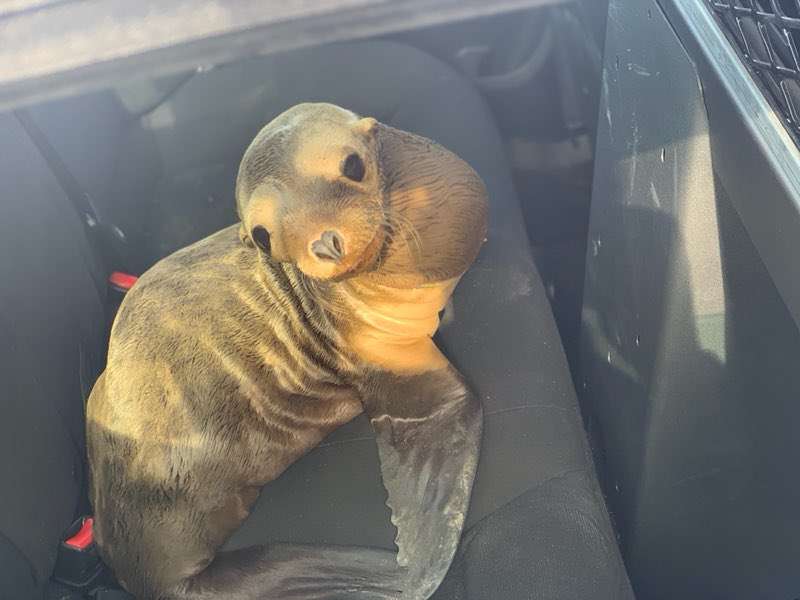 The 10-month-old sea lion was being guarded by a few Good Samaritans, who had pulled over to help the little animal. “They were standing next to it making sure it did not walk into the lanes of traffic,” Pereira said. “I was in shock and could not believe my eyes that I was actually looking at a sea lion on such a busy freeway.”

Clearly far from home, the 30-pound sea lion had no idea he was interrupting people’s morning commute. Instead, he seemed to be taking in the new experience with a childlike sense of wonder.

“Even with all the loud noise of vehicles passing by and all the people around him, the sea lion was very calm and curious about what was going on,” Pereira said. 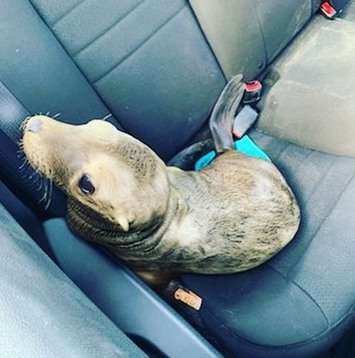 Officer Pereira had no choice but to arrest the wayward marine mammal — but decided to dispense with handcuffs. He parked his patrol car near the sea lion and opened the passenger door.

The sea lion gave himself up willingly. “The moment the door opened, the sea lion jumped right into the back seat of the patrol vehicle,” Pereira said, “without needing any type of motivation.” 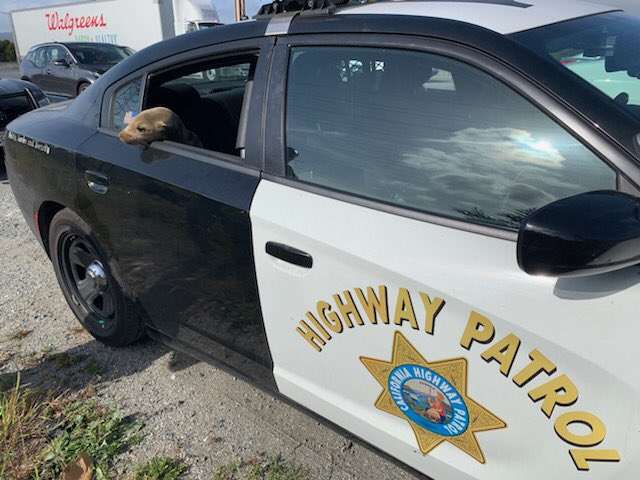 Again, the little sea lion seemed totally enthralled with the new experience. Perhaps it was this curiosity that got him into hot water in the first place.

“The sea lion loved the car ride,” Pereira said. “It did not make any noises or make any erratic movements in the back of the patrol vehicle. The sea lion was very well-behaved.”

Look who the CHP FOUND ON highway 101. pic.twitter.com/xGzkIGNTQ0

Pereira dropped the sea lion at the nearby Peninsula SPCA in case the animal needed immediate care, letting him off with just a warning.

The sea lion was then transferred to The Marine Mammal Rescue Center, where an examination revealed him to be healthy besides slight malnutrition and a minor cut to his flipper. 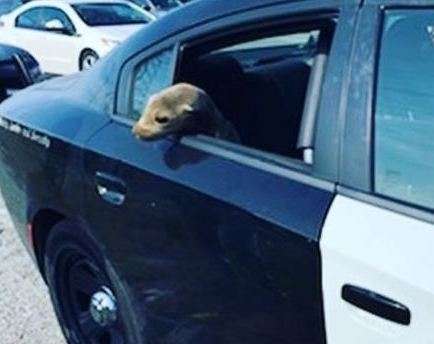 “Kid likely separated from his mother early and wasn’t quite ready to forage appropriately on his own,” Dr. Cara Field, staff veterinarian at The Marine Mammal Center, told Patch. “Although a bit malnourished, this sea lion pup is very active and feisty so we’re hopeful with immediate supportive care that he makes a full recovery.”Hopefully, with a little time, the sea lion will be able to be released back into the wild — far as possible from morning traffic.