Alex Aabedi was hanging out at home in California when his little brother ran into his room with exciting news: There were ducklings in the backyard.

“We get ducks visiting our backyard and pool from time to time but we’ve never seen ducklings,” Aabedi told The Dodo. “So I looked outside and saw them following the mama duck around in the grass.”

The ducklings eventually followed their mom into the pool for a swim. When they were done, the mother duck jumped out of the pool easily, but the ledge was too high for her little babies to reach. 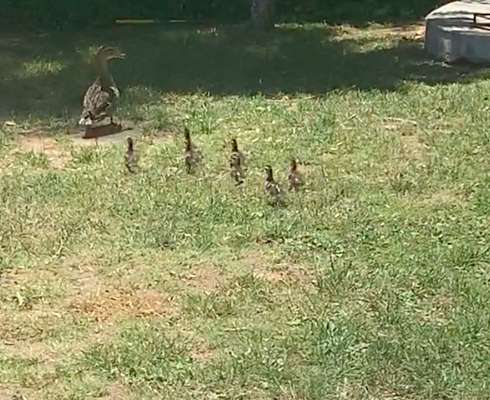 “The mom kept jumping out of the pool and I guess trying to get her little ones to follow,” Aabedi said. “After seeing this go on for an hour or two, we realized that the ducklings would eventually drown or get eaten by neighborhood coyotes, so we brainstormed ways to get them out.”

Ducklings are not born waterproof, so it’s important for them to dry off and preen from time to time. Mother ducks can’t lift their babies out of the water, so when ducklings get trapped they’re in serious danger. 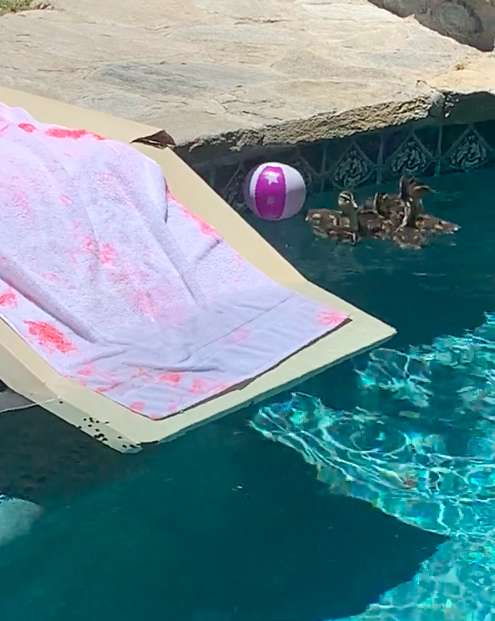 Aabedi and his brother came up with a few ideas for how to free the ducklings, but none of them seemed to work out.

“Initially, we considered using a pool net, but the ducklings were so incredibly fast in the water it seemed impossible to be able to catch them, and the mama duck wasn’t too keen on allowing us to get too close to her babies,” Aabedi said. “So we decided to put a makeshift ramp together [using a pool float].” 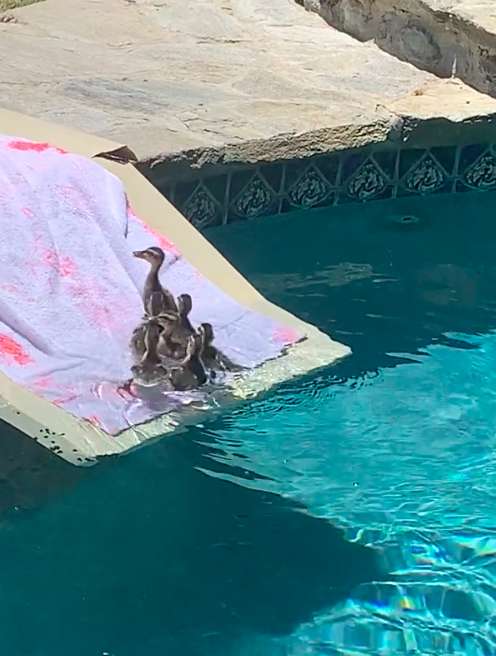 Aabedi and his brother noticed that the mother duck seemed stressed, so they kept their distance while gently guiding the ducklings to the ramp. However, the material of the pool float ramp was too slick, so the ducklings kept falling back into the water.“My mom had the genius idea of throwing a towel over it to provide their little feet with more traction,” Aabedi said. “And it worked!”

The ducklings seemed thrilled to be reunited with their mother — and Aabedi was so grateful he was able to save seven little lives that day.