Meet Peanut — a cockatoo facing a bit of an identity crisis.

When Peanut joined Frances Kent’s family 19 years ago, he was just an impressionable chick eager to fit in. His dog siblings quickly taught him the ropes and it didn’t take long for Peanut to begin to mimic the language and behavior of his new flock.

“He started copying the dogs from early on,” Kent told The Dodo, courtesy of ViralHog. “When the dogs would run to bark at the gate, he would follow and do the same.”

“He is very affectionate, super intelligent and can be just as mischievous,” she added. 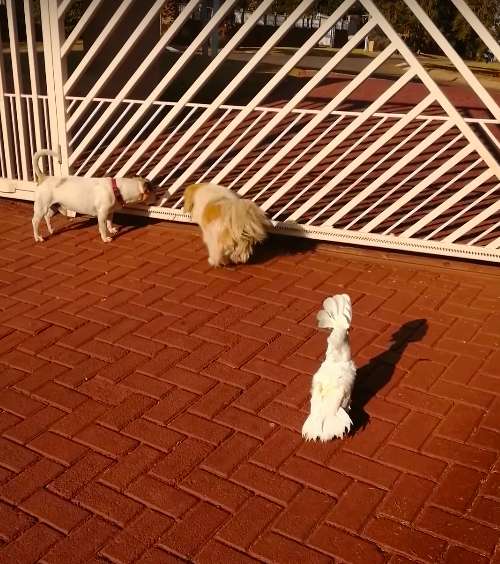 Now an expert at home security, Peanut is finally getting the attention he deserves after a video of his antics went viral last week. In the clip, the confident cockatoo makes himself imposing by raising the crest feathers on the top of his head and barking along with his canine siblings.

He so perfectly plays the part that it’s nearly impossible to tell the bird’s bark apart from the rest of the pack.ViralHogAfter nearly two decades, Peanut holds a place of pride amongst his dog pack. “He’s been like a ‘mother hen’ to the dogs as puppies,” Kent said. “Even today, he still cuddles them and also puts them in their place. He rules the roost!”

But the attention-loving bird doesn’t stop at barking — he has far more tricks under his wing. “He mimics quite a few dog antics and even some human antics, too,” Kent said. “He enjoys watching TV, playing ball with the dogs and he can be very loud!” 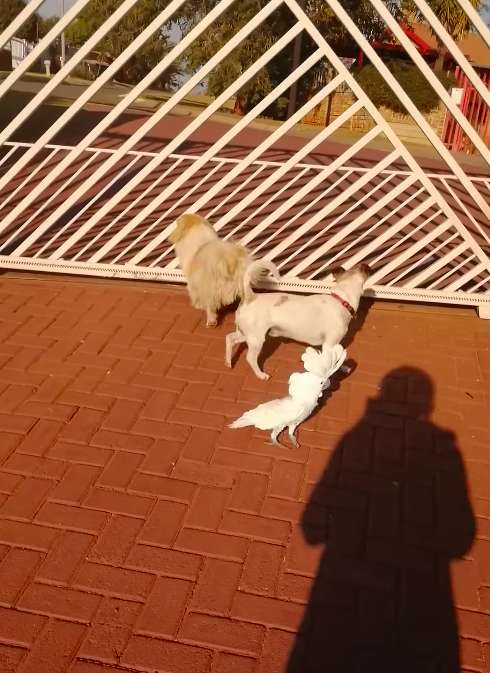 When Peanut is around, his family is never bored. And they let him know every day that he is, of course, a very good boy.

“Cockatoos are known as ‘velcro birds’ as they need a lot of attention and Peanut definitely demands it,” Kent said. 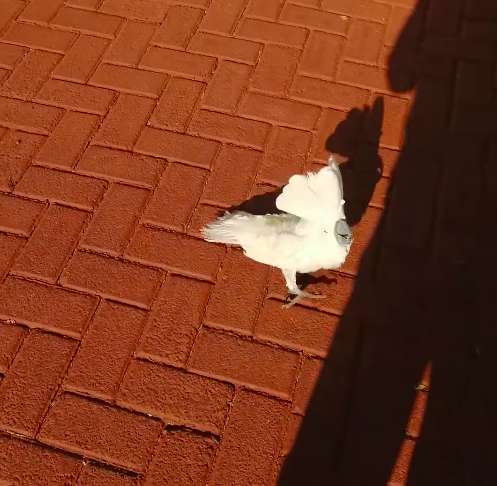