When you purchase items from the iHeartDogs store, a portion of that profit is donated to GreaterGood. GreaterGood is an amazing organization that supports charities that help dogs in need. Thanks to loyal customers like you, many dogs got a second chance at life because of these amazing donations. Teddy and Enfield are two of the many dogs that benefited from GreaterGood donations!

Teddy and Enfield were a part of a group of 50 rescue dogs that were saved by Wings of Rescue. Wings of Rescue is an incredible organization that flies large scale transports from disaster situations and high-kill shelters to safe shelters with empty kennel space. All the dogs in this specific transport were rescued from a high-risk shelter and brought to a shelter where dogs get adopted almost immediately. 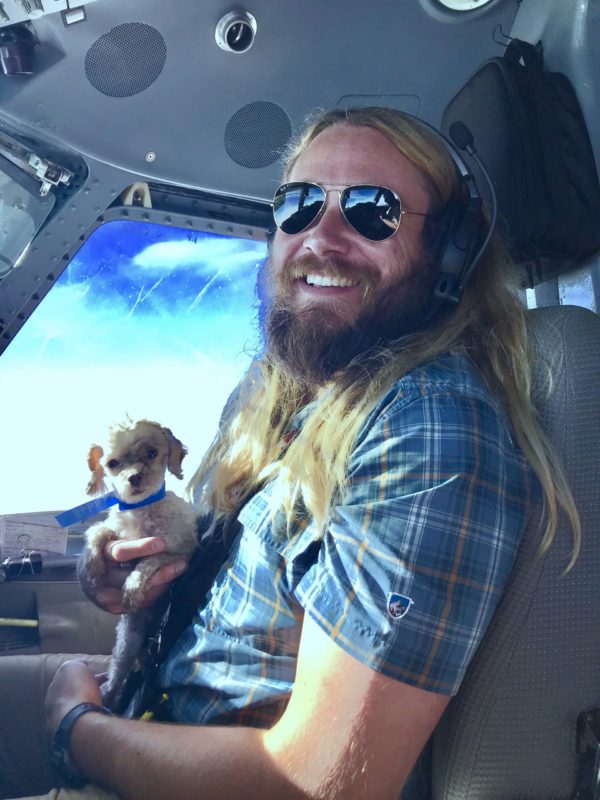 Teddy was a 5-year-old Poodle that was sent to a Louisiana shelter after his human parent passed away. He was left all alone with no family members to care for him. The shelter he was in was overcrowded, so Wings of Rescue rushed to save him.

On social media, Teddy quickly gained popularity due to some adorable photos taken during the flight. He was a tiny, adorable fluff ball that nearly everyone wanted to welcome into their homes! He arrived at the Brandywine Valley SPCA where he found his new loving mom almost instantly! Enfield was another lucky pup that was rescued from an overcrowded shelter. He was just a young puppy at the time. He came from a shelter in Texas to the Brandywine Valley SPCA. Thankfully, his cute puppy face also landed him a forever family right away. He arrived at the shelter along with his sister, and she quickly found a forever home too!

Both Enfield and Teddy went from waiting at an overcrowded shelter to living the dream in a loving home. Wings of Rescue and Greater Good truly turned their lives around! Not only did Enfield and Teddy benefit from these donations, but every dog in the transport got a chance at a safer and more exciting life. Thanks to purchases from the iHeartDogs store, lots of dogs like Teddy and Enfield have gotten a second chance at life. iHeartDogs sells a wide variety of products for both you and your furry friends. Every purchase can change a dog’s life, so thank you to everyone that has purchased products to help dogs in need!

Images from Wings of Rescue

The post You Helped Transport These Dogs Away From Overcrowded Shelters appeared first on iHeartDogs.com.