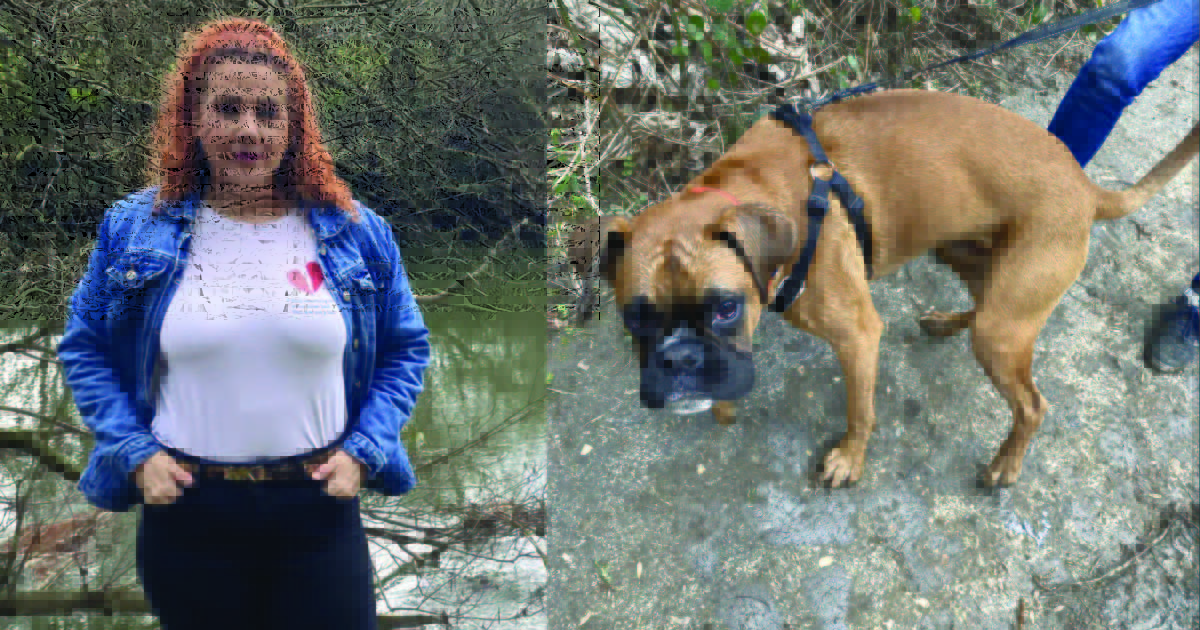 Blind dates are already hard enough. The awkwardness of the whole thing has kept more than a few of us single. So we really feel for Lizzy Johnson of Surrey, England, who recently jumped into a river to save her Tinder date’s dog from drowning.

The Dog Is All In The pooch, a Boxer-like pup from Lizzy’s description, had apparently never been around water. As the Tinder-connected pair took a stroll along the River Mole in Walton-on-Thames, the fearless boy jumped on in.

Lizzy said the owner didn’t realize the dog was heading for the water until it was too late.

“As the dog jumped in, he just panicked and was like, ‘Oh my God, my dog’s never been in water before,” Lizzy told Kennedy News and Media.

Her date’s reaction was what some in the UK might call “daft.” That’s when the 37-year-old flight attendant and mother of two’s instincts kicked into action.

“I had to pull the dog out because the owner was too busy flapping,” Lizzy said.

A few steps in, and the water started to reach her shoulders. Wearing mini-heels, she struggled to find footing while the owner offered useless suggestions from the bank, according to Lizzy.

Eventually, Lizzy reached the struggling fella, and after some wrangling (and finally some actual help from her date), the trio emerged from the water safely. But the disastrous date wasn’t quite over. The soaked trio had a 10-minute walk back to the car, where they encountered quite a few strange looks from other park visitors.

During the return trip, the guy offered up some limp excuses for his inaction.

“He was like, ‘I was going to go in, you didn’t need to do that. I was going to empty my pockets and then lie down on the bank and pull him out,’” Lizzy told reporters. “I guess he was trying to be logical whereas I was like, ‘There’s a dog in the river drowning—I need to get the dog out.’” As you can imagine, sparks didn’t exactly fly.

“It was probably the worst date ever, maybe because I wasn’t feeling him as well. It wasn’t a great date,” Lizzy said. “It was my first socially-distanced kind of date and I’m just going to wait until things resume so I can be taken out for a nice glass of wine. Dog walks are out of the picture for now.”

Sadly, no video of the incident itself exists. And we weren’t able to track down the name of the doggo. But Lizzy did manage to snap a few pics of the muddy and messy results before recording a video to share the details of her weirdest date ever.

You can find a link to the video Lizzy made after the date here. And to find more humans going to the extreme to save water-logged canines, we’ve got you covered:

A boarder jumps in when a dog and human’s kayak capsizes
When his dog jumped off a bridge, he jumped too to save her
She braved the British seas to get her dog to safety

The post Tinder Date Ends With Woman Jumping In River To Save Date’s Dog appeared first on iHeartDogs.com.