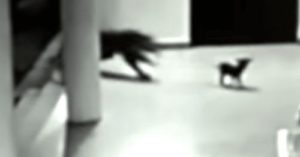 The power of a mother’s love took the spotlight in an event that could have been fatal for a tiny puppy. While a hungry leopard made dinner plans after spotting a small dog in the distance, the puppy’s mother had other plans.

Divisional Forest Officer, Mrintunjay Madhav, emerged from his office in Himachal Pradesh, India when he heard a commotion coming from outside of his work building. Though he immediately saw a mother dog licking her 2-month-old puppy, he couldn’t have imagined the heroic act that this mother just accomplished. 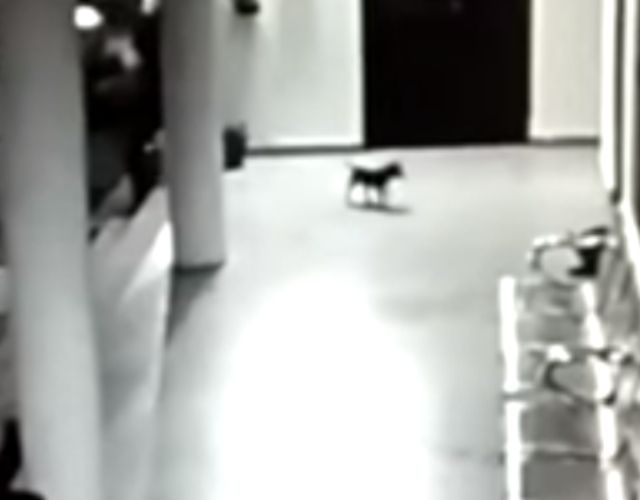 After noticing that this small puppy had a few small injuries, he decided to head back to his office and review security footage from outside of the building. It was then that he realized the gravity of what just happened.

The security footage shows the small puppy standing on her own outside of the building, completely unaware of the approaching danger. As the puppy begins to walk along the porch, you soon see a large leopard creeping into the shot.

Within moments the leopard approached the puppy from behind and grabs the unsuspecting puppy by the neck. Just as the leopard attempts to run away with her prize, momma dog comes in for backup! 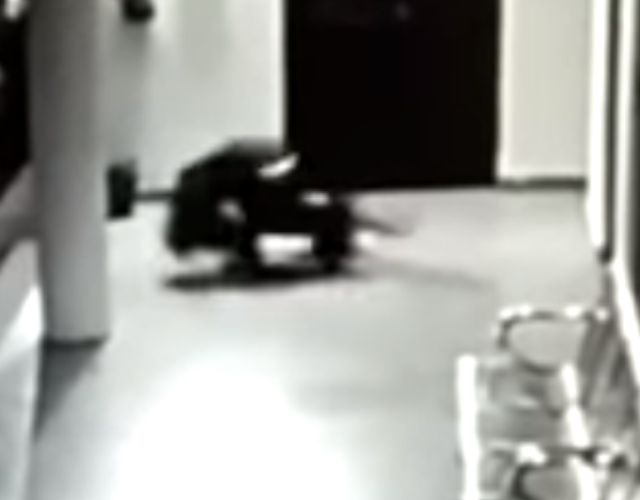 The puppy’s mother immediately swoops in and begins to ferociously fight off the large leopard. The leopard obviously knew this mom meant business, as the wild cat quickly released the puppy from her jaws.

As the leopard runs away from the scene, the mother runs to the edge of the steps, as if she’s telling the leopard to leave and never come back! The puppy stumbles a bit before standing back up, likely thankful that the mother was there to save the day.

Wildlife officials noted that these incidents are increasing due to the wildlife’s desperation for nearby food. It was also clear to professionals that this leopards leg appeared to be injured, likely why it was resorting to searching for easy prey. After the security footage was reviewed, officials in the area made the efforts to warn locals of a nearby leopard that may be on the prowl.

We are seriously impressed by this mother’s determination to protect her pup at all costs. That leopard will think twice before showing up on that porch again!

The post Security Cam Captures Mother Dog Running To The Rescue When Leopard Attacks Her Puppy appeared first on iHeartDogs.com.