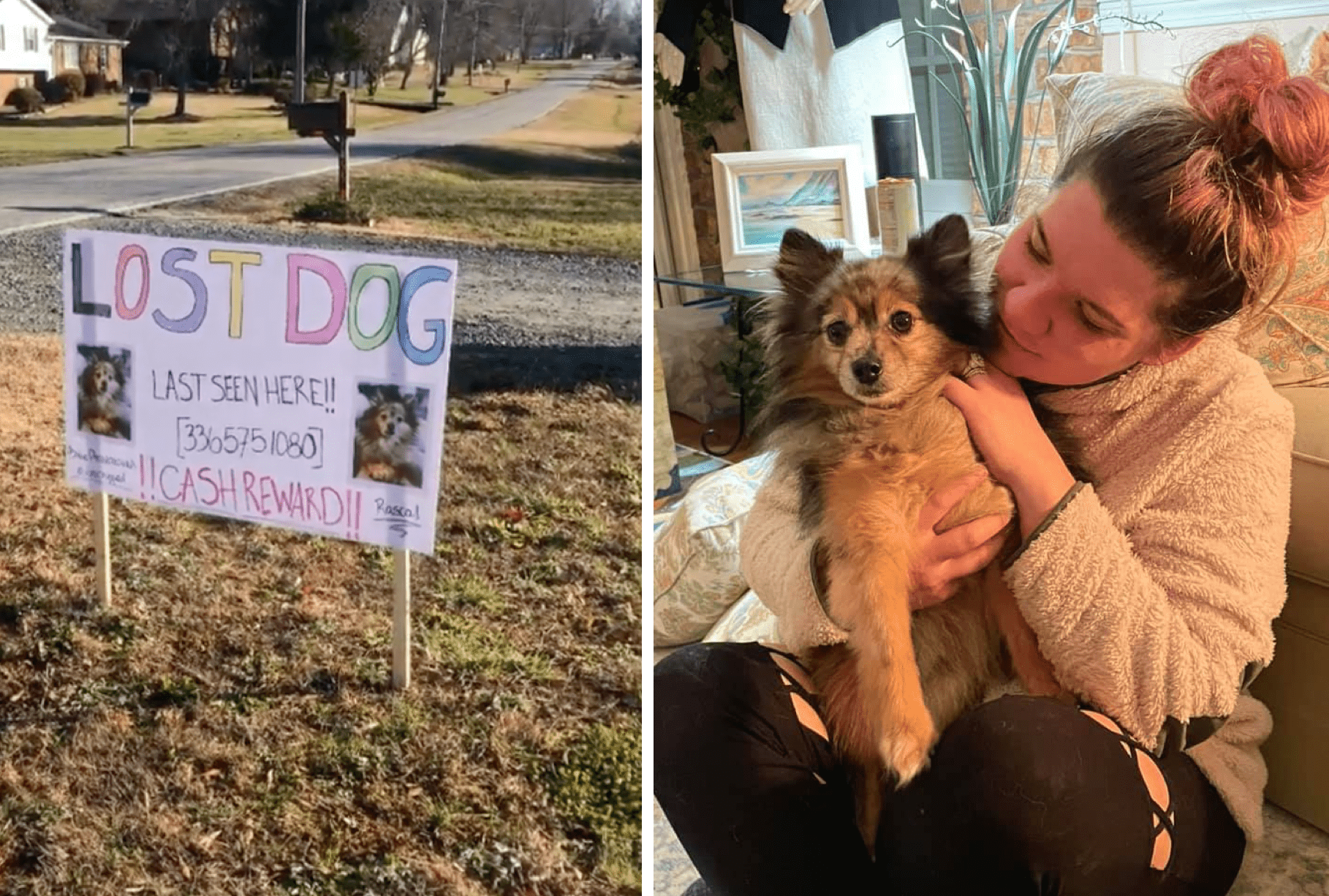 When Hayley Compton went to visit her parents in Lexington, North Carolina she already had a big weight on her shoulders. She had recently lost her grandmother, and in the same year, a job. Her four-legged best friend Rascal, a 7-year-old rescue Pomeranian, helped make things better. But on this trip, 500 miles away from their New Jersey home, Rascal escaped the front door and was lost.

Knowing her best friend was out there in a strange place all alone crushed Compton and her still-grieving family. She told Fox 8 News:

“Now with him being gone, our hearts are even more broken then they were when we were on our way here.” 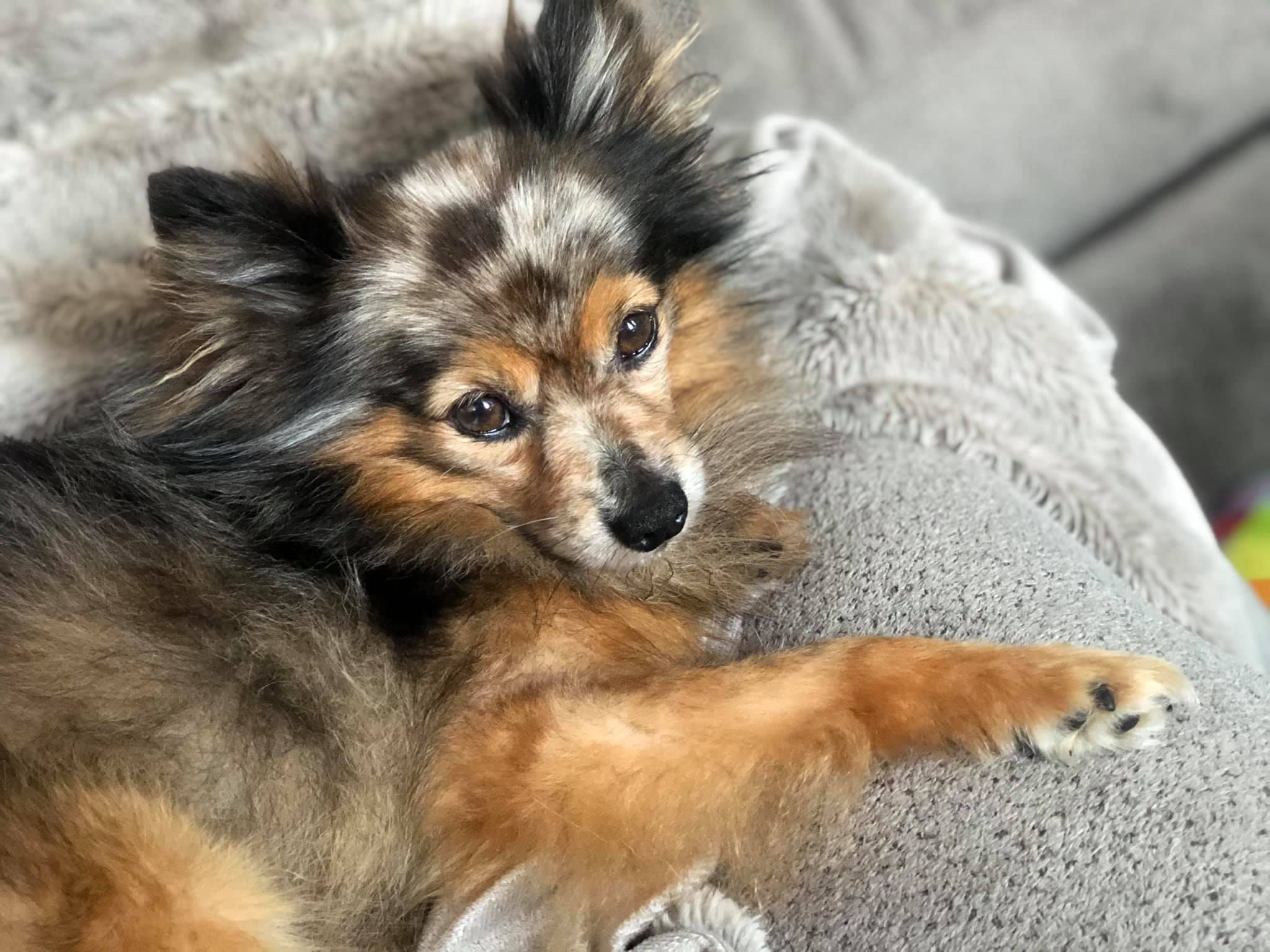 Still, no matter what, Compton and her family would not stop looking for Rascal. After he survived life as a breeding dog, only living in a small cage, he deserved love and safety. Compton wrote on Instagram:

“Rascal boy had already lived for 7 years in fear from abuse and with no idea what love felt like when I rescued him in June. We have worked so hard to show him that he was meant for so much more. I refuse to let him down.”

Doing Whatever It Takes To Find Rascal

Desperate to find Rascal, the family started by doing all the usual missing dog things: flyering, reaching out to community members, and scent-trailing. Rascal is microchipped, but no one contacted Compton for days.

“We’ve done the flyers. We also put out some of my clothing that has my scent on it. We’ve had people recommend that.” After checking with the local animal shelters and veterinary clinics, Compton upped the search ante. She enlisted the help of tracking dogs to find Rascal and bring him home. When the trail seemed to go cold, they worried someone else had picked up Rascal either purposefully or hoping to help him.

“He went all the way in the front of the neighborhood, out into the back of the woods and ended up at a tall bushy tree that’s located near the road.”

Refusing to return to New Jersey without Rascal, Compton reached out to Bravo K911 on the ninth day he was missing. Balynda Brown offered to help the distraught family find their dog. In a Facebook post, she explained:

“I told them not to give up, that there was a VERY good chance that their boy was NOT picked up and still out there. Got them going on the grill and more posters. As luck would have it, a family maybe a mile away at most, but across a busy street, had beat them to the grilling. The smell of their pork roasting all day in the cooker brought Rascal out of hiding on Day 10.”

In His Mom’s Arms Again

Eventually, a neighbor called Compton to say they spotted Rascal on their Ring camera. Compton and her father went to the house, even sleeping in the car so they wouldn’t miss him. Still, he remained elusive.

On the eleventh day, Brown and Sarah Seely of BravoK911 brought a trap and a camera from Raleigh to Lexington. The two of them plus Compton and her husband Jay waited across the street. 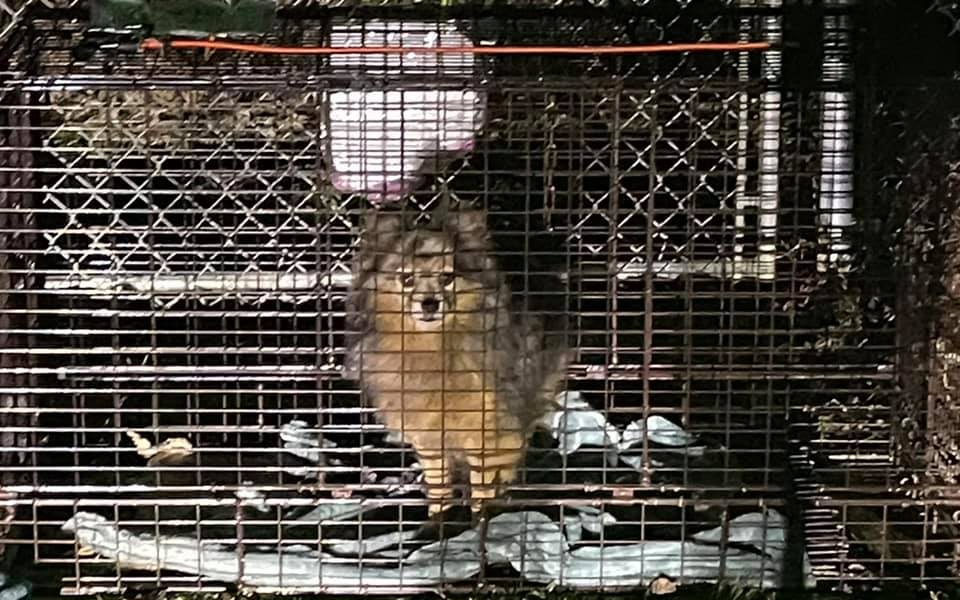 Following his nose to the right place, Rascal was safe now. His mom ran over to the trap in tears, assuring him everything was okay now. 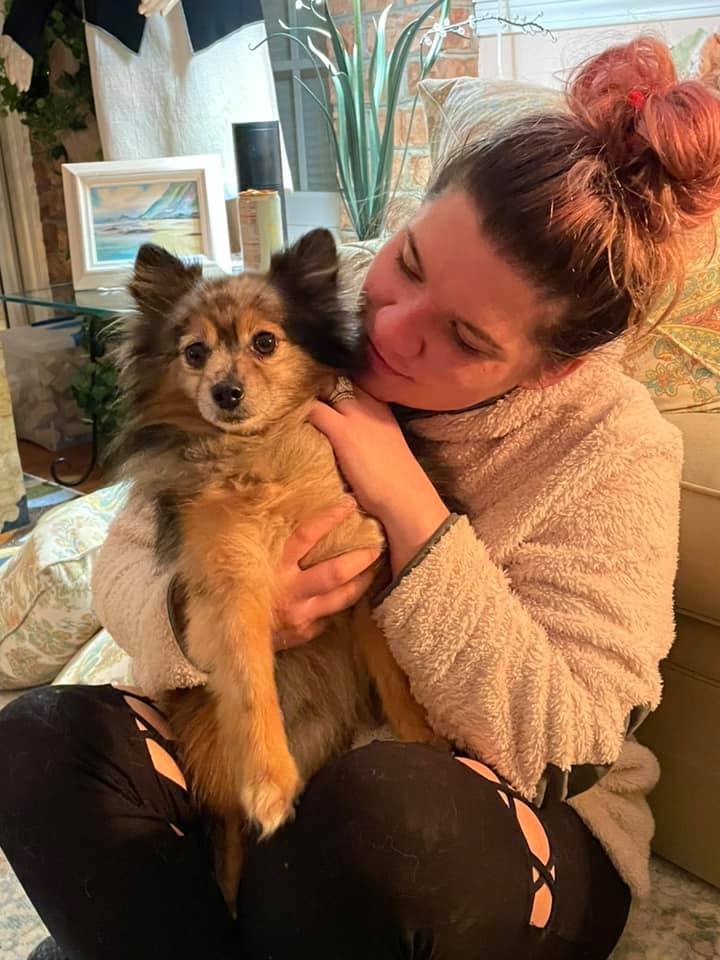 Good thing Rascal’s family never gave up hope that he would return to them, and even better that the community was so willing to help reunite this family!