Last May, iHeartDogs reported on the new PetSafe pet transportation policies set forth by United Airlines.

After several incidents, the airline revamped their protocols and announced they would no longer accept reservations for “snub-nosed” or “strong-jawed” dog breeds. They also limited travel crates to a maximum height of 30 inches, effectively preventing large dogs of any breed from traveling with United. 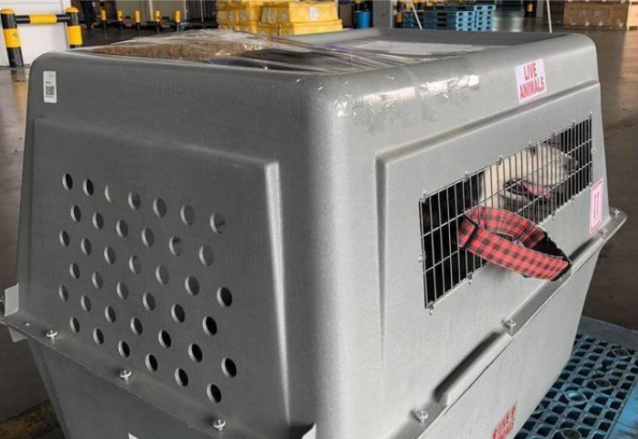 Although the new regulations were created to keep pets safe, they caused unfortunate collateral damage. The brave men and women of our military, Department of Defense, and State Department have long relied on United to ship their pets affordably. According to a Change.org petition created by Leo Mendoza, other airlines charge up to three to four times as much to transport large dogs.

When military spouse, Emily Sanders reached out to us with her story, we knew we had to help! Her husband recently received new orders to Guam. Without United Airlines as a travel option, it will cost the family $8,000 to fly their two German Shepherds to their new duty station!

Emily created a personal GoFundMe campaign to help keep her family together, but she fears for the countless other military families all over the world affected by the new policies.

“Enlisted family members do not have the kind of money to be able to spend up to $10,000 every 3 years when PCSing (Permanent Change of Station),” Emily writes in an email to iHeartDogs. “To fly a pet to places like Japan, Guam, Korea, and Hawaii it used to cost approximately $500-1000 per pet (through United Airlines). That is a manageable fee many military families can afford for their beloved fur-babies.” 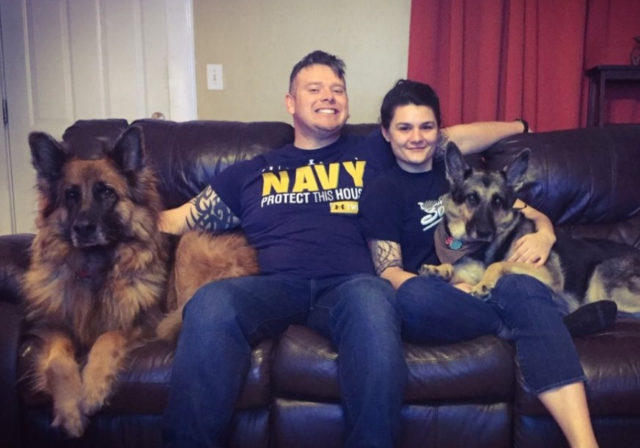 The Change.org petition was created in an effort to persuade United Airlines to make an exception for military families who are being deployed abroad or back Stateside. It currently has close to 120,000 signatures, but the goal is to reach 150,000.

“Without this change, Military and State Department families face some very difficult choices that could have painful consequences,” the petition states.

Please join the fight to ensure our U.S. service members and their furry family members stay together no matter where they are stationed!