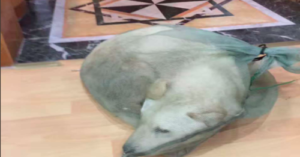 Late June marks the start of a cruel event in Yulin, a city in the Guangxi province of China. Every year, an estimated 10,000 dogs are consumed at the Yulin “Lychee and Dog Meat” festival. While many dogs suffer from this unthinkable fate, one man managed to save one of the dogs. This is the incredibly sad, but hopeful, story. 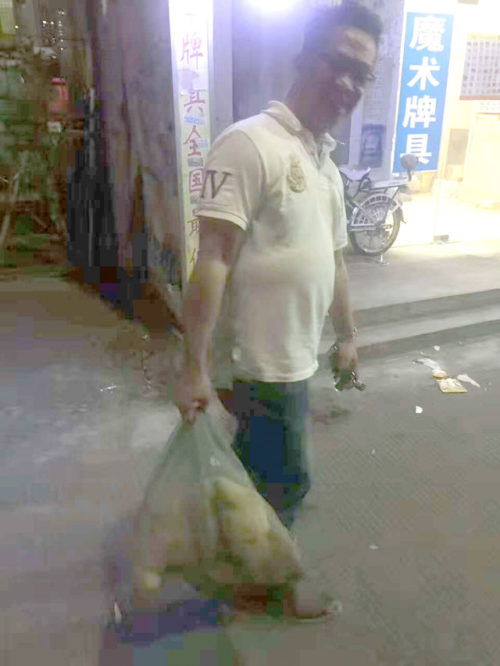 Twitter user Xingyi Danielle recounted the sad, unfortunate tale. She lives in Singapore, but her dad works in China. One evening while walking through an alley, he ran into a group of people selling live dogs. This group trapped the dogs in bags. Their final destination was a slaughterhouse. Unimaginable, but a sad reality!

The Yulin Dog Meat Festival: A History of Suffering and Controversary

Xingyi Danielle’s father decided he could not sit by and watch this happen, so he purchased one of the dogs for approximately $90.

In an interview with The Dodo, Danielle said, “His [living] environment isn’t dog-friendly so he couldn’t buy more. But [he] at least got to save one.”

A month ago my dad bumped into a grp of men selling live dogs to dog eaters and he bought one home out of pity. Look at him now!! pic.twitter.com/GDhbieLydR

After Danielle’s father rescued the pup, he decided to give him a new, safe home. With him. The first thing he did was to name his new family member.

At first, Danielle’s dad could not keep Doggo in his apartment because the complex did not allow pets. He kept his new dog at his office where the pup started exploring and adapting to his new life.

“My dad’s colleagues are complaining about the mess Doggo is making, but he’s still trying his best to provide a good environment for him,” Danielle said.

Despite some obstacles, Doggo and his dad enjoy their time spent together outdoors. Thankfully, this dog did not reach the same awful fate as so many of his peers. Most people in China do not eat dog meat, but that has not stopped the Yulin festival. Despite international outcry, it continues. We are thankful for people like Danielle’s dad who attempt to save dogs from such an awful fate.