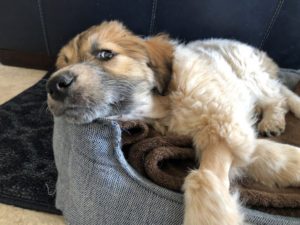 We all can relate. It’s time for your pup to go to the bathroom, so you let her out. A few minutes go by, so you call out for her. But imagine the horror if your loving little one didn’t return. For one dog lover, this scary tale became a reality. In Arizona, a resilient 11-pound pup has survived getting snatched from her foster home by an owl. Thankfully, she is currently recovering well. 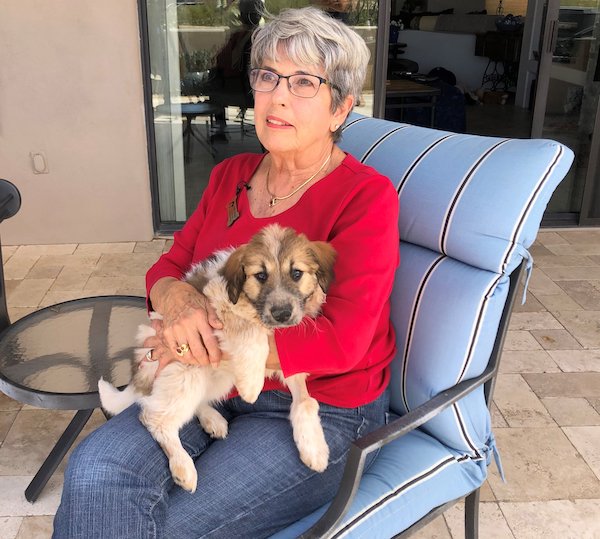 Bonnie Ziegler recounts letting 12-week-old Latte and her three siblings out to the backyard of her North Scottsdale home on a Friday morning. It was time for their morning potty break, and she kept them company while waiting for them to do their business. But the playful pups went around a corner and out of her sight. When she called them back in, only three returned and Latte was nowhere in sight.

Bonnie fosters puppies for Foothills Animal Rescue, a cage-free adoption center in Scottsdale, Arizona. According to her, she didn’t hear a sound. The puppies didn’t bark, either. There was nothing to alert her about anything wrong.

Worried sick, Bonnie recruited her neighbors to help her find the vanished pup. They used the Nextdoor app to spread the news throughout the local community. Bonnie and concerned neighbors wouldn’t give up. Luckily, people found her at a nearby golf course about 12 hours later.

Latte Was Discovered Miles From Home

It was a group of golfers who found weak little Latte. She laid under the shade of a tree, close to the Troon Golf Club’s 16th hole. One of the golfers posted a photo of the injured pup on the same neighborhood social network. Soon enough, Latte and Bonnie were reunited.

Bonnie immediately took Latte to a veterinarian. The little pup needed treatment for dehydration, as well as a few injuries. She had talon marks that punctured her neck and skull. Based on those markings, the vet determined that it must have been an owl that carried her away. Apparently, these incidents are not uncommon in the deserts of Arizona. 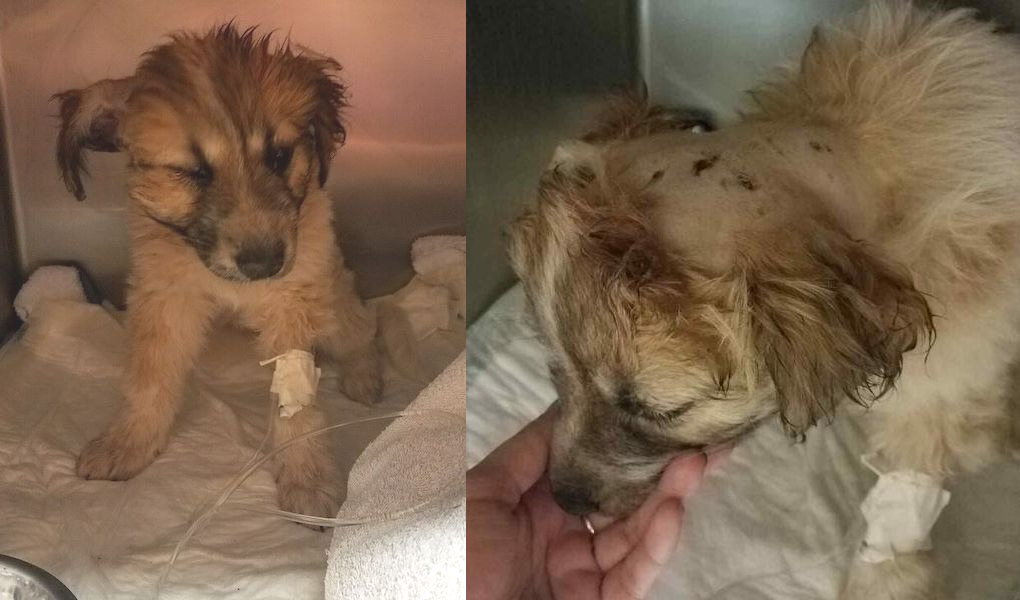 Cats and smaller dog breeds are often seen as prey by predatory birds. Latte likely survived because of her weight, as well as her fluffy coat. Of course, there’s also her incredible resilience that saved her life. She spent a weekend at the veterinary clinic and was soon back at her foster home to complete her recovery.

Due to the nature of her injuries, Latte’s veterinary care added up to $4,500. Foothills Animal Rescue requested donations to help cover some of the bills. They ended up receiving over $6,800 from more than 150 donors. The excess will be used to fund the veterinary expenses of Foothills’ other rescues.

Straight from The Dog’s Mouth

Although Latte was still weak when she got home, she was very much in high spirits. In a Facebook post, Foothills Animal Rescue wrote on behalf of Latte:

“Let me tell you, being picked up and carried off by an owl is no fun, but they tell me I’m making a speedy recovery. I still tire quickly and have a pretty “ruff” (see what I did there?) cough, but overall I am feeling fine.”

About a week later, she reported:

“My coughing has improved, and now that my throat feels better, I’m able to do more barking. WOOF! My lungs are also better, which means I can play for longer periods of time without getting tired.” 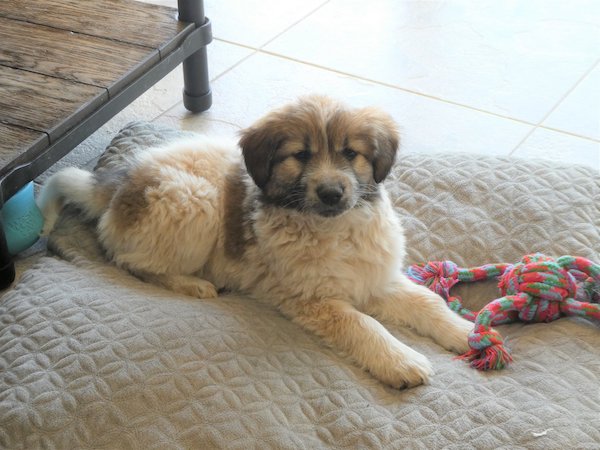 With so much well-deserved publicity, many have come forward to adopt this tough pup. But, she’s expected to stay with her foster family until she has made a full recovery. The rescue will make a social media announcement if they ever need help finding her a permanent home.

The post Lucky Pup Survives Getting Carried Away By A Flying Predator appeared first on iHeartDogs.com.