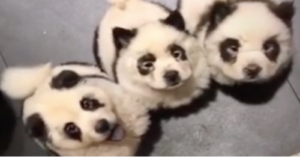 Pet cafes are a trend in China. They are places where you can go and have a drink, a bite to eat, and interact with some adorable dogs, puppies, cats, or kittens. In the Western world we are seeing more dog-friendly bars and restaurants around but we bring our own dogs to these establishments. A cafe that allows you to come to the pets is a bit unusual but we can certainly see the appeal.

Everyone loves to snuggle up to a pet and with high-density populations in the major cities in China, it is difficult for residents to have the space needed to have a dog of their own. Hence the popularity of these pet cafes. They are so popular, in fact, that cafes go to great lengths to distinguish themselves from each other. The Cute Pet Games cafe has set itself apart by painting the cafe’s Chow Chows to look like Giant Pandas. (video below) This practice has sparked a controversy from animal lovers. 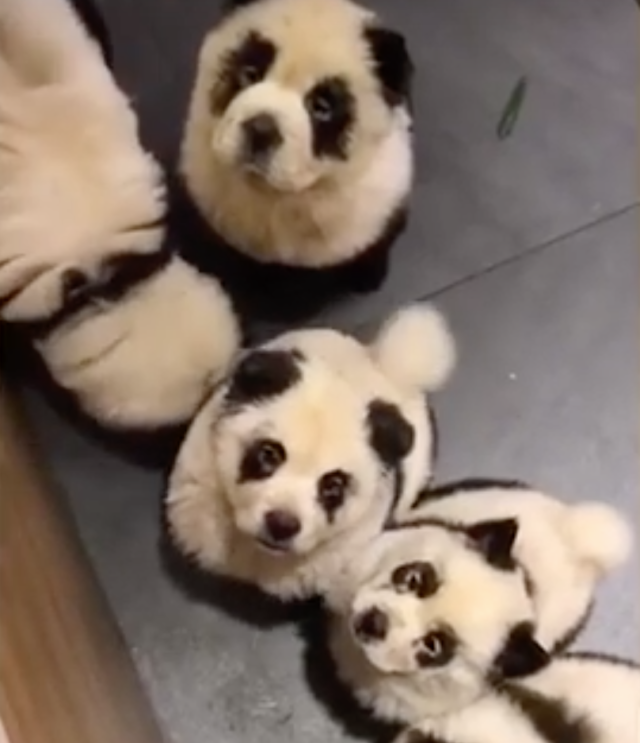 The Cute Pet Games cafe is located in southwestern city of Chengdu, not far from the native home of actual Giant Pandas. Patrons of the cafe can come in to enjoy drinks and food while the painted Chow Chow dogs roam freely in the cafe. Guests are encouraged to interact with the friendly fluffy pups. People with dogs of their own can bring them into the cafe and pay to have them painted to look like Giant Pandas as well. CNN reported,  “It costs 1,500 Chinese yuan ($212) to dye (a pet) each time,” according to the owner, surnamed Huang. The Cute Pet Games cafe claims their dye, which is imported from Japan, is perfectly safe for the dogs. But that is not always the case. PETA came out in 2018 against using dye on dogs, citing a case in which a small white dog named Violet nearly lost her life after her human used human hair dye on her body to color her purple. The poor pup was severely burned. When emergency vets attempted to shave her hair to get the dye off of her, the skin came off in sheets. It was horrific. PETA also warned that dogs can receive internal injuries and illness when they lick the dye and therefore ingest harmful chemicals. 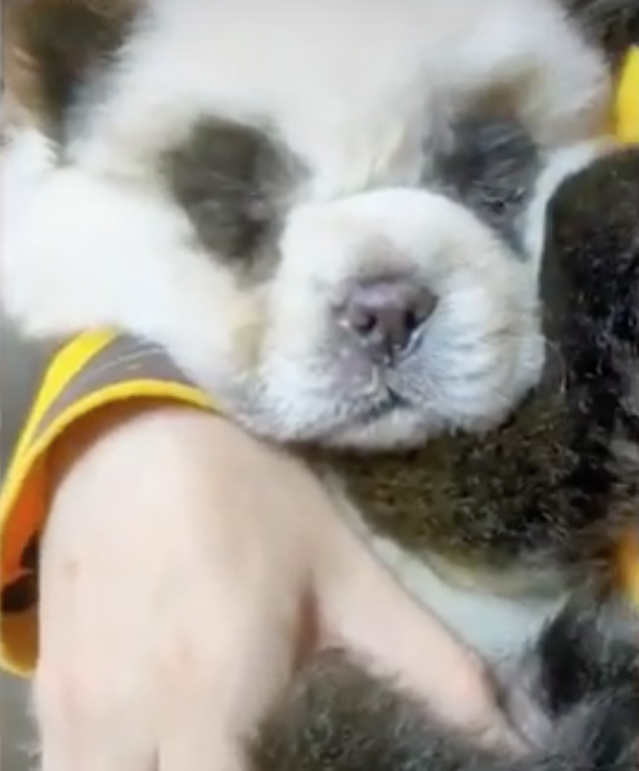 Many Americans choose to dye their dog’s fur for costumes and just for fun. Experts recommend choosing dyes that are free from chemicals such as ammonia or bleach and go with temporary gels, chalks, or food coloring instead. Due to the popularity of dyeing dogs hair, there are tons of dog fur dyes available for purchase that claim to be safe for use on dogs.

Obviously these dogs look ridiculously adorable but is it okay to dye them as a marketing tool? What do you think about this cafe’s Panda practice? What about dyeing for Halloween costumes? Share your thoughts with the community in the comments. The post Dogs Dyed To Look Like Pandas Stir Up Controversy From China appeared first on iHeartDogs.com.