This past weekend, a very special dog named Marley marched out the front door of Michiana Humane Society to begin a new life with his adopters. Staff members wept tears of joy, played kazoos, and waved handmade signs as he passed by.

Marley’s Gotcha Day was extra special because it came just days after he was diagnosed with terminal skin cancer. According to his vet, he only has about six months to live. His friends at the shelter knew finding a home for Marley would be difficult, but they held out hope the right family would come along.

“We understand that adopting a dog who is near the end of his life is a big ask,” MHS wrote on Facebook. “However, after meeting and getting to know Marley, we believe that he will bring so much love to a very lucky home for whatever amount of time is left before he crosses the rainbow bridge.”

They were right! As soon as dog moms, Jordan and Jen met Marley, they fell in love. 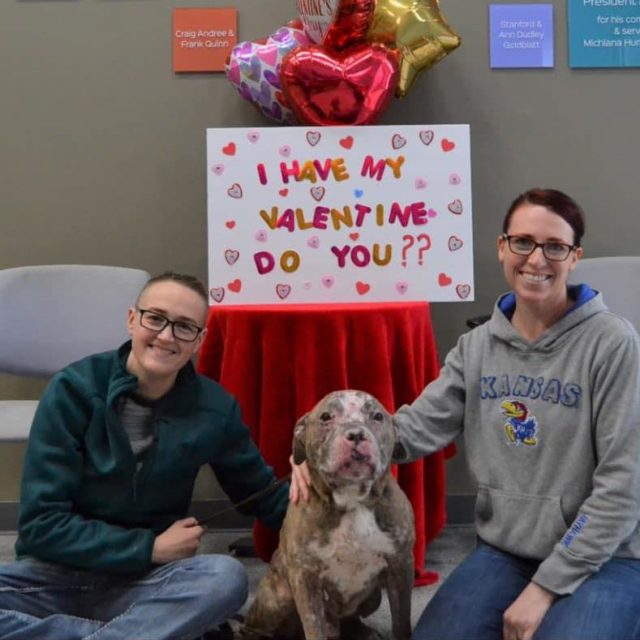 He hasn’t been with them long, but Marley has already made himself right at home. He enjoys snuggling on the couch, eating, and hanging out with his new human sibling. Marley is so smitten with his new family, he can’t bear to choose between them.

“He always wants us to be in the same room that he is, but not just one of us…BOTH of us!” Jordan told iHeartDogs. His solution? “He bounces back and forth until we are all together.” Even before they took him home, Jordan and Jen began brainstorming adventures to experience with Marley.

“His bucket list has some fun things, some insanely random things, and some things that are kind of just out there that probably aren’t realistic, but we’re just going for it!” Jordan said.

So far, Marley has enjoyed a hamburger and been treated to the first of many Starbucks Puppuccinos. This weekend he’ll be named an honorary fire dog and ride in a real fire engine. Not bad for his first week! 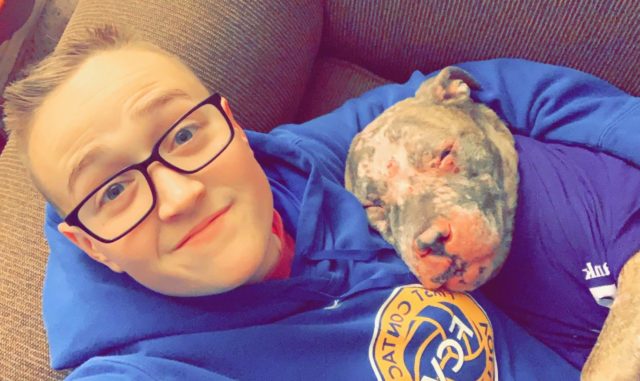 Jordan and Jen hope Marley will also get the chance to:

Walk on the beach
See the Cloud Gate sculpture in Chicago
Watch a film at a real drive-in theater
Visit Wrigley Field
Meet someone famous
Inspire someone to adopt a senior dog, and much more! You may be wondering why Marley needs YOUR help to complete his list. There’s one more item we haven’t mentioned:

Marley wants to see just how far his inspirational story can reach. Jordan and Jen are asking supporters to send postcards to show him just how much he is loved.

“Sure, dogs can’t read, but we just feel like we can make up for the last 13 years of his life – as long as we have a little help,” Jordan said.

The post Dog With Skin Cancer Needs YOUR Help To Complete His Bucket List! appeared first on iHeartDogs.com.