They say that dogs and their people start to resemble each other after a while, but this pup’s face just looks strikingly… human!

Yogi is an adorable pooch whose photo is making dog lovers scratch their heads. Sure he’s a breed mix, but does that include being part person? 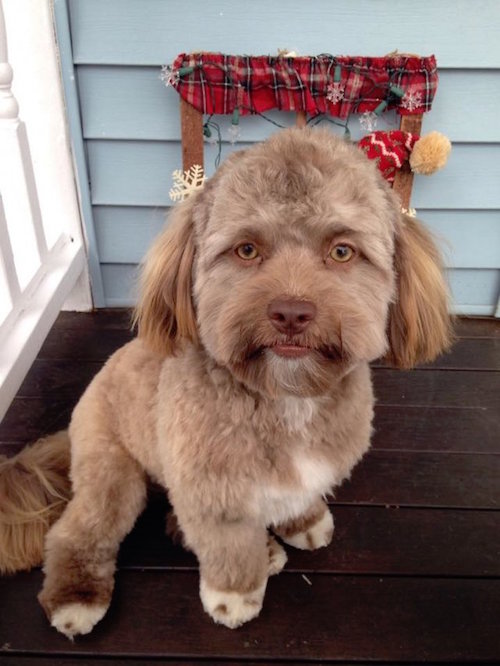 Actually, 1-year-old Yogi is a Shih-Poo (a Shih Tzu / Poodle mix) who was recently groomed. Perhaps it’s his stunning green eyes, his full pink pout, or his model-like bone structure that have people giving his picture a double-take. 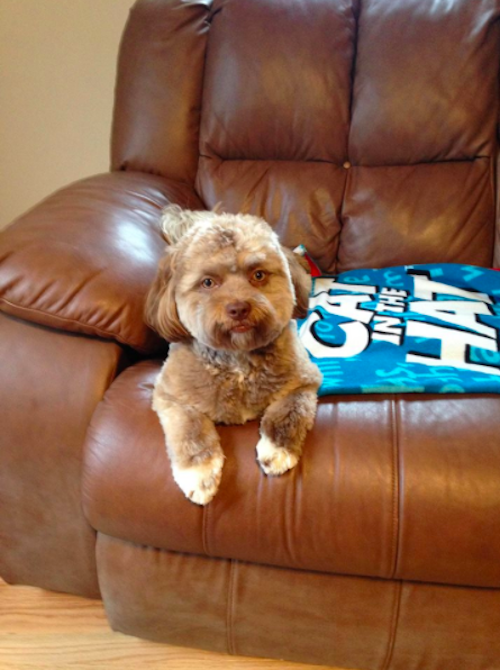 Mom Chantal Desjardins has an observation: she says he tends to look more “human” after getting a haircut! But aside from his dashing good looks, this pooch is just like any other dog. Desjardins told iHeartDogs:

“He’s a crazy puppy! Super cuddly and playful. He’ll army crawl to me and just plop on his back so he can get a belly rub.” In fact, in some pictures — especially when his hair is a little bit longer — Yogi looks like your regular, every day, cute and curly-haired pooch! 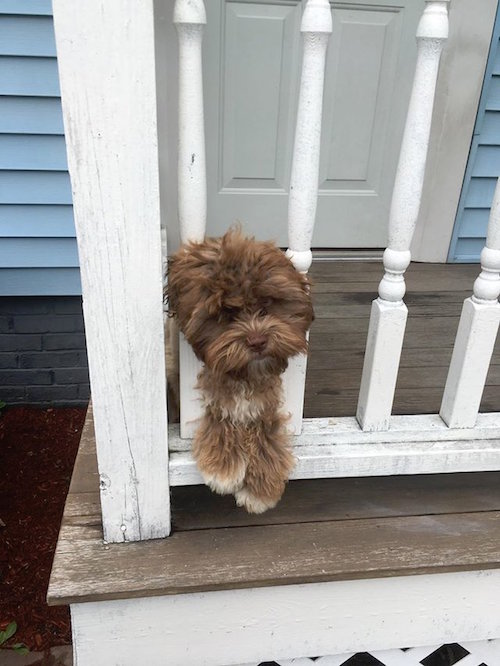 Yogi has an 8-year-old sister named Darla, a Shih Tzu who maintains her sassy attitude despite having a now-famous bother. And if you think Yogi looks a bit familiar, you may be recalling another Shih-Poo, named Tonik, whose photos went viral in 2013 for a similar reason.

Perhaps it’s his less-than-impressed, curl-lipped expression, or maybe it’s his bright irises that make him look human… but isn’t it strange that Tonik is also a cocoa-colored Shih-Poo like Yogi?

When he found internet fame, Tonik was up for adoption, but this handsome boy has since found a forever home.

We think all dogs are beautiful, but some have characteristics that are truly unique! 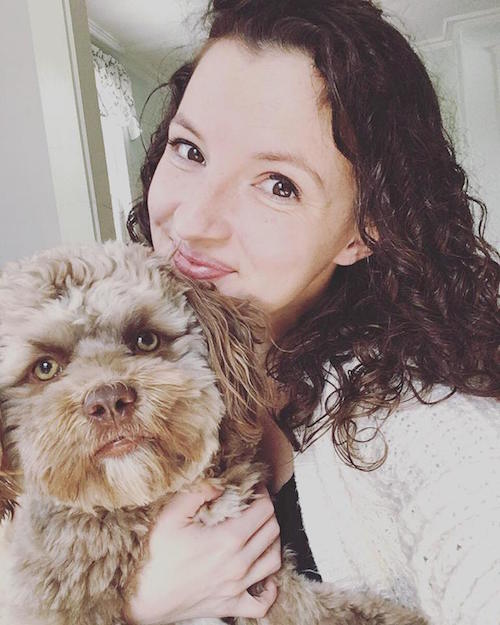 Does your dog look like you… or any other human? Share a photo with us in the comments below!

Special thanks to Chantal Desjardins for letting us share Yogi’s story!

The post Dog Or Hooman? You Be The Judge appeared first on iHeartDogs.com.