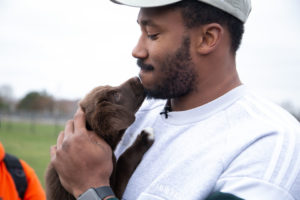 Myles Garrett is a star defensive lineman for the Cleveland Browns and a proud pup papa. His affection for puppy Gohan is stealing hearts as easily as he steals possessions on the field. Garrett wants his “son” Gohan to “have lots of friends and good experiences” so he hosted a public puppy playdate at Canine Meadow in Kirtland, OH. Cue swoon!

The star athlete is a favorite of the “Dawg Pound,” the monicker for the die-hard Browns fans that come to the games with serious fandom and team spirit. Originally associated with the fans that occupied the bleachers behind the east end zone, it’s now a more general term for all Brown’s fans. The team logo even incorporated the name in 2015. When he introduced his new pup to fans, Gohan was donned in a tiny Browns jersey as the “Dawg Pound’s” newest member.

Newest member of the #dawgpound‼️ Meet my son, Gohan 🐺🧡

When Garrett announced the location of the puppy play date on Twitter, he reiterated that he just wanted to let the dogs have a nice collaboration and that he would not be signing autographs. Keeping it focused on the pups and not himself, he shows that he’s got the goods on and off the field. 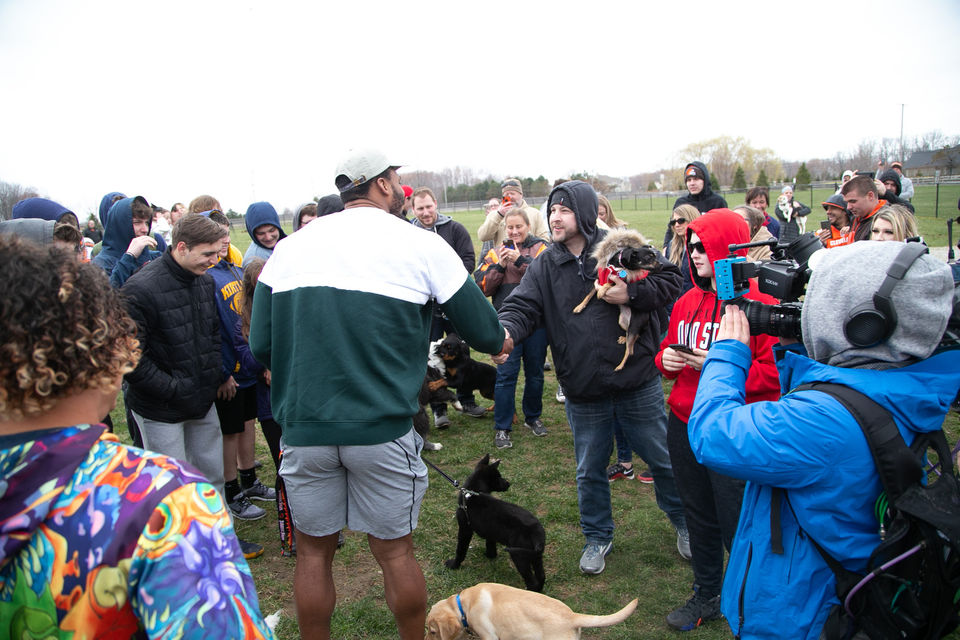 Gohan sure seems to think that his dad is all that. Check him out,  curled up in a little black ball at his dad’s feet. Could these two be any cuter?!

It took no time at all for the proud papa to set his pup up with an Instagram account of his own. Described as “Half Dog, Half Amazing,” Gohan Benjamin Garrett is listed as the son of flash-garrett, the linebacker’s IG handle. Gohan Benjamin? We can’t even handle it. And those ears? Insanely endearing.

Beautiful day in The Land 🧡

Garrett and Gohan are all about staying active together, too. Here they are bounding through the snow. Is anyone else super impressed by the backward running camera action here? And in the snow no less? They also enjoy hiking together when the weather is nice.

Took my son @gohan_garrett out on his first trail!!

Garrett promises to keep the puppy play dates coming. In the meantime, you can keep up with the adorable life of this dynamic duo on Instagram. 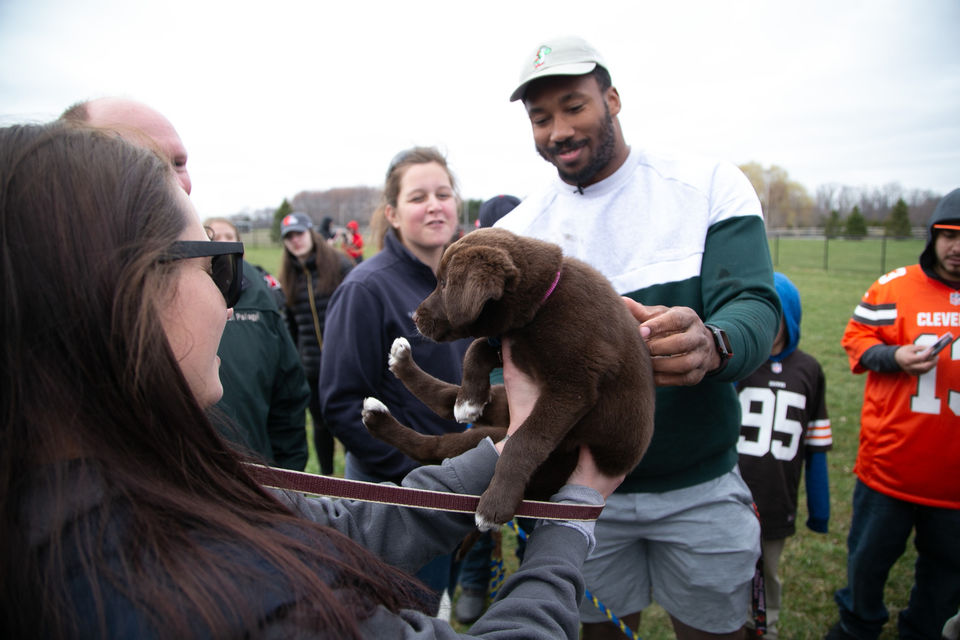