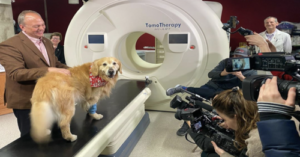 Scout is a lucky Golden Retriever that first had his moment in the spotlight during his dad’s WeatherTech Super Bowl Ad in 2019. He and his dad, David MacNeil, have a special bond, and MacNeil often refers to Scout as his “spokescanine.” It was all fun and games until Scout was diagnosed with an aggressive form of cancer, given only a 1% chance of survival. But MacNeil knew he couldn’t give up on his best friend.

In the summer of 2019, 7-year-old Scout collapsed. MacNeil rushed his beloved pup to the vet, where they found a tumor on his heart. The vets informed MacNeil that Scout had cancer. They guessed that he only had about one month left to live.

MacNeil was heartbroken after hearing this news. However, he knew this wasn’t the end for Scout. When MacNeil looked down at his furry friend, he saw a happy dog with a tail that wouldn’t stop wagging. MacNeil knew that Scout still had plenty of life left in him. 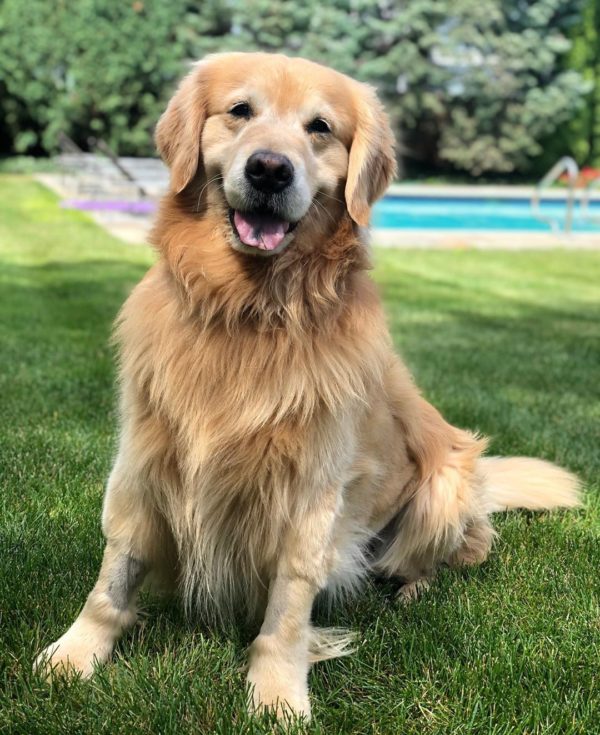 MacNeil had already lost three other dogs to cancer in his lifetime. He refused to let another dog’s life end in this way. So, he visited the University of Wisconsin School of Veterinary Medicine for help.

Despite having only a 1% chance of survival, the doctors at the veterinary school agreed to help Scout. They treated him with aggressive chemotherapy and radiation, which nearly eradicated his tumor.

Thanks to the fantastic vets at this school, Scout is alive and feeling better than ever! MacNeil can’t thank them enough for their kindness and hard work. So, he decided to spread the word with a grand gesture. MacNeil decided to purchase a $6 million Super Bowl ad to share Scout’s story and to thank the amazing people who saved his life.

During the second quarter of the 2020 Super Bowl, a 30-second ad called “Lucky Dog” will air. It will explain Scout’s cancer treatment journey and encourage others to help raise money for the University of Wisconsin School of Veterinary Medicine.

“Scout’s illness devastated us,” MacNeil said. “We wanted this year’s Super Bowl effort to not only raise awareness, but also financial support for the incredible research and innovative treatments happening at the University of Wisconsin School of Veterinary Medicine, where Scout is still a patient.” 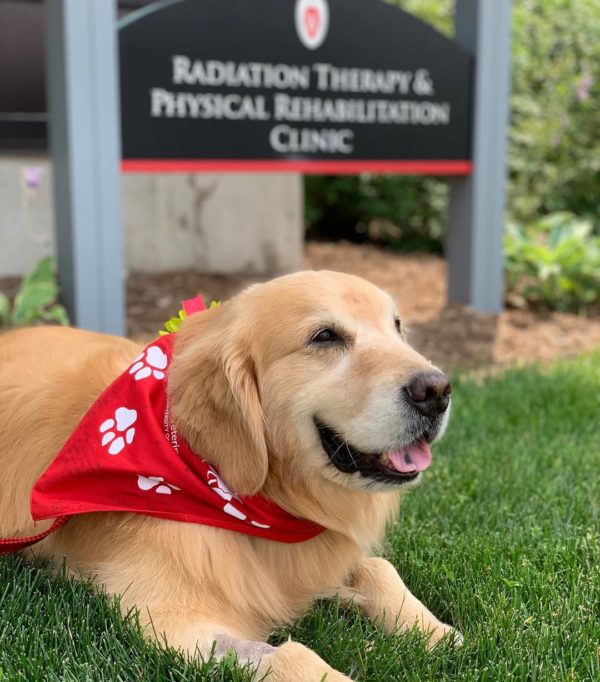 Scout is still going through rounds of radiation therapy, and he still has plenty of visits to the vet due to the cancer spreading to his lungs. Fortunately, the vets were able to catch it early on. Currently, he has a few small tumors that the vets are working to remove. Other than that, Scout’s been doing great!

These beautiful people knew that this sweet Golden Retriever was worth it. Every dog is worth it. It’s the reason Scout is still going strong today. That’s why MacNeil is so determined to share this incredible story on live television. 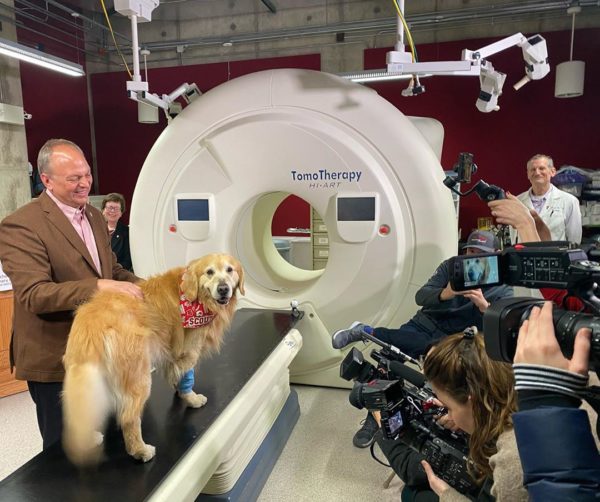 “This is an amazing opportunity not only for the University of Wisconsin–Madison and the School of Veterinary Medicine, but for veterinary medicine worldwide,” said Mark Markel, the dean of the school.

If you want to help make a difference for dogs like Scout, please donate to this amazing veterinary school. It’s important to support them and spread awareness because they can do so much to help dogs in need. Also, tune in to the Super Bowl to see Scout’s story shared on live TV!

The post Canine Cancer Survivor Thanks His Vet In Super Bowl Ad appeared first on iHeartDogs.com.