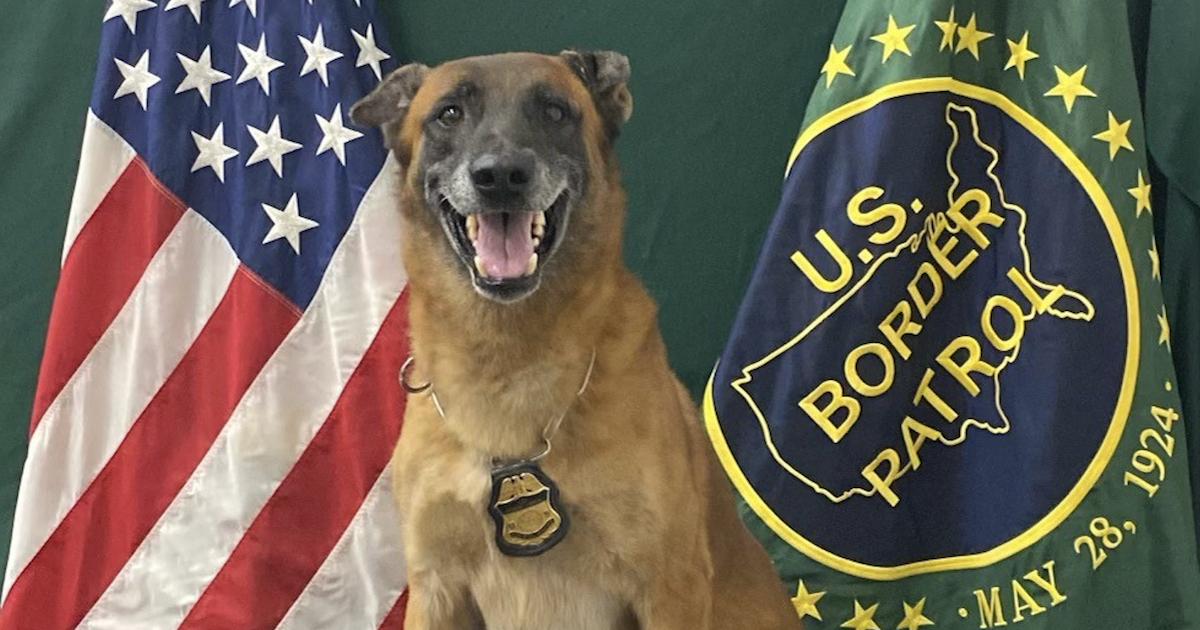 Kirpy the Belgian Malinois is just one of the many brave pups who fight for our country. From his puppy years to age seven, Kirpy worked as a police K9, specializing in locating illegal drugs. But no one should have to work forever. So, after seven successful years of hard work, Kirpy got the retirement of his dreams.

Now, brave Kirpy gets to live the pampered life of a companion dog. The days of fighting crime are over, and now it’s all love and snuggles. Kirpy has an amazing story to share, and he deserves all the praise he can get! Image: @CBP/Twitter
The Life of a Canine Hero

Kirpy worked for the Arizona Border Patrol. He was a part of the El Paso Canine Center’s puppy program, so he was born and raised for his line of work. He then served on the U.S. Customs and Border Protection Yuma Sector alongside his handler Rolando Carbajal. The two made an incredible team. In fact, Kirpy was named after Border Patrol Agent Alexander Kirpnick, who died while on duty in 1998.

Most of Kirpy’s job consisted of sniffing out unusual items. He was trained to detect concealed humans, along with drugs like marijuana, meth, cocaine, heroin, and ecstasy. His results were incredibly accurate.

“Throughout his career, Kirpy detected more than $85,000 worth of marijuana and hashish, more than $140,000 worth of methamphetamine, and several concealed humans,” wrote the U.S. Customs and Border Protection (CBP). 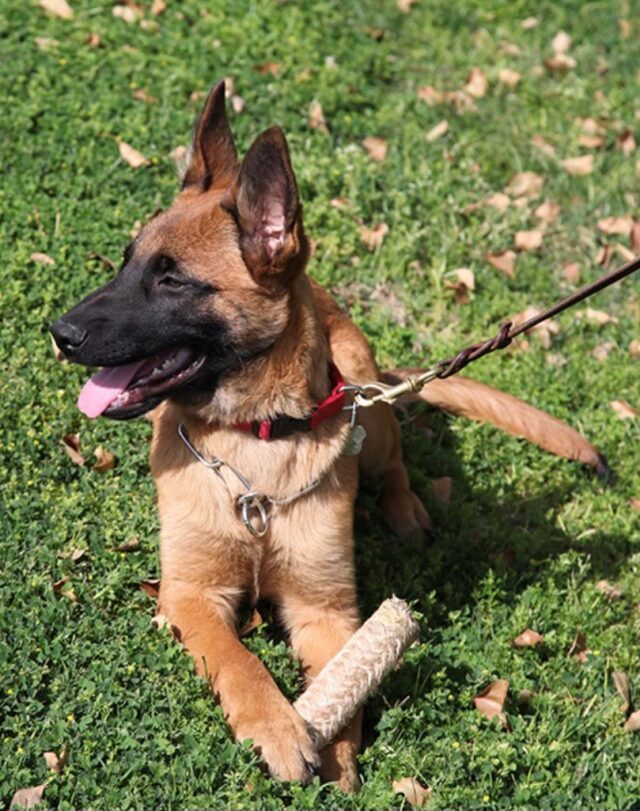 Kirpy was also capable of helping out with other areas of law enforcement. He often helped with public demonstrations at schools, parks, and other public events. Needless to say, he could do it all. And he was always there when officers needed him most.

Now, you might be wondering what Kirpy’s retirement will be like. After seven years of service, Kirpy has retired and is living the average life of a spoiled family dog. He currently lives with Carbajal’s family. Carbajal’s oldest son primarily cares for the elderly K9 and is showing him the excitement of normal life. He has already taken Kirpy on a special fishing trip to celebrate his new life.

Kirpy’s police adventures might be over, but Carbajal continues to do the job. In fact, he’s already training a new furry friend to take over the retired pup’s role. “Carbajal continues to work as a handler and instructor and is currently training with a new partner, a German Shepherd. This will be his third canine partner,” the CBP wrote.

So far, Kirpy is loving retirement! All the usual dog stuff is still new to him, so he’s having a blast. Of course, he deserves it after all his hard work. Not every dog can accomplish as many things as he did.