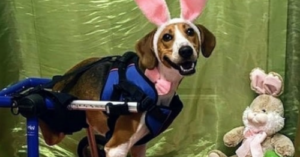 One of the reasons we love dogs so much is their natural tendency to constantly find joy in life. Even faced with physical disabilities, they’ll always go crazy for treats and outdoor sniffs and belly rubs. Lieutenant Dan, a Coonhound living with just two legs, exemplifies this doggie “joie de vivre” perfectly.

Lieutenant Dan never lets his absent limbs get in the way of a good time. The pup was born with a severe defect, leaving both his hind limbs and tail deformed and unusable. When he was just 6 months old, his hind legs were removed. Shortly after, he lost his tail as well. LD’s people explained the need for his surgery in a 2018 post on his Instagram:

“After seeing the surgeon and neurologist it was recommended to amputate both hind limbs. This will provide better quality of life for me by preventing sores that would eventually form on my legs, taking weight off my spine and helping to keep me more clean (my legs get in the way during potty time!)” 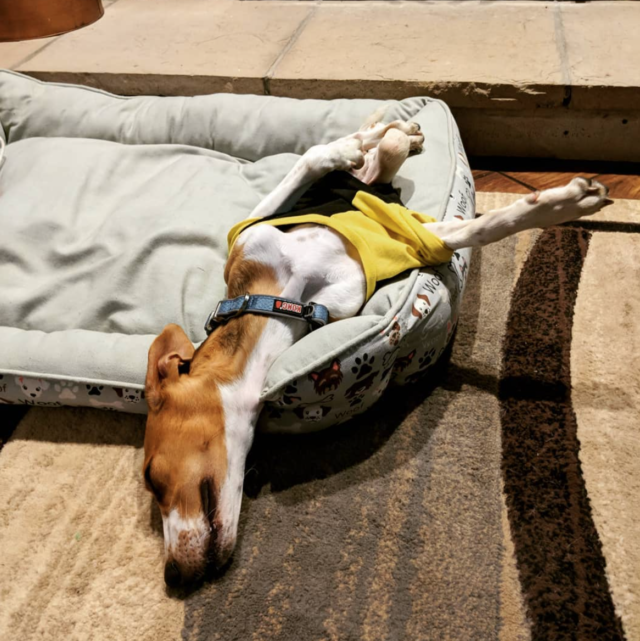 The name “Lieutenant Dan” does, in fact, refer to the character from Forrest Gump who also had his legs amputated. This pup differs from the character in that he doesn’t need to be taught how to adjust his attitude! The wheelchair never slows this boy down. 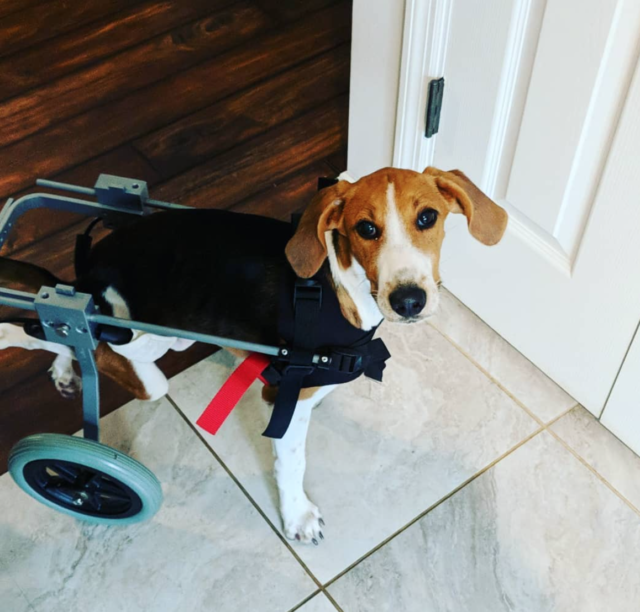 Two-legged Lieutenant Dan had already learned to carry himself around with his front paws before his surgery. He also does swim therapy to strengthen his muscles.

These dogs are hunters by nature, and that energy still gets channeled into LD’s toys. 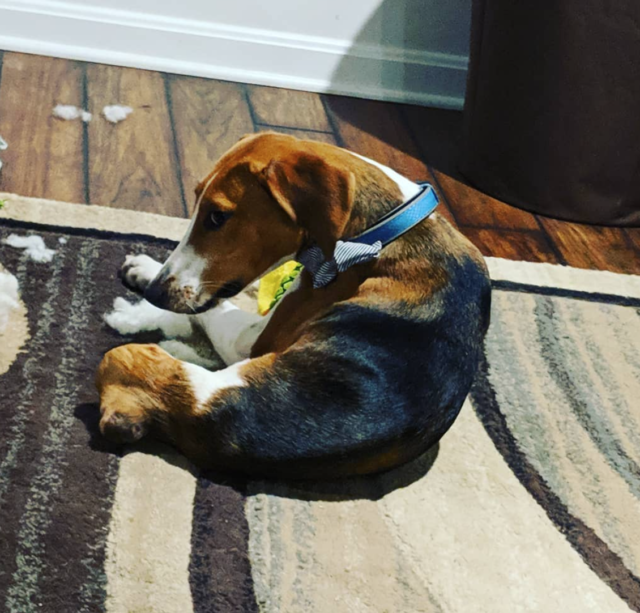 He zooms around in his wheelchair and enjoys frolicking on the beach and in the yard. A video of Lieutenant Dan enjoying a beach day actually went viral back in 2019.

This infectious joy in the face of adversity caught the attention of many, including Cadbury. They have named him a 2020 finalist in the Cadbury Bunny Tryouts! 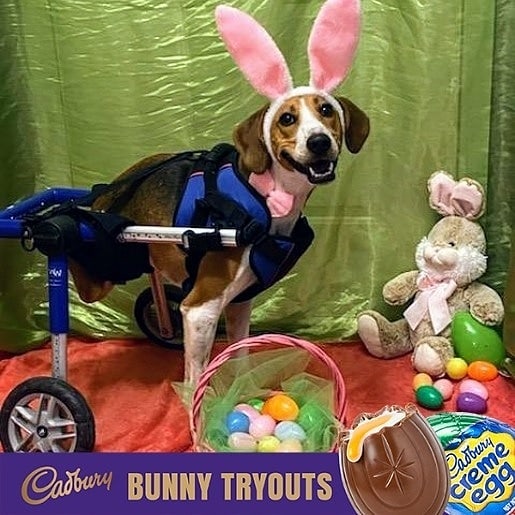 @lieutenant_dan_the_twc/Instagram
About The Cadbury Bunny Tryouts

Whichever lucky animal wins the Cadbury Bunny Tryouts gets to appear in an Easter commercial. The annual competition is now down to its 10 finalists. Lieutenant Dan numbers among them. He competes alongside a pig named Ducksong, a chunky kitty named Lunchbox, a miniature horse named Ricky Bobby, and more cuties. 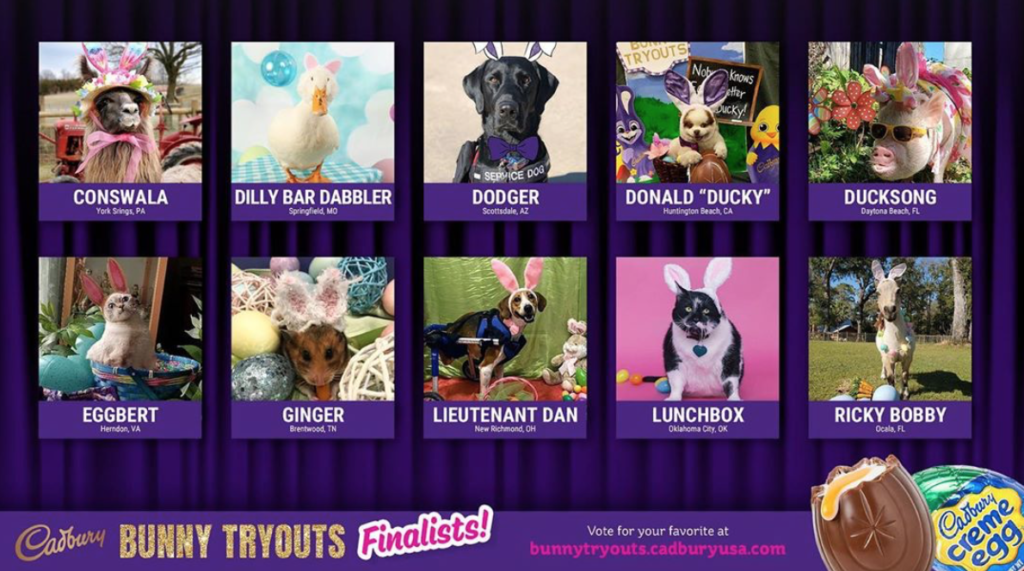 You can vote for Lieutenant Dan (or one of the other contestants) by signing in with your email address. Voting continues now through March 18th, so make your voice heard before then!

How you vote will be up to you! What they ask of these contestants is low; they pretty much just need to look cute in a pair of bunny ears (and they all do.) Actual bunnies seem to be ineligible, for obvious advantage reasons.

If you need a bit of guidance, I proudly endorse Lieutenant Dan this year! But I must admit I’d be happy with any of these winners.