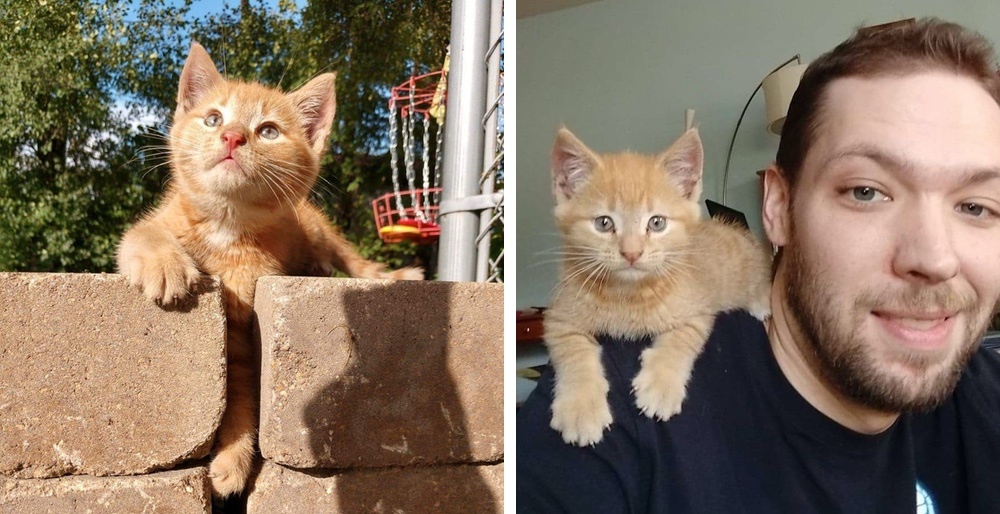 A stray kitten came back to the person who was kind to him, and decided to stay. 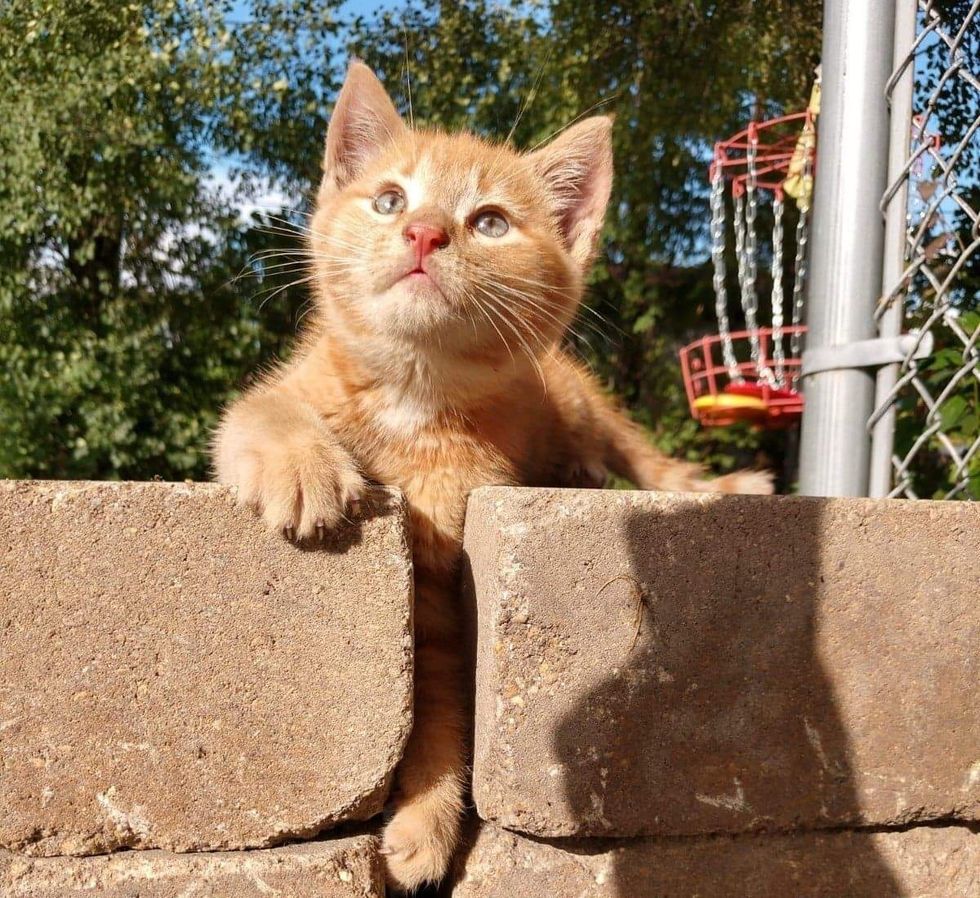 Michael Day, an artist from Chicago, was outside his home working on his spray paint art. When he turned around, he was surprised to see a little ball of fur sitting on his garden blocks, curiously watching him.

Michael had rescued stray cats from the neighborhood, but this was the first time he was approached by an alley cat. “I figured he wanted some food and water so I gave him both. We had a cat so we had extra food,” Michael told Love Meow.

He went on with his painting while the kitten sat on the blocks as his purr-fect audience. 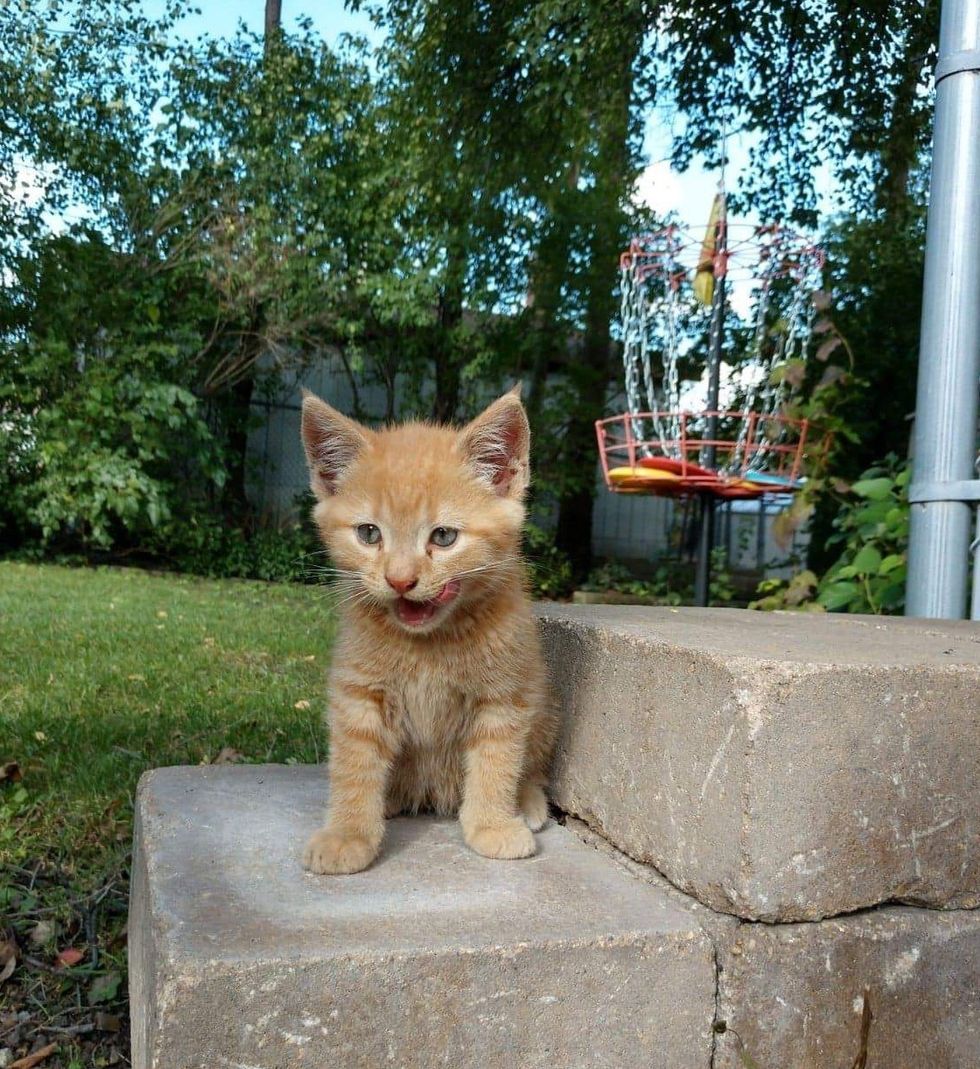 When Michael looked for him again, the kitten was already gone. He couldn’t stop thinking about the little feline so left some food and water outside that night.

The next evening, while he continued his painting, he heard a little meow — it was his old pal, the ginger kitten, who came back to see him. 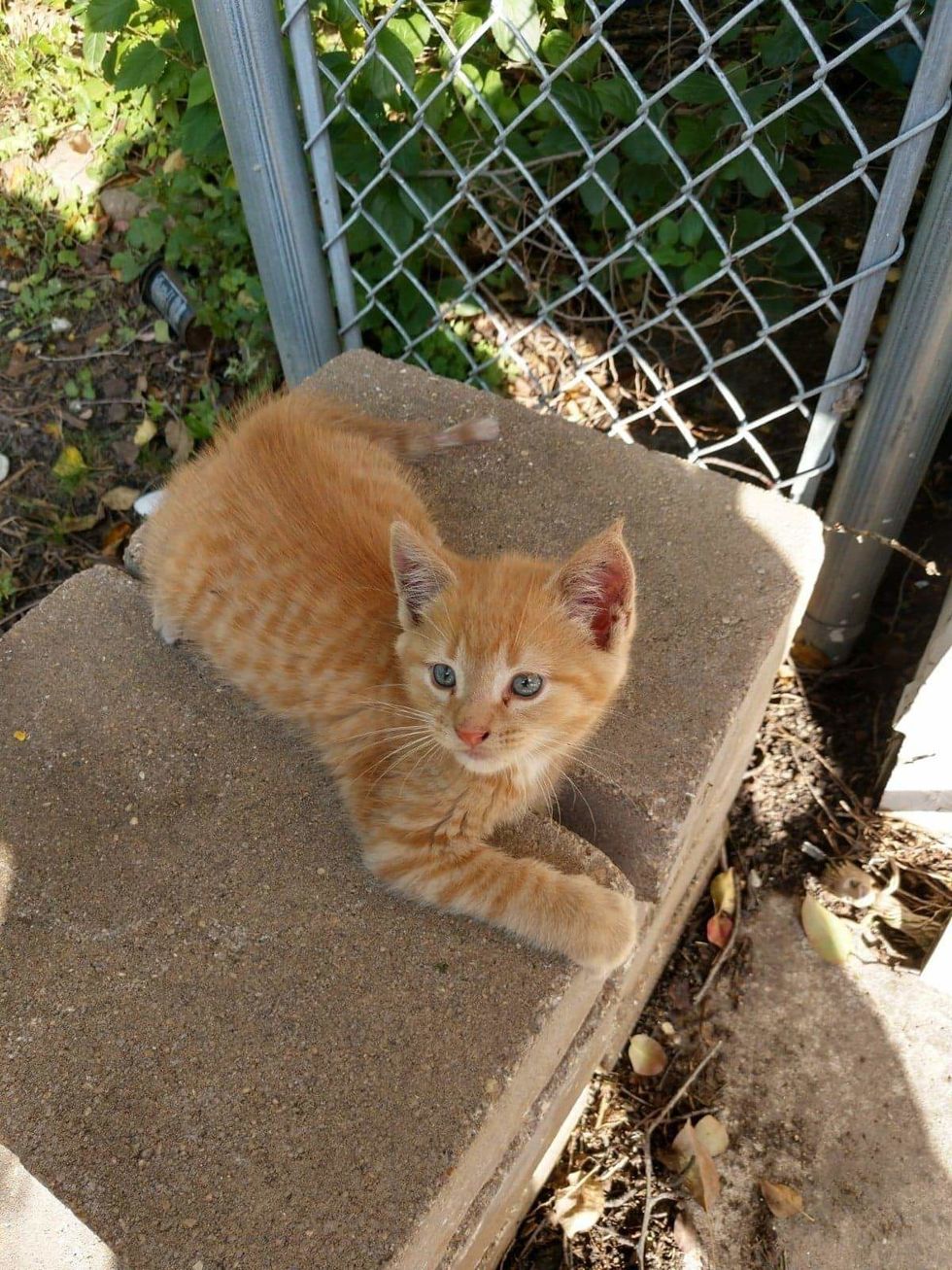 The little alley cat had been roaming around the neighborhood by himself, perhaps, searching for the right home to settle.

When he walked up to his human friend, wanting cuddles, Michael knew it was meant to be. 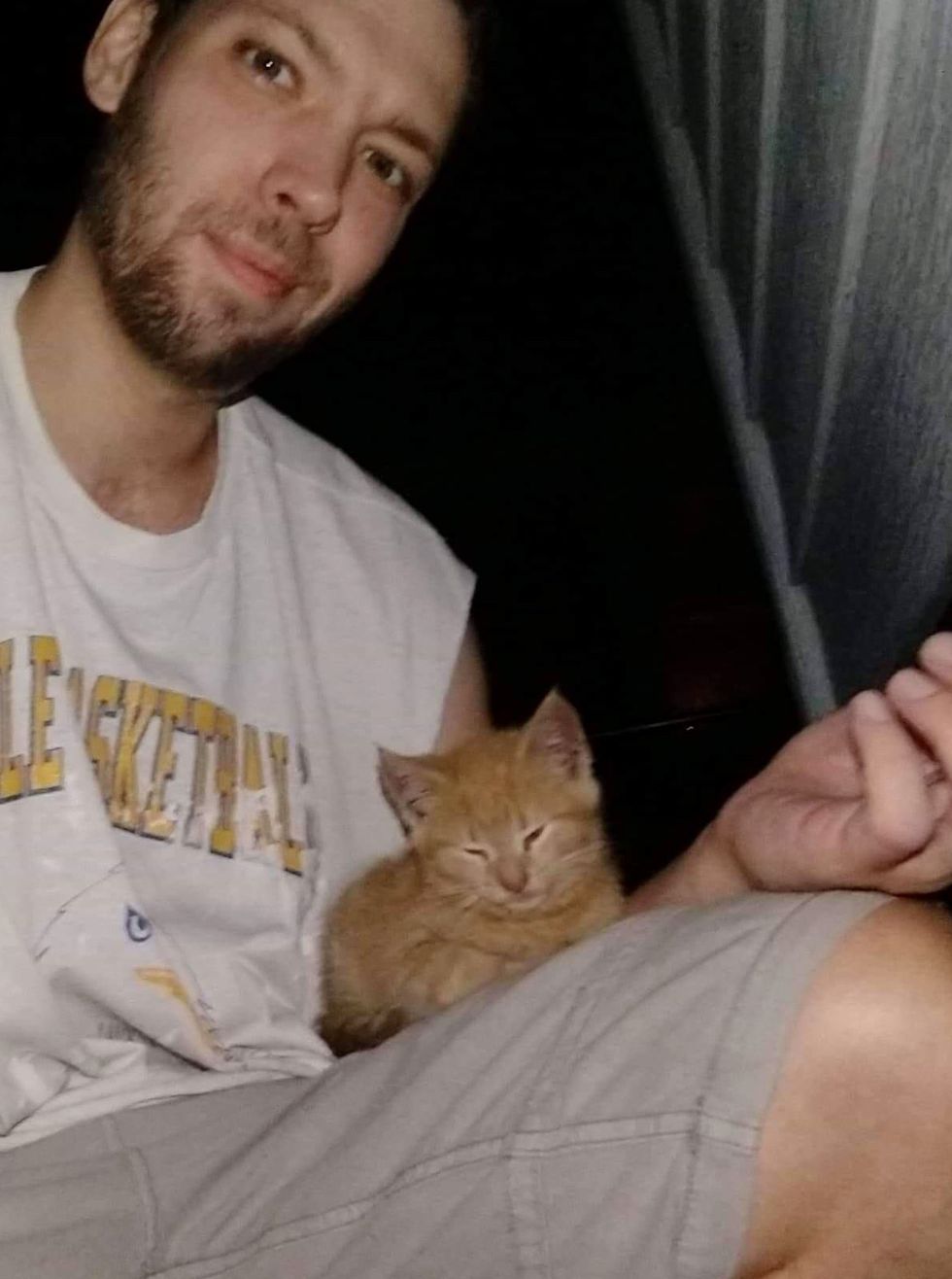 “He came right up to me, let me pick him up and hold him. He even sat on my shoulder,” Michael shared with Love Meow. “That was when I knew he chose me.”

Michael and his family adopted the little one and lovingly named him Oliver Gibbs Malley (aka O’Malley). That night, the ginger boy cuddled with his forever human on his shoulder at his new home. 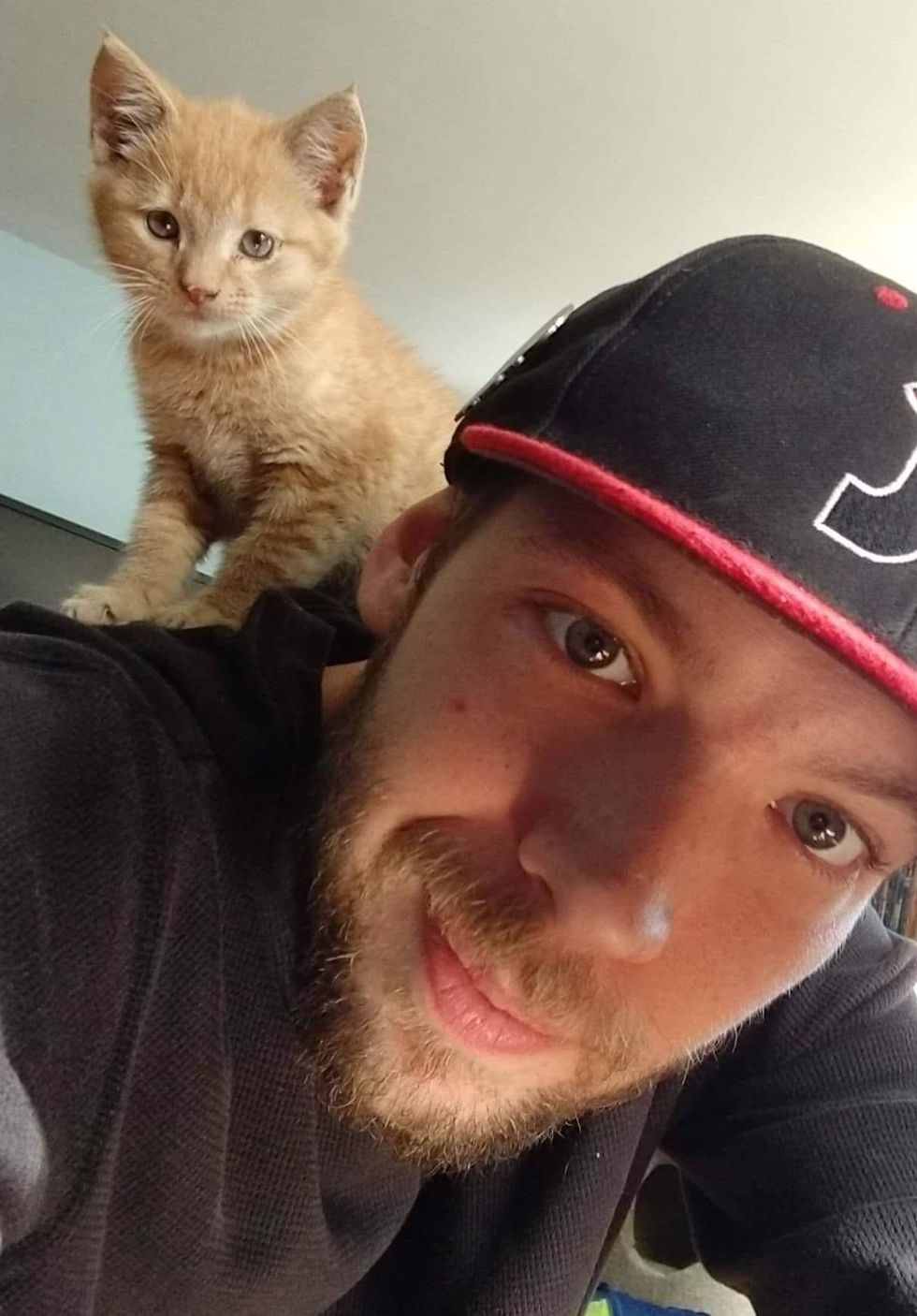 The kitten was estimated to be around three months old at the vet. Despite being very little, he was packed with energy and curious about everything around him.

Whenever O’Malley got a chance, he would perch on Michael’s shoulder, supervising him while surveying the room. 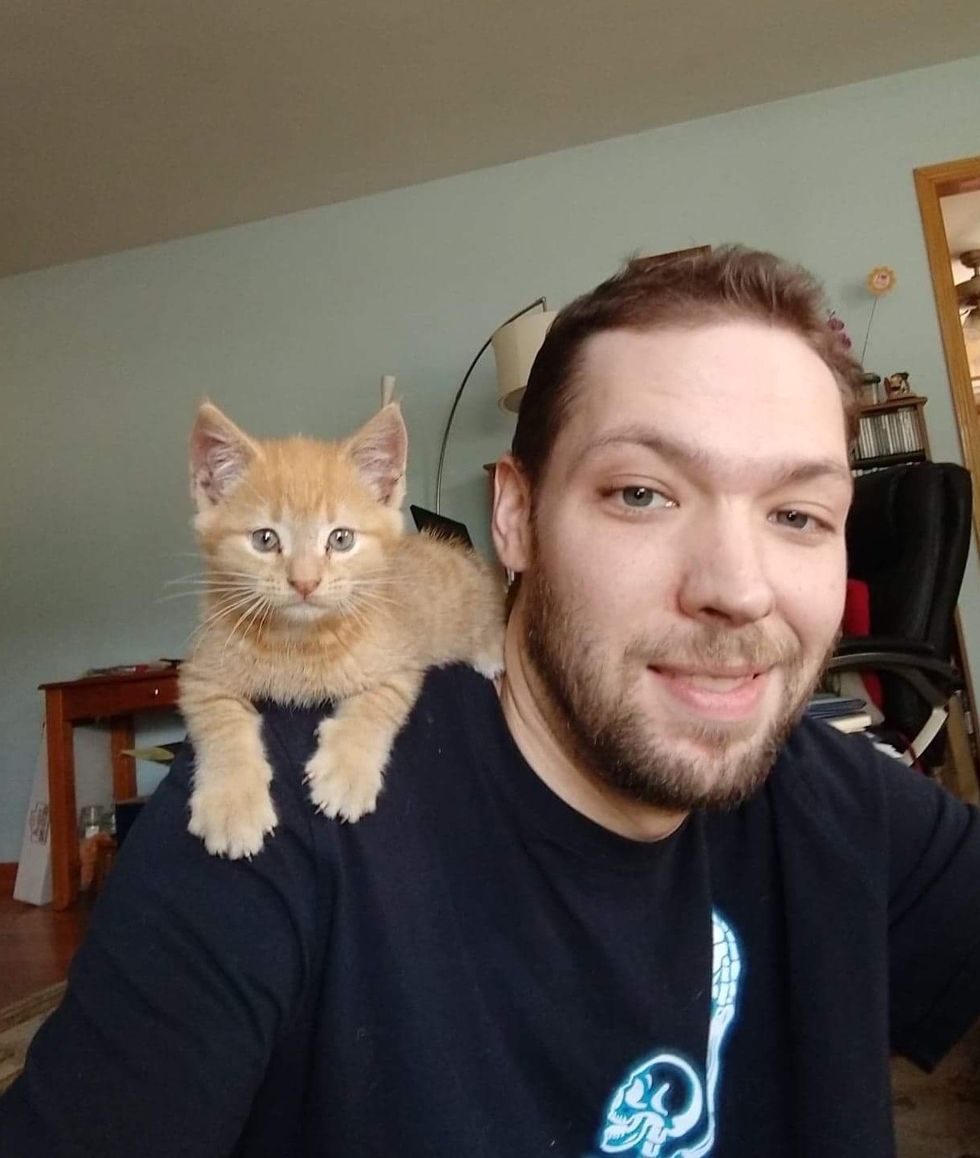 O’Malley was friendly with everyone he met. He quickly took to the family Golden Retriever, Destiny, and insisted on playing with her all the time. “He’s so curious and investigative. If you leave something open, he’ll try to get into it,” Michael added.

The former alley cat is all grown up now, turning three this summer. 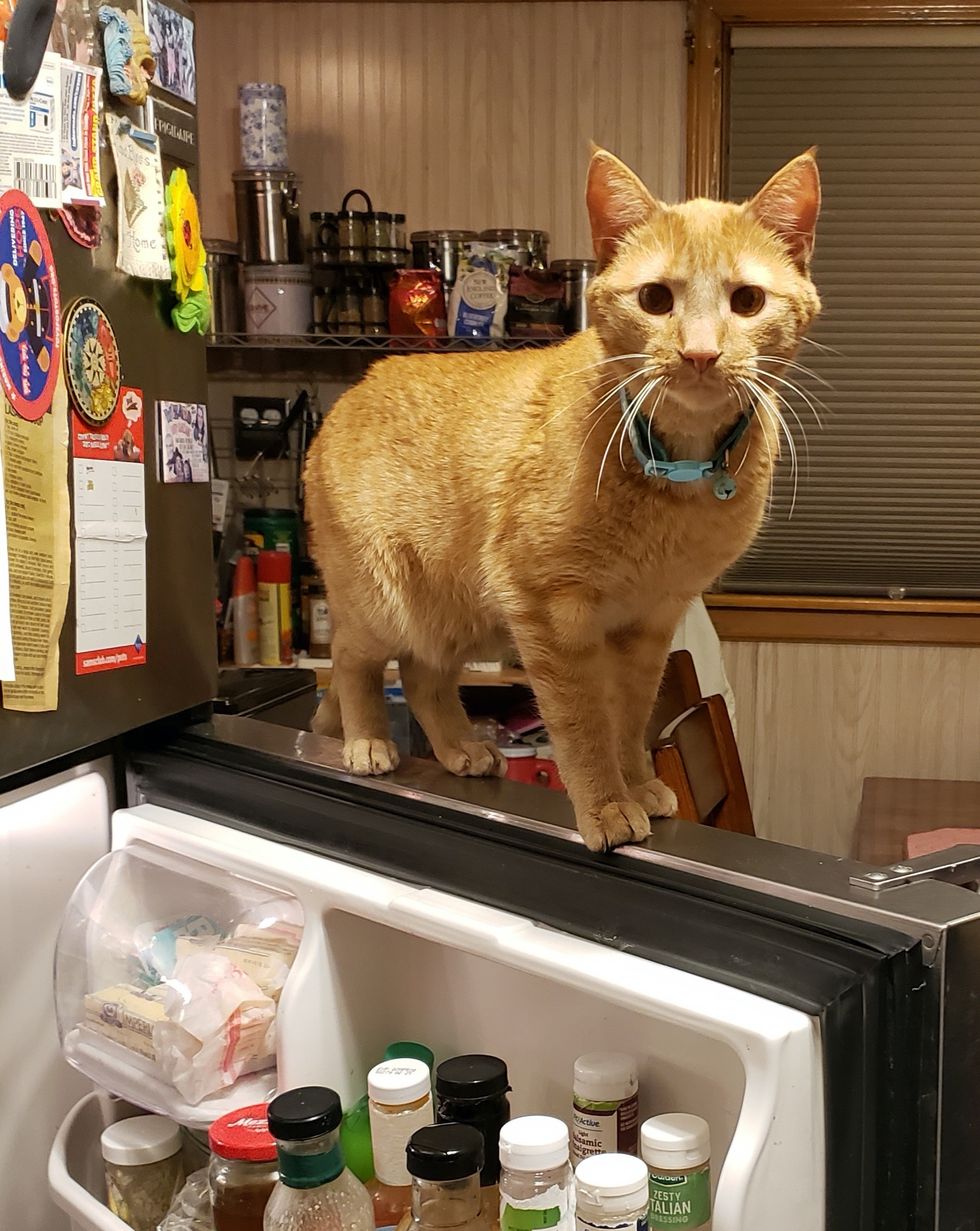 “He’s been the most rambunctious thing, running through the house, jumping on everything.”

The ginger cat claims whatever he can lay his paws on, in the house. 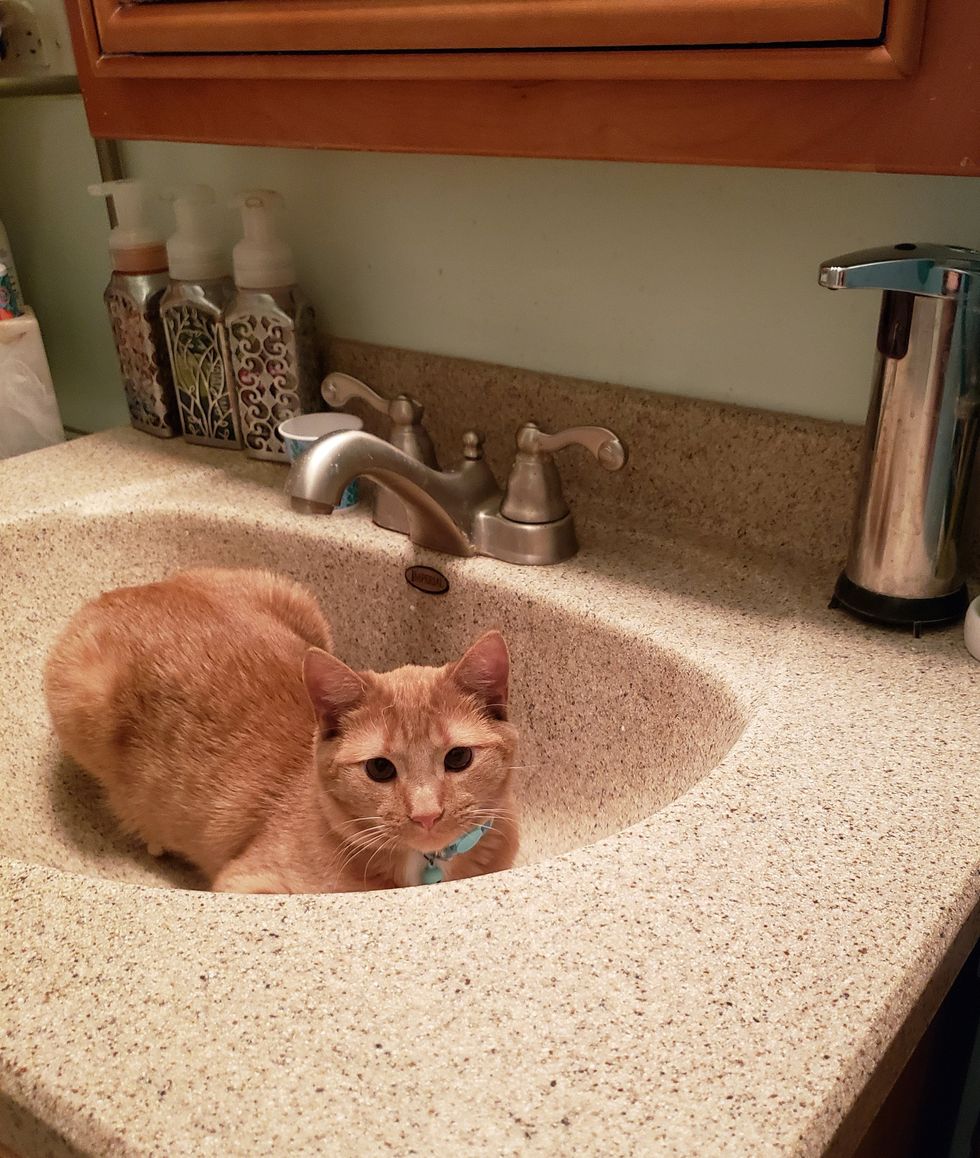 Whenever Michael’s father sits on his recliner, O’Malley doesn’t hesitate to hop on his lap for a cuddle.

He enjoys sharing lap time with his canine sister. 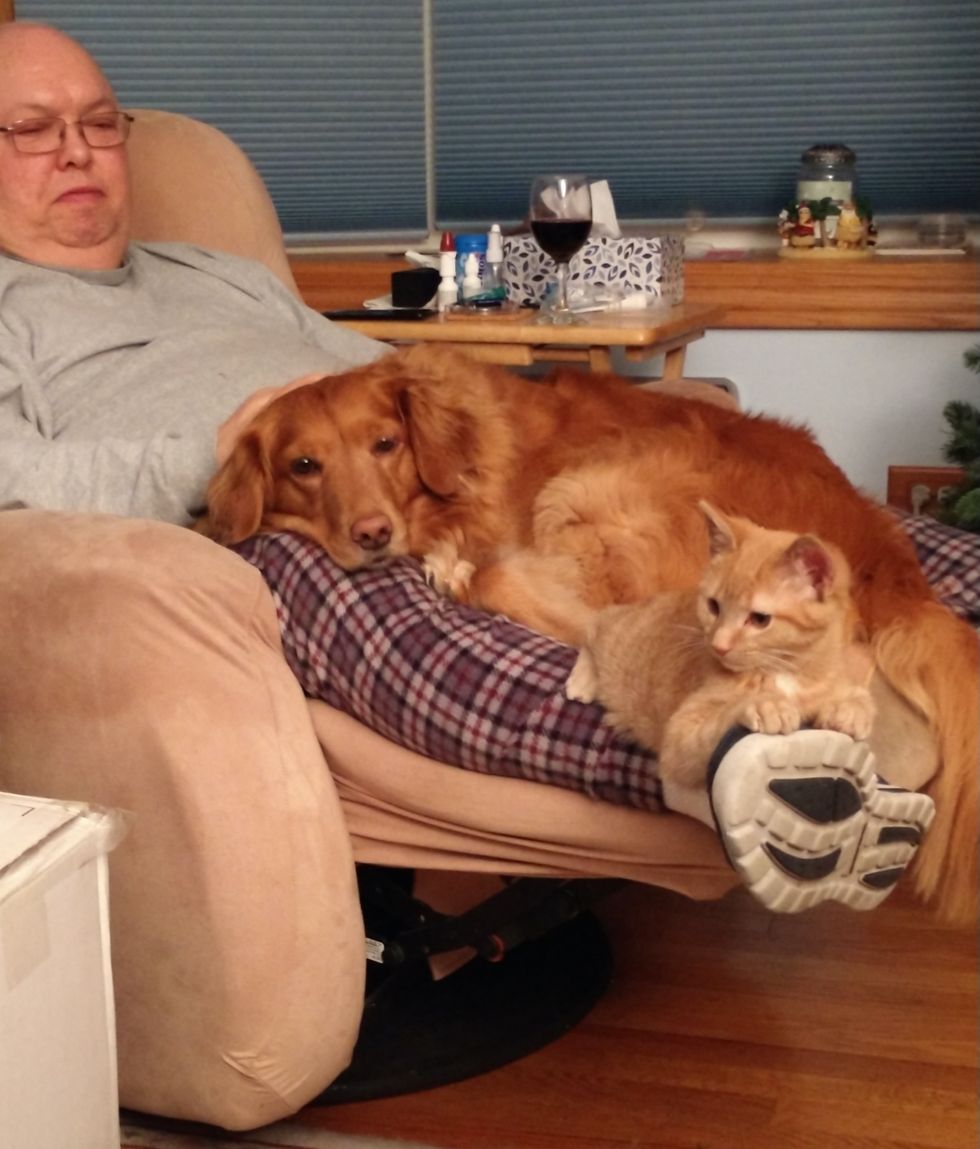 “He’s a good boy, and I wouldn’t ask for a different pet,” Michael said. 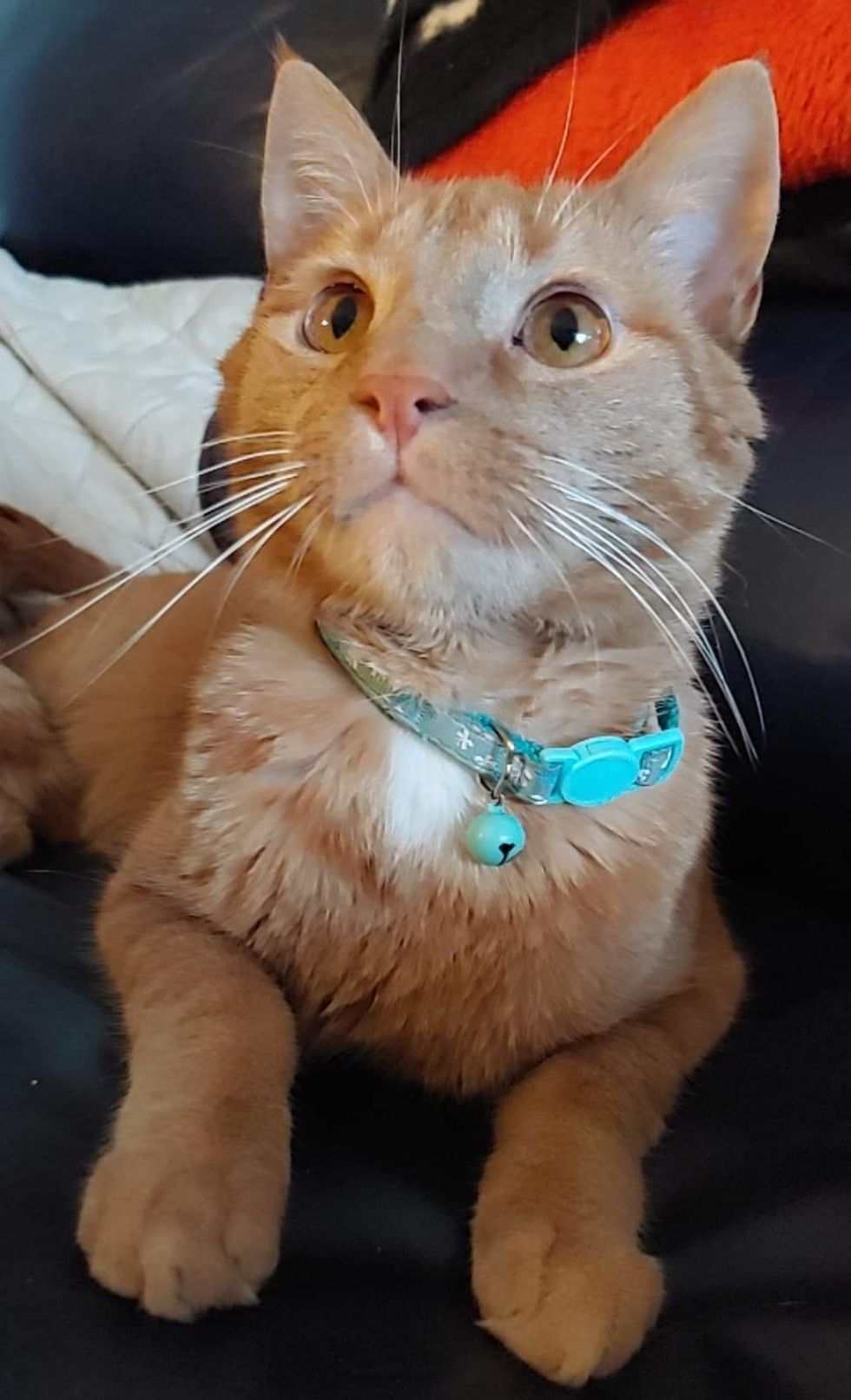