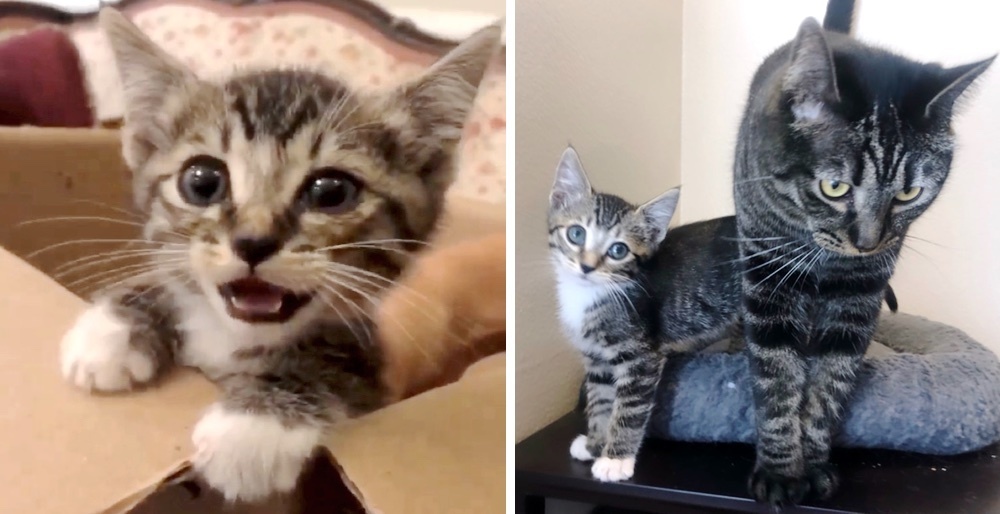 A couple rescued a stray kitten near a drive-through. They thought they would only foster but one of her cats had a different plan. 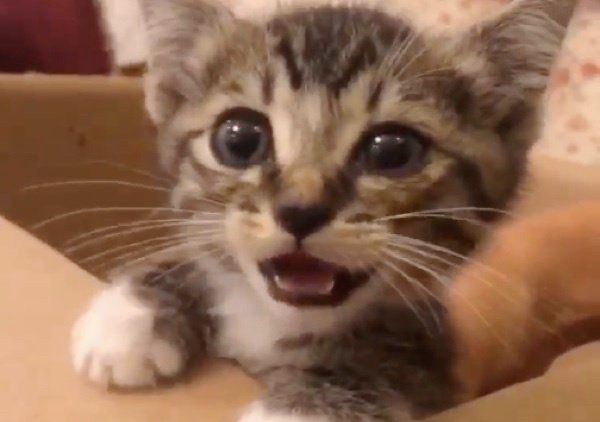 Rachael Rae Robertson, who has a dog and two cats, has been helping animals in need for many years. “I don’t know what it is, but it’s like they know to find me,” she said.

Around three months ago, she was at a local drive-through when she spotted a pair of eyes shine through the bushes in her headlights — it was a kitten who was all alone, hiding in the bush.

“I tried to coax him over but he wouldn’t budge — he was clearly terrified. The moment I moved he was off like a bullet and ran into a gated alleyway behind some shops,” Rachael told Love Meow.

She tried to find him but it was to no avail. “I went home. I couldn’t stop thinking of his sad, scared little eyes. I knew I had to come back.”

The following night, she returned with a humane trap, and her boyfriend also joined in the rescue mission. After they set it up, they looked around the surrounding area and came across a man with a flashlight. 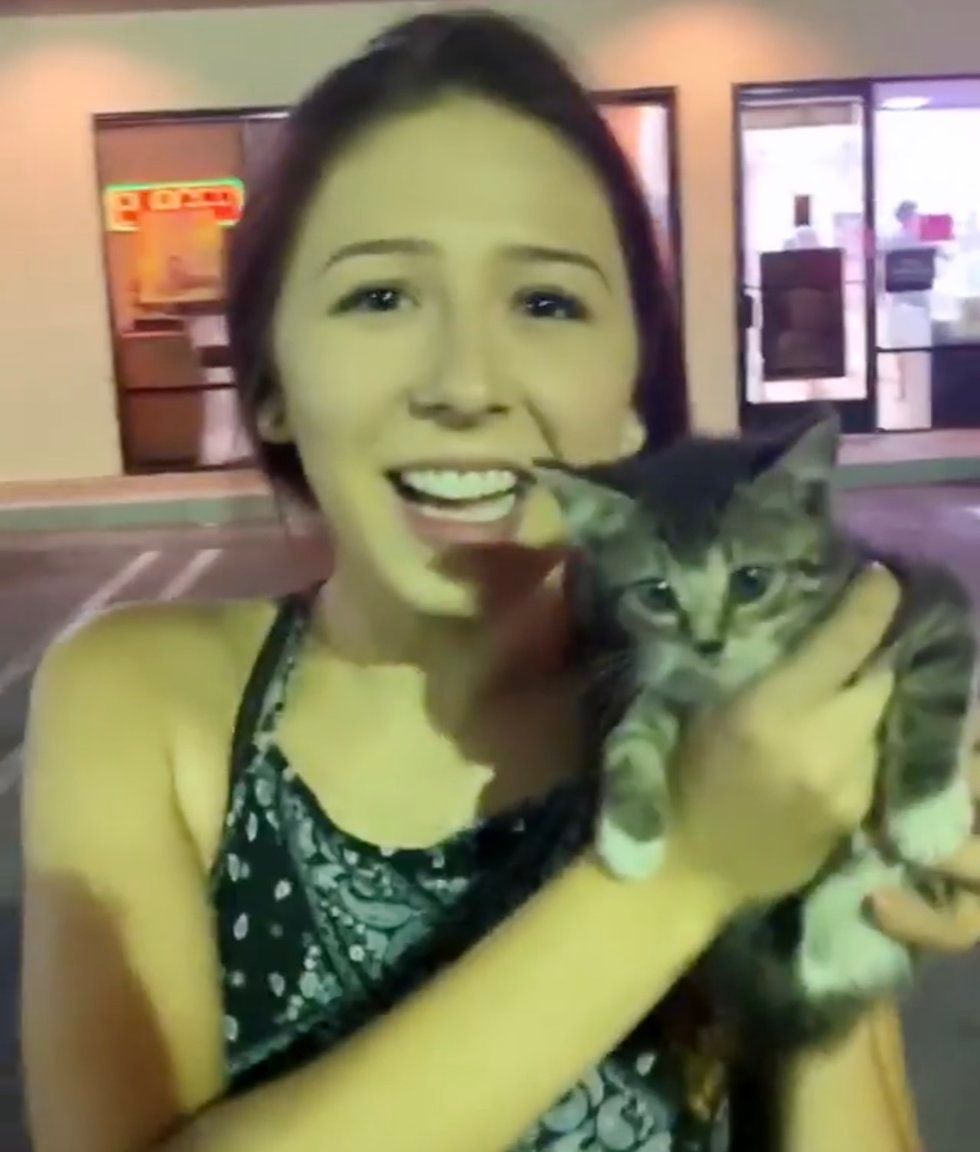 As it turned out, he was also looking for a kitten whose cries had been reverberating around his property. “We came in to help search. And then, I saw those little wide eyes again — he was hiding behind a trash can. I didn’t waste a second, and swiftly but gently caught him,” Rachael said.

The kitten immediately hissed and cried, wriggling his body in an attempt to escape. Rachael carefully placed him in a carrier and gave him a blanket to soothe him. 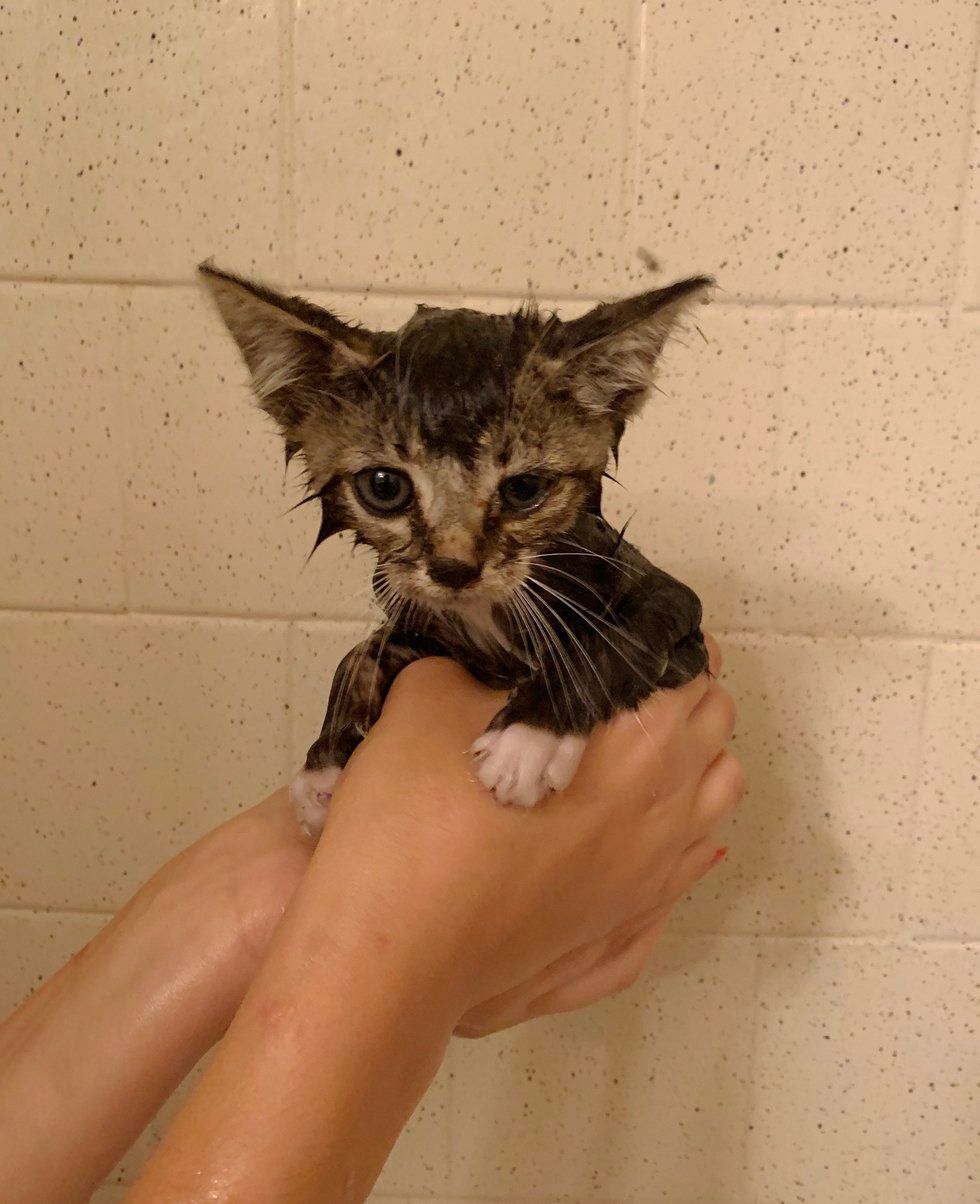 “The first night (home) was tough, but little no-name was a trooper! Any sudden movement he would hiss at, but he didn’t try to bite or claw me,” Rachael told Love Meow. “He was just afraid, unsure. He had a bad eye infection, was dirty and full of fleas, and in need of a good meal.”

After a much-needed bath and a thorough flea combing session, the kitten started to calm down.

“We dried him gently with a towel, and tucked him in for the night with a nice meal. He dove in, eating like he hadn’t in days.” 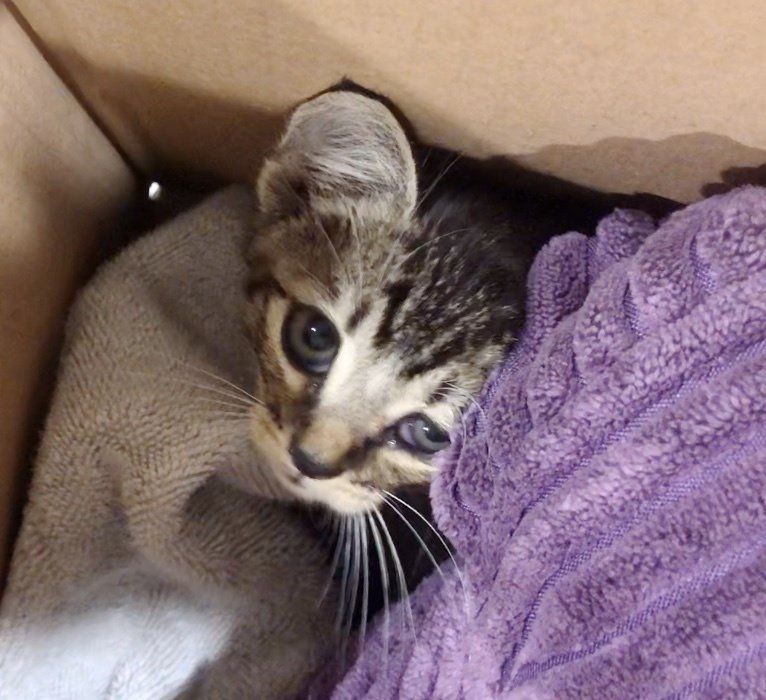 They returned to the scene to look for other kittens or a cat mother to make sure they didn’t leave anyone behind, but couldn’t find any.

The next day, Rachael brought the kitten to his first vet visit. They couldn’t find a microchip and estimated him to be about 5 1/2 to 6 weeks old. After getting him the medical attention he needed, the tabby quickly came around as he realized he was finally safe.

“Suddenly, I got to hear his first purrs.” (Scroll down for video) 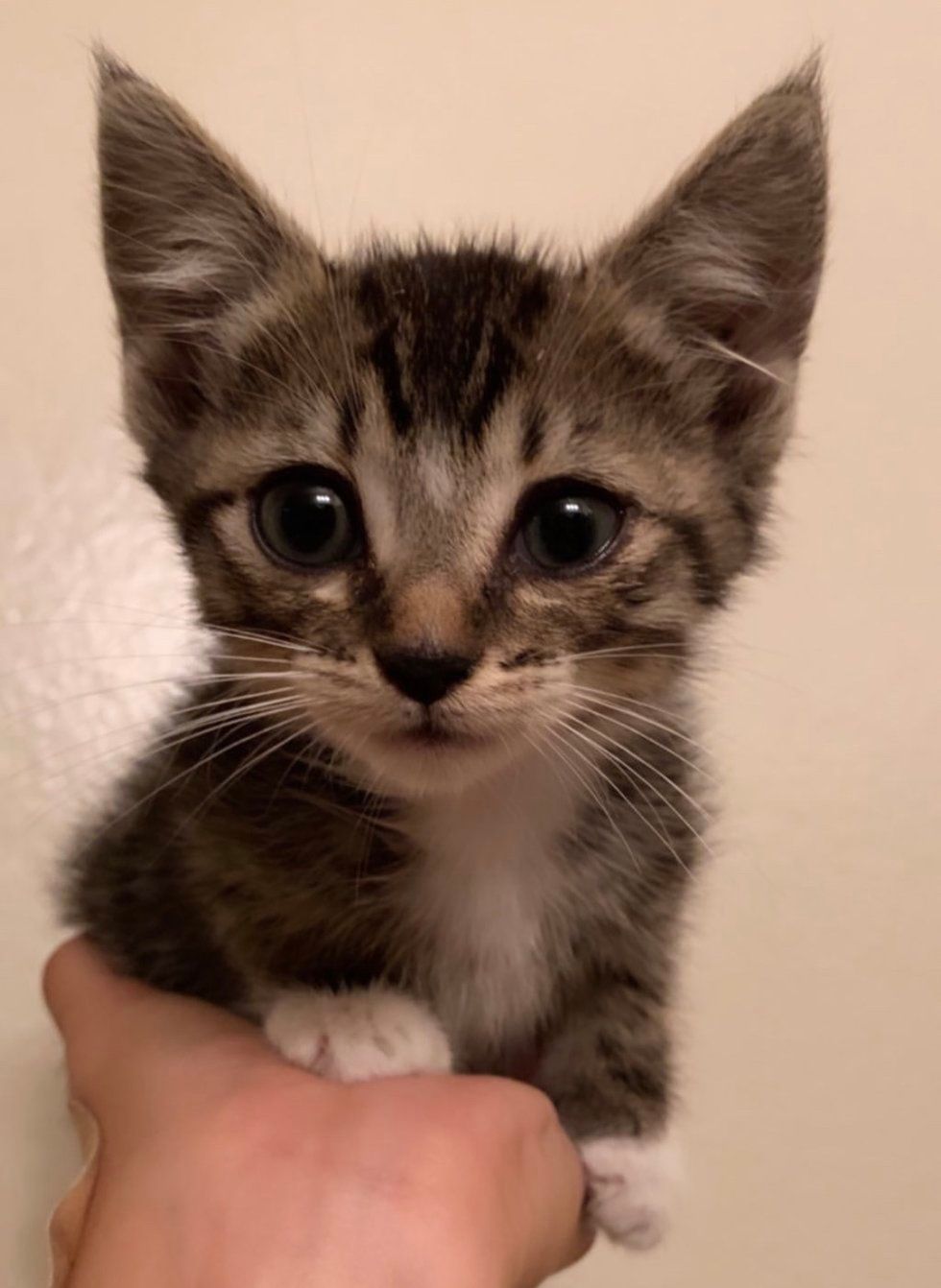 They had planned to foster him and find him a good home, but that quickly changed when one of their resident cats decided to love him as his own.

When the tabby was medically clear, they introduced him to the rest of their furry crew. “Brooklyn, our once feral 4 1/2 year old girl, accepted him. Mr. Guggenheim, our senior dog rescue, liked him too,” Rachael told Love Meow.

“While he got along with everyone, he immediately clicked with our cat Hudson — our 4-year-old cat rescued from the subway construction.” 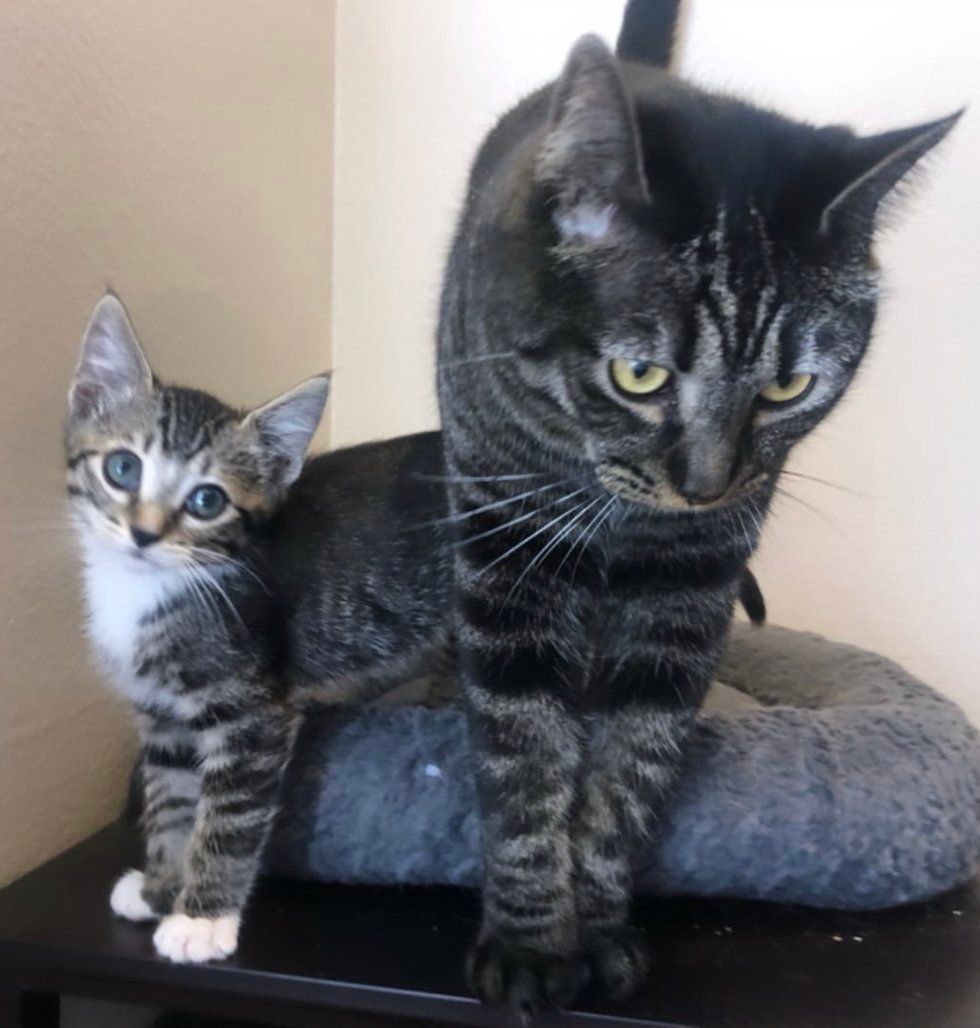 Hudson took him under his wing as if he knew just what the little one needed. They instantly bonded. “They groom each other, sleep together, play together, and cry if either of them are in another room apart,” Rachael added.

“That was when we decided the kitten had to stay.” 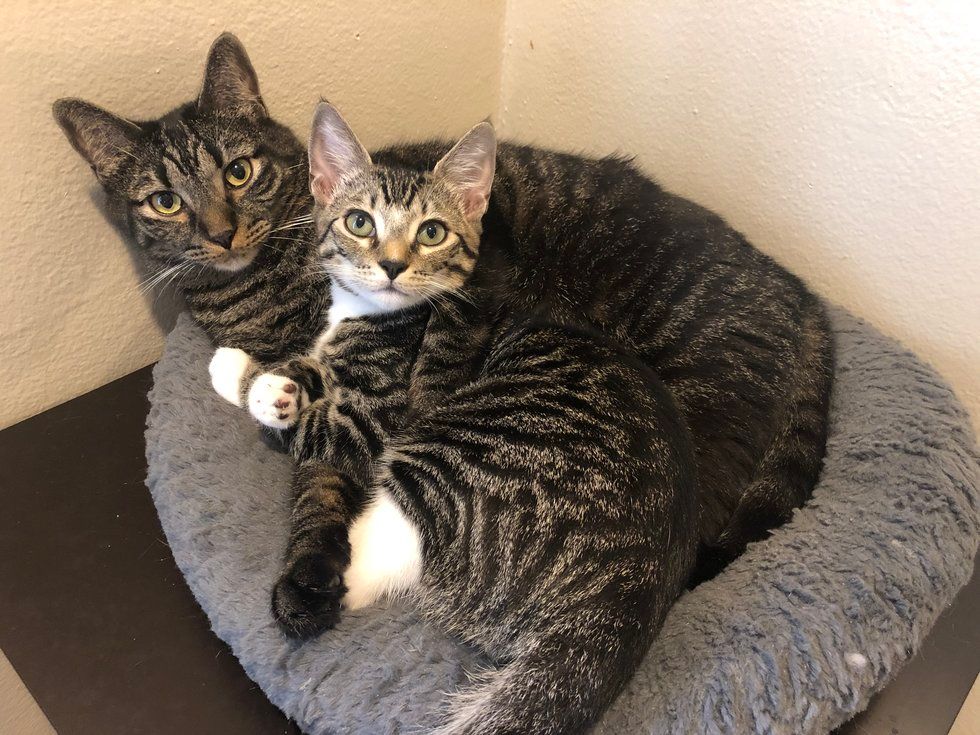 They officially made him a permanent part of their family and named him Bronx.

Watch Bronx and his journey in this cute video:


Stray kitten and his rescue journey

“Bronx is incredibly talkative, especially if he wants to grab your attention. You could practically have a conversation with him. He loves kisses and will climb up to get them,” Rachael told Love Meow.

“His favorite places to sit are on your shoulders, or in your lap. He also adores water and will try to climb in the shower with you. He knows how to open cabinets and particularly likes to open our drawers and run off with the steel wool. He is quirky and absolutely adorable.” 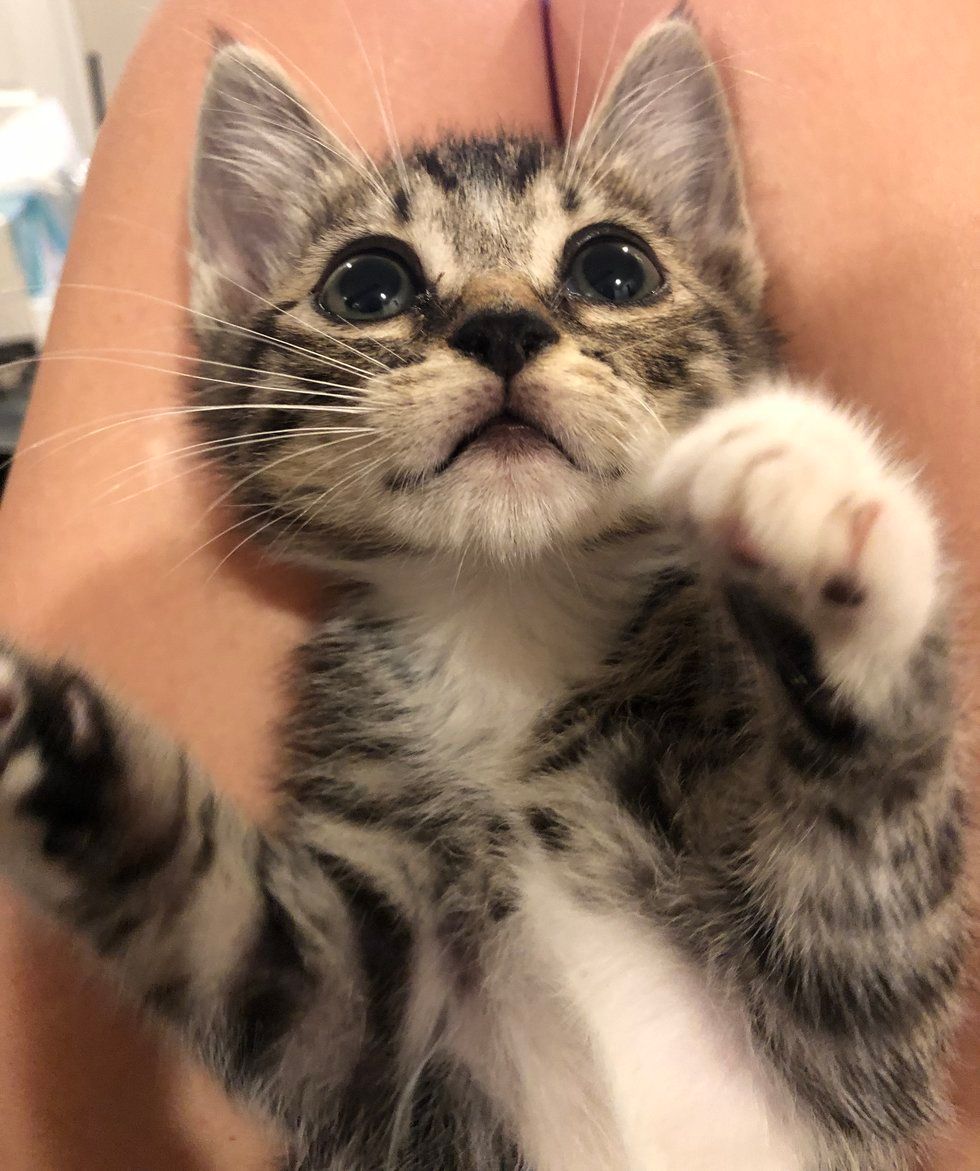 Now at four and a half months old, Bronx has blossomed into a handsome boy. He is healthy, rambunctious, and an excellent conversationalist. 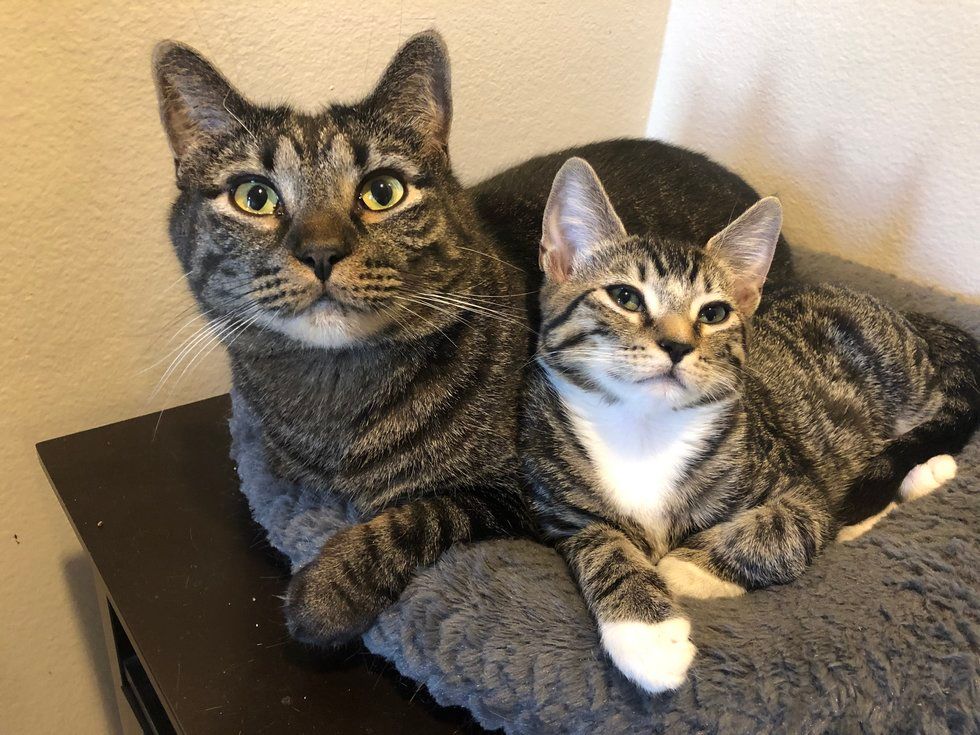 Instead of wandering the streets, Bronx is enjoying his VIP life with all the good food and toys, a big family that he adores, and plenty of cuddles to go around. 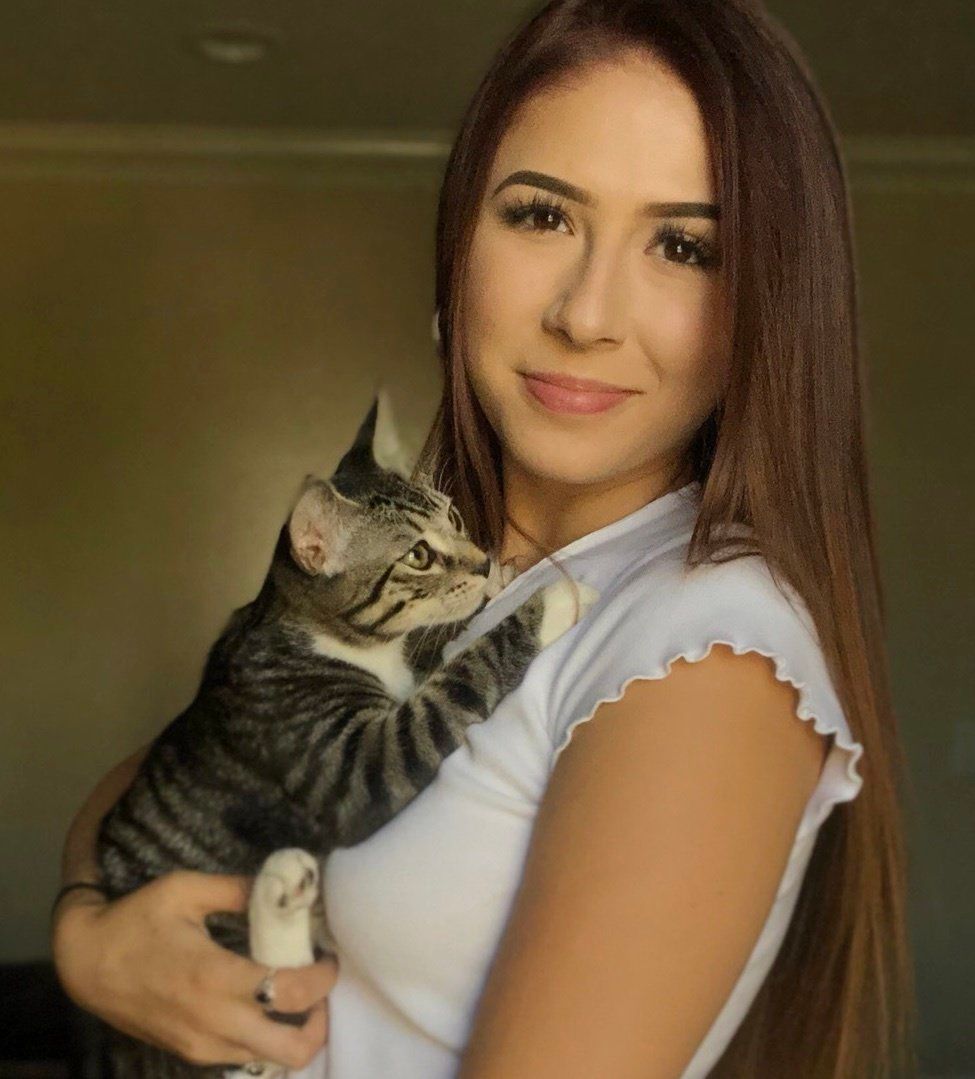 Related story: Family Agreed to Foster 4 Kittens Without a Mom But the Kitties Had Their Own Plan