In 2012, Matthew Smith, a fungal ecologist at the University of Florida, found himself hiking through remote, old-growth forests of Southern Chile. He and a colleague had secured a grant to search for fungi species undescribed and new to science, but Smith was particularly keen on finding his favorite kind of fungi: truffles.

“When I go to a new place, I always look for truffles,” he says. “They are understudied everywhere in the world. You never know what you will find.”

But finding these underground mushrooms was harder than he had expected. “When you’re in North America, you look for places of animal digs,” he says. “It looks like a squirrel dug out an acorn.” Mammals like voles, gopheundergrs, chipmunks, and shrews frequently eat truffles, so Smith and other truffle seekers often use these excavation sites as clues. But in the Aysén Region of Southern Chile, small mammals aren't as prevalent, he says. “So, you don’t see that kind of digging.”

The truffles that Smith was looking for in his trip weren't the same truffles that chef's revere and pigs and dogs are trained to sniff out. Mycologists refer to those edible treasures as “true truffles,” belonging to the genus Tuber. “There are no known native Tuber species in Chile,” he says. In Aysén, Smith was looking for other truffle varieties that are also found underground and produce spores inside the fruiting body. Truffles grow on the roots of trees, and their mycelia, or truffle roots, act as an extension of the tree’s own rooting system, helping it access essential nutrients and water from the soil.

A few days into his trip, Smith started noticing the litter-laden forest floor disturbed in distinct patches. “It looked like someone took a rake and scattered the leaves,” he says. The light-colored bamboo leaves that usually sat at the top of the leaf litter stack lay dispersed, exposing the dark, decomposing litter below. “I thought that was super weird,” he says, wondering if an animal had made that mess while searching for insects and possibly even truffles in the soil underneath.

As he scraped off layers of dirt in one such disturbed patch, Smith heard a loud wet wet call five-feet-away: A Black-throated Huet-huet on the ground nearby curiously watched him dig. As Smith took his truffle-searching to the next patch, the huet-huet used its large claws to scratch and examine his earlier dig for food. “It would go wherever I had moved,” he says. 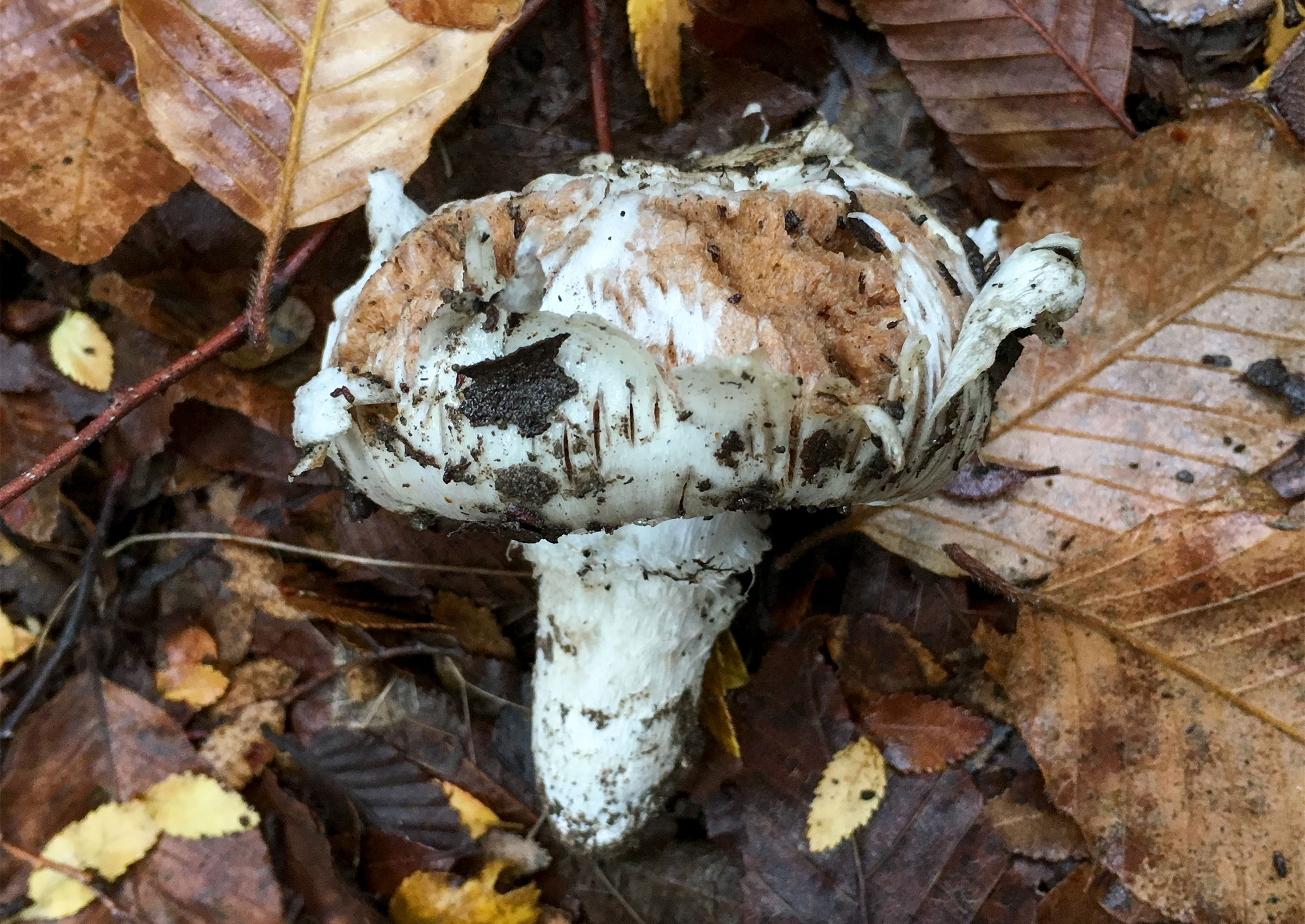 This raking behavior convinced Smith that it was the birds that were responsible for the forest floor’s unkempt look. His local guide confirmed that the huet-huet, and another common ground-feeding bird, the Chucao Tapaculo, regularly rummage through the litter and dirt. Smith had also unearthed dime-size truffles in some of these disturbed patches, leading him to wonder if these birds, much like mammals, were feeding on the mushrooms.

Records of birds eating truffles are few and far between.

Records of birds eating truffles are few and far between. So far, based on published observations and diet studies, Todd Elliott, a graduate student at the University of New England in Australia, has compiled a list of 18 bird species that feed on truffles. From birds like larks, coursers, and accentors that dig out desert truffles in North Africa and the Middle East to Superb Lyrebirds that devour more than a dozen truffle species in Australia, the association between avians and fungi may be “much more global” than we realize, Elliott says.

While only a handful of scientists have spent the last few decades unraveling these associations, some native cultures have known about the relationship between birds and truffles for generations. In Kuwait, for example, the local name of a desert truffle that birds eat, Phaeangium lefebvrei, translates to “bird’s fungus.” In Bahrain and Turkey, truffle gatherers look for sites that birds frequent to feast on P.lefebvrei, which might indicate ideal truffle-growing habitat and a possible spot for harvesting varieties edible for humans. And in the deserts of Central Australia, Elliot learned that folks from the Pitjantjatjara aboriginal community rely on bird calls and behavior to locate edible truffles. “Ornithologists and scientists have barely reported this,” he says.

One reason for this lack of scientific knowledge may be that that birds eating truffles is a difficult behavior for researchers to detect. When a ground-feeding bird lowers its head and sifts through litter and dirt, rapidly pecking at objects, it’s often hard to determine what the bird may be swallowing, Elliot says. Also, some truffle species can be extremely colorful and look almost like berries found in the local forest, he adds. The resemblance could trick birds into eating the fungi, but it may also lead an observer into erroneously thinking that the birds are consuming fruit and not truffles. 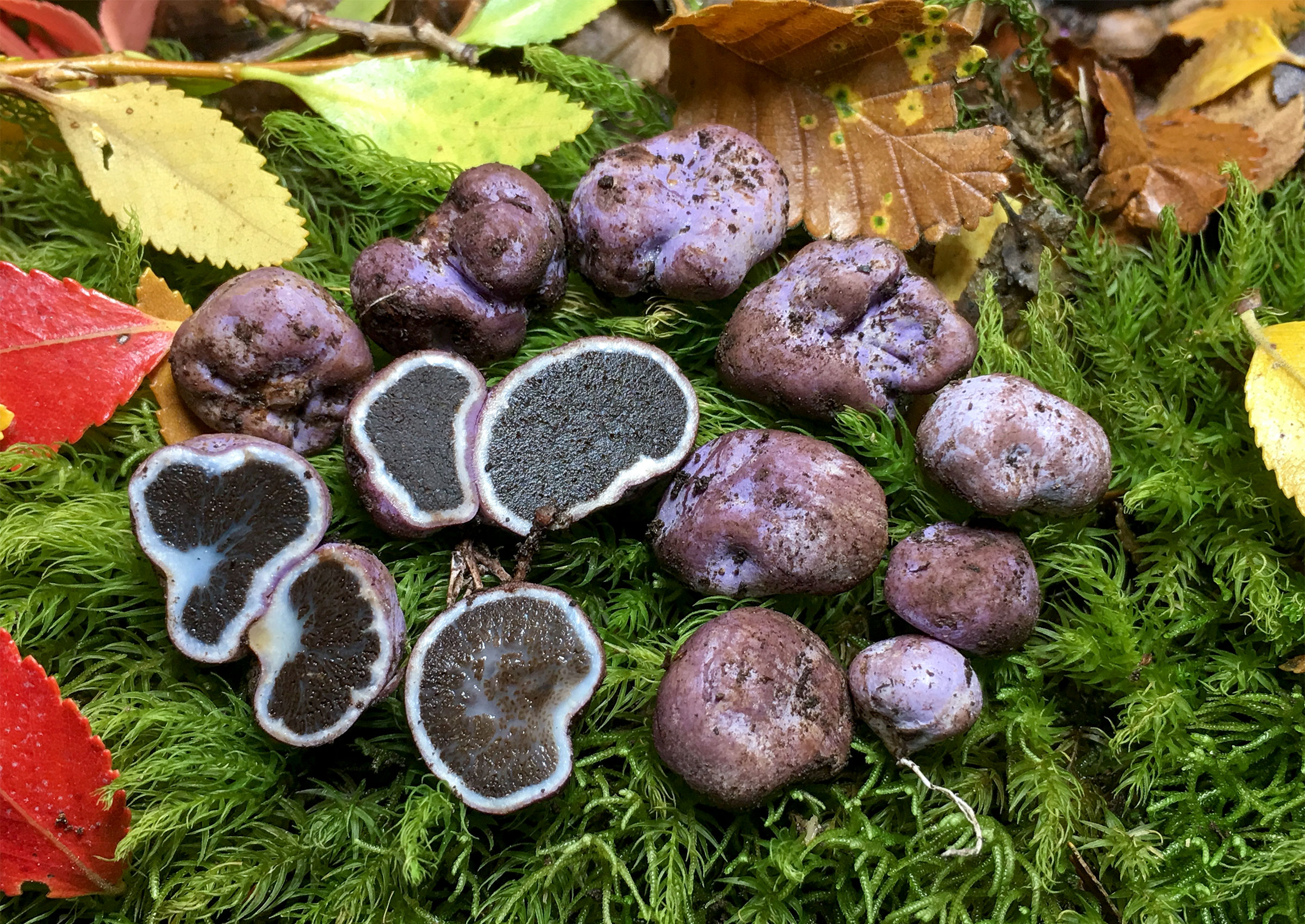 Smith and his graduate student, Marcos Vinicius Caiafa Sepúlveda, were aware of these limitations, so they decided to analyze the poop contents of the huet-huet and tapaculo instead. They first wanted to figure out if the birds were consuming truffles, and if so, whether the fungi were staples of their diet or only an occasional indulgence. Such information could hint at the role these birds play in dispersing truffle spores that otherwise remain locked inside the fruiting body, much like plant seeds. Such spore dispersal services could help maintain local truffle populations, which are in turn important for the health of several tree species that host them.

Based on preliminary analyses of a subset of 160 poop samples collected in 2018 and 2019, the Smith and Sepúlved found that truffles form a part of the huet-huet and tapaculo’s diet, along with insects and other foods. DNA analyses of genetic material in their poop revealed that they feed on at least 20 truffle species. Based on high-resolution microscopy observations, Sepúlveda also found that several truffle spores remained intact in the feces, which meant that they passed through the bird’s digestive tract without breaking up and could potentially germinate where the birds poop in the forest.

“I’m pretty convinced at this point that some of these truffles are dispersed primarily by these birds,” Smith says. While the birds don’t just eat truffles, he reckons that several truffle species depend solely on these birds to propagate.

What the pair still don’t know is if the birds actively seek out truffles and have a taste for them, or if they simply confuse some of the more berry-like fungi with real fruits. Next spring, they plan to conduct choice experiments, offering the huet-huet and tapaculo equal amounts of berries, truffles, and insects to figure out their diet preferences.

Meanwhile, the Black-throated Huet-huet and Chucao Tapaculo are set to join the small list of birds that are known to eat truffles. “We are only in the very early stages of understanding the full diversity of fungi and birds that are interconnected,” Elliot says. This new research “brings us one step closer to developing a better understanding of the important ecological role birds play through dispersing truffles.”