“If you asked me in 2015, ‘Tykee where do you see yourself in the next five years?’ The answer was math teacher. I wanted to help out a high school robotics team and also teach computer science,” says James. “My love of birds starts with the fact that I started birding as a job. It did not start off as a hobby like it does for most people. It did not start off as something my grandparents passed down. The interest grew because that part of my job coincided with my passion for engaging and serving my community.”

As Audubon’s government affairs coordinator, James helps shape and support the organization’s commitment to bipartisan advocacy for birds and the environment. Though he has been busy during the pandemic with leading advocacy trainings, moderating panel discussions, and attending virtual events, he misses the in-person aspects of his job like leading bird walks for members of Congress and their staff.

James navigates the environmental advocacy space as someone who sees the intersectionality between conservation issues and racial progress. Ever since his first job as an environmental educator at Cobbs Creek Environmental Center, James has always felt an immense responsibility to his community. Whether it be identifying plants in Philadelphia’s parks, recruiting students for fellowship programs, or building awareness around Audubon's The Discovery Center opening, James always finds a way to advocate for birds and the environment through the lenses of visibility and racial politics.

Just ask his close friend and mentor Tony Croasdale, an environmental education program specialist at Philadelphia Parks and Recreation. Though Croasdale was James’ first boss, their relationship has grown into something much more than that. Both are partners in an exciting media venture, the Wildlife Observer Network, they're co-hosts of the Brothers in Birding podcast, and James was even a groomsman at Croasdale’s wedding. Their ever-growing friendship and conversations on race have only made Croasdale more aware of his responsibility as a white ally, and the barriers of entry to a predominantly white space for people of color: frequent microaggressions, personal safety needs when birding by themselves, and feeling ‘gatekept’ out of birding events and communities by white counterparts and organizers. 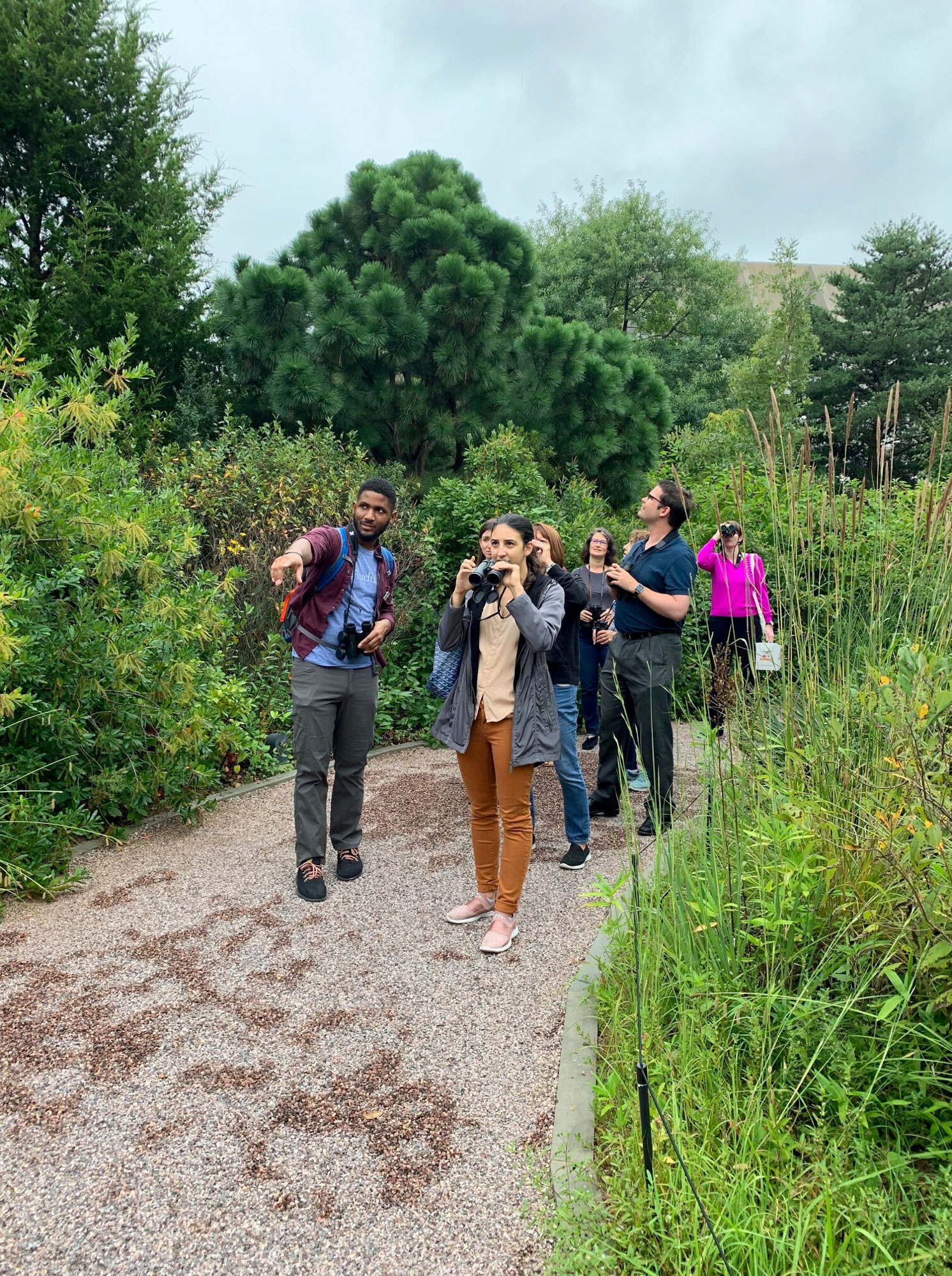 “No matter how equitable we make birding culture, the faces we see at birding hotspots will not reflect the country until the barriers to participation are addressed,” says Croasdale. “Tykee’s charisma is unmatched. He is 100 percent a self-made person, he is a person you want in your program. He is the person you want leading this work.”

One of James' top priorities is moving racial equity and justice forward in the conservation movement. Since he joined Audubon in 2018, James has led numerous equity, diversity, and inclusion efforts, including the creation of the People of Color (POC) Affinity Group for Audubon staff. And in response to the racist incident in New York’s Central Park where a white woman threatened Christian Cooper’s life while he was birding, James and fellow Black birders, scientists, and naturalists responded with Black Birders Week. Instead of focusing on trauma, James and co-organizers planned a week centered around strength, pride, style, humor, and fun. Through online programming, social media activities, and livestreamed discussions, the Black birding community came together to shine a light on the dramatically different experiences people of color have in conservation spaces. James says he hopes the overwhelming support for Black Birders Week is just the beginning, or ‘“​a snowflake in what will become an avalanche’”​ for the environmental movement. Though conservation has long excluded Black, brown, and Indigenous people, James believes that building diverse coalitions through movements like Black Birders Week will make the space more accessible.

“I am creative in making entryways, to federal engagement, birding, and community work, because I know what it feels like being the only Black person in the room. I will know when we have made racial progress in this country when every time we talk about climate change, we're also talking about who it disproportionately affects,” says James. “I have found that I have made the most impact by building coalitions with people – with creating the POC Affinity Group, starting the Wildlife Observer Network, and co-coalescing Black Birders Week. Birding is a coalition builder. The way it brought me to the table on environmental issues, is the same way I hope it brings people to the table on racial progress.”