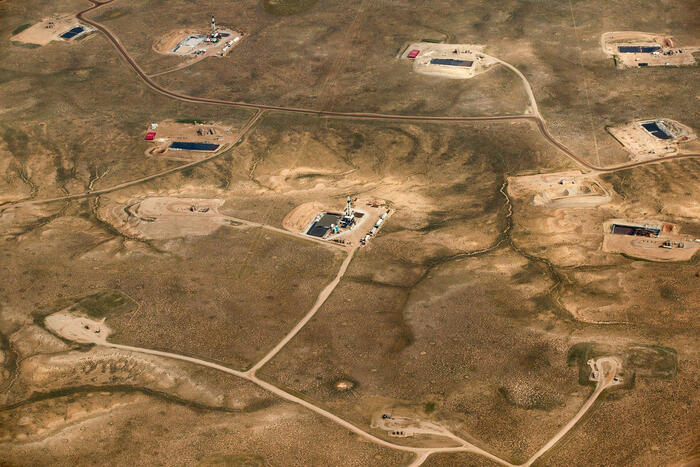 For conservation groups that have long sought increased investment in America’s public lands, victories don’t get much sweeter than the House’s passage last week of what advocates call a historic piece of bipartisan legislation.

The Senate already approved the Great American Outdoors Act (GAOA), so as long as President Trump signs it as he’s indicated he will, the 56-year-old Land and Water Conservation Fund (LWCF) will finally, permanently invest $900 million a year in buying land to protect habitat from development and expand public access to the outdoors. Supporters view the program as one of America's best tools for conservation, but Congress has routinely raided it for cash, providing it with less than half its intended allotment each year over the past decade.

The GAOA also creates a new fund to invest $9.5 billion over five years in addressing another longstanding priority for conservation and outdoor recreation groups: tackling a nearly $20 billion backlog of infrastructure projects on national parks, wildlife refuges, and other federal land.

“Passing the Great American Outdoors Act is quite simply the most significant investment in conservation in decades,” said Collin O’Mara, president and CEO of the National Wildlife Federation, in a statement. “It’s a huge win for wildlife, our natural treasures, our economy, and all Americans, who enjoy our America’s public lands for solace, recreation, and exercise, especially amid this pandemic.”

Yet even as supporters hail the bill as once-in-a-generation victory, some are uneasy about the funding source for its programs: The LWCF draws revenue from offshore oil and gas activity, and the new maintenance program will use funds from fossil fuel development on federal lands and waters. They view the legislation as a tricky tradeoff in which important efforts to protect wildlife habitat and open space for healthy outdoor recreation rely on the very activities that threaten ecosystems and human health by generating pollution and driving climate change. And with growing calls for the federal government to stop allowing new oil and gas development on public lands, supporters of the GAOA acknowledge that, sooner or later, they’​ll need to nail down a different funding source to sustain its conservation programs.

“Tying something as important as the long-term financial viability of our public lands to oil and gas exploitation—there is inherent contradiction in that,” said Kyle Tisdel, climate and energy program director at the Western Environmental Law Center. “While we can celebrate the passage of the Great American Outdoors Act and finally providing some long-term funding security for public lands, we at the same time need to be incredibly mindful of the impacts to our public lands from the climate crisis and a legacy of oil and gas exploitation.”

The GAOA enjoys broad bipartisan support, but it’s not without political baggage. Some view the bill as an accomplishment that Sen. Cory Gardner (R-CO) and Sen. Steve Daines (R-MT)—both of whom face tough challenges in November from Democrats in states with big outdoor recreation economies—can tout to pick up moderate votes and, if they’re re-elected, help Republicans retain control of the Senate. And the fossil-fuel industry has been happy to highlight its role in paying for conservation work. “You’re welcome! Oil and natural gas production on non-park, non-wilderness public lands will now help meet the mounting needs of our national parks,” said Kathleen Sgamma, president of the Western Energy Alliance, in a statement on the bill’s passage. “Without the royalty payments we provide, the conservation anticipated by this bill isn’t possible.”

Fossil-fuel production on federal property accounts for nearly a quarter of the nation’s carbon emissions.

Missing from Sgamma’s statement is the significant role drilling on public lands plays in fueling the climate crisis; a 2018 study by the U.S. Geological Survey found that fossil-fuel production on federal property accounts for nearly a quarter of the nation’s carbon emissions. Some Democrats want to tackle that problem by ending new federal fossil-fuel leasing—Joe Biden has pledged to halt new oil and gas permitting on public lands and waters if elected president—so that those emissions wind down as existing wells eventually stop producing.

If that happens, federal oil and gas revenue would also eventually dry up. No one Audubon magazine spoke with had a clear sense of how long that would take, but champions of the GAOA say there’s plenty of money coming in to fund the programs for the foreseeable future, even without any new leases. Last year the Department of the Interior disbursed nearly $12 billion from energy production to the federal treasury, state and local governments, the LWCF, and other programs.

Environmental advocates have yet to propose a clear alternative funding stream, although some say renewable energy royalties could pay for at least some future land preservation. Brett Hartl, government affairs director at the Center for Biological Diversity, suggests that the LWCF should be funded by taxpayer dollars, rather than relying on a source outside the treasury. “It’s one of the few things the federal government does that we have to find money for,” he says. “We don’t ask that question about funding the military or funding prisons.”

For now, the GAOA promises a much-needed cash influx, advocates say. “This is the funding source we have and we should use it,” says Nada Culver, vice president of public lands and senior policy counsel for the National Audubon Society, which supports the GAOA. As long as oil and gas companies are profiting from a public natural resource, it makes sense for Americans to reap benefits for public lands, she says. “The problem has been it hasn’t been fully funded. Public lands agencies have been historically underfunded for restoration, maintenance, conservation, and science.”

Despite having been fully funded only twice in its history, the LWCF is credited with helping to protect world-famous wild places like the Grand Canyon, paying for local parks in small towns and big cities across the country, and preserving habitat for threatened and endangered species such as Marbled Murrelet, Coastal California Gnatcatcher, and Red-cockaded Woodpecker. Those are among the reasons more than 850 conservation groups, local governments, and state and regional tourism boards signed a letter urging Congress to pass the GAOA, calling it “an unprecedented opportunity for a historic win for the American public and the places they care about.”

Even if there’s not yet a clearly articulated, sustainable substitution for fossil-fuel revenue, that’s no excuse for failing to act quickly on climate change, says Drew McConville, senior managing director for government relations for The Wilderness Society. “We have to take bold action that transitions us away from fossil fuels to clean energy,” he says. “I’m sure there are going to be naysayers who use park funding and LWCF funding as an excuse to push against that. But I don’t see that holding back something as significant as addressing the climate crisis.”